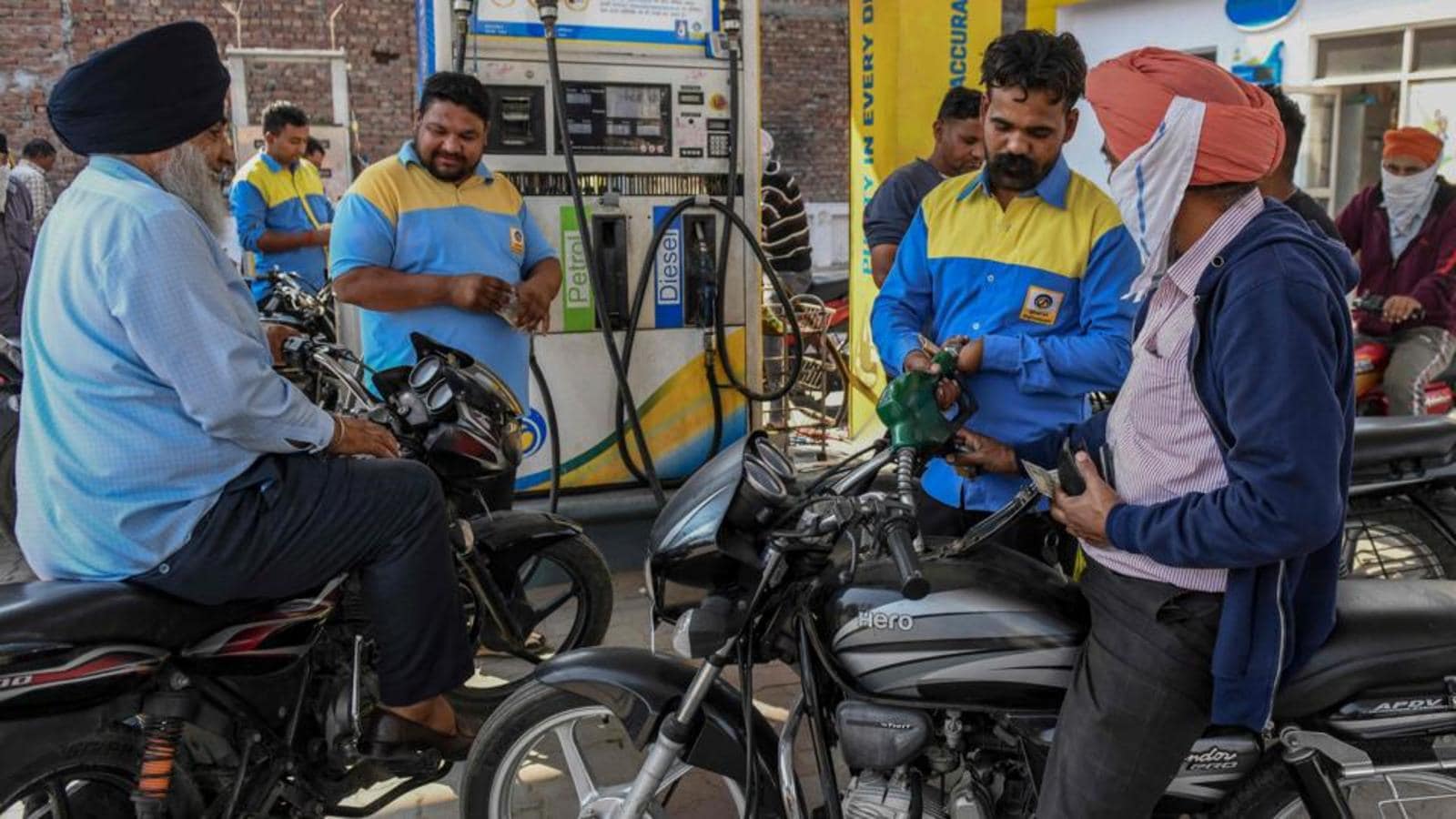 On November 3, the union government announced a cut in special excise duty on petrol and diesel by ₹5 and ₹10 respectively. The announcement also urged states to do the same . “States are also urged to commensurately reduce VAT (value added tax) on petrol and diesel to give relief to consumers” a press release from the union finance ministry said. Another release, issued by the ministry of petroleum on November 5, listed 14 states and union territories which had not reduced their VAT on petrol and diesel. Almost all of these states are ruled by non-NDA parties. Are these states not cooperating with the centre in bringing down inflation?

There is a difference between central and state taxes on fuel

Central taxes on petrol and diesel are split into multiple components. While some of these taxes are ad valorem – tax imposed as a share of price of the commodity — in nature, some of them are fixed. While state taxes are also a mix of ad valorem and fixed, the latter is a much smaller share than the former when compared to the taxes levied by the centre. Data from the ministry of petroleum shows this clearly. In many states, the ad valorem taxes have an upper limit, which means that even when prices increase beyond a point, taxes do not increase.

See Chart 1 and Chart 2 (or Map): Central and State taxes on petrol-diesel

State taxes are levied on the price which is inclusive of central duties and dealers’ commission. This means that a cut in central duties automatically lowers the tax burden on account of state taxes as well. Ashok Gehlot, the chief minister of Rajasthan, made this point in a tweet on November 4.

This can be seen clearly from the price build up data for petrol and diesel which is available for Delhi. A litre of petrol in Delhi on 16 October included ₹32.9 as central excise duty and the state tax (VAT) on it was 24.34.After the cut in excise duty to 27.9 on 4 November, the VAT component has fallen to 23.99. Similarly, a litre of diesel included ₹31.8 as excise duty on 16th October which resulted in VAT of 13.8.This amount has reduced to ₹12.7 after central excise duty was cut by ₹10. This is why the price of petrol and diesel has fallen by more than ₹5 and ₹10 per litre in the four metro cities.

See Chart 3: Change in petrol and diesel prices in state capitals before and after centre’s cut

India’s constitutional framework calls for a formula based – it is decided by the Finance Commission every five years – distribution of revenues between the centre and states. The latest award, which was decided by the 15th Finance Commission, put the share of states at 41%. However, special duties and cesses collected by the centre do not come under the divisible pool which is governed by the finance commission’s awards. With the centre shifting a bigger share of petrol-diesel taxes under the special duty/cess heads, states have seen a fall in their share in taxes collected from sale of petroleum products in the country. This share was the lowest since 2014-15 in 2020-21, when the states faced the biggest fiscal squeeze on account of pandemic related spending. The share has improved in the first quarter of 2020-21, perhaps on account of higher prices leading to higher tax collection on ad valorem state taxes.

India’s fiscal federalism framework is in a deep crisis and this predates the pandemic’s disruption to the economy.

Its reform-quotient notwithstanding, the Goods and Services Tax (GST) has played an important role in this. To get the states to agree to GST, the centre agreed to provide 14% guaranteed growth in the base revenue of the states for five years following the roll-out of GST. The promise has run into both short-term and long-term difficulties. The centre has not been able to collect adequate compensation through the compensation cess and has had to facilitate state borrowing in collaboration with RBI. Repayment of this borrowed amount will be made by extending the period of the compensation cess. Even after this mess is sorted, a lot of states might see a reduction in their revenue collections when the centre stops its guaranteed compensation programme.

Then there is the fear among states that the centre is violating the spirit of finance commission awards by shifting more of its taxes outside the divisible pool. But what is also true is the fact that the political calculations have led to the centre taking greater spending responsibilities in areas where the states should have played a bigger role. Schemes such as PM-KISAN etc. – agriculture is state subject in the constitution – are the biggest example of this. N K Singh, the chairperson of the 15th Finance Commission echoed these concerns in a HT interview published on February 5, 2021 when he admitted that he thinks the Seventh Schedule of the Constitution (the part which divides domains into central, states and joint Centre-states jurisdiction) has outlived its purpose. “The Seventh Schedule decided to classify between the three categories… what would be in the exclusive category of the Union, exclusive domain of the states, and what would be in the concurrent list. There was a degree of clarity in that. Over a period of time, you have really transgressed from one end to the other. Most of the centrally sponsored schemes are subjects which are classic subjects in the domain of the states, such as employment, food, education,” he said then.

This is a trend which is likely to continue, as delivery of centralised welfare benefits is one of the biggest electoral planks of the Bharatiya Janata Party.

Bharti Singh reveals she didn’t know she was pregnant for 2.5...

Man beaten up after being tied to tree ‘for attacking schoolgirl’;...

‘As if we’re terrorists’: Congress MP Adhir Chowdhury on row with...

We may make mistakes, but our intent is never wrong: Haryana...