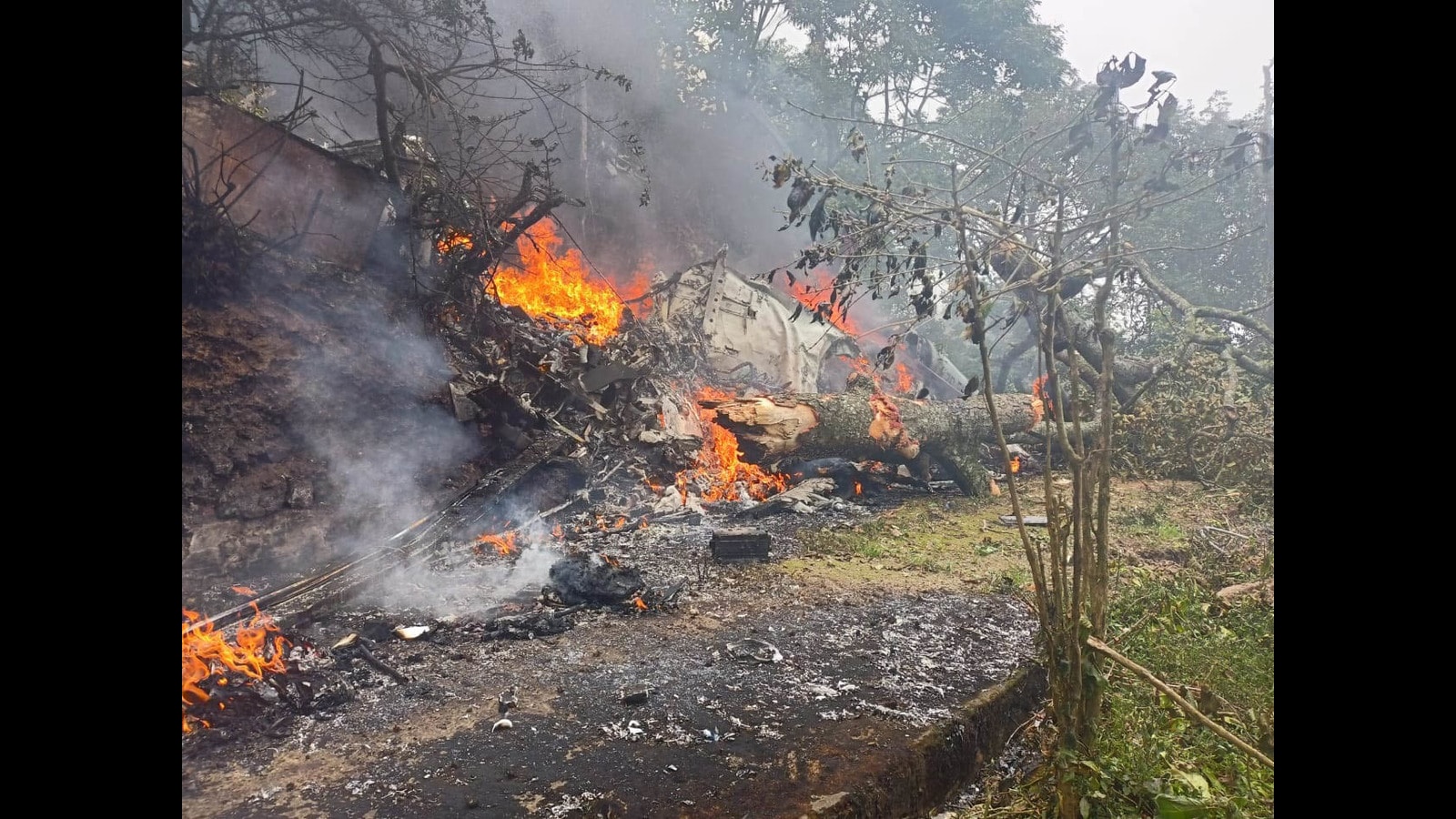 NEW DELHI: The horrific Mi-17V5 chopper crash near Coonoor on Wednesday, that resulted in the deaths of chief of defence staff General Bipin Rawat, his wife Madhulika , defence assistant Brigadier LS Lidder, and 10 others has turned the spotlight on previous air accidents involving top military officials.

Making a statement in Parliament on the crash, then defence minister YB Chavan said, “In the death of these officers, our defence forces have lost very distinguished, able and promising leaders. Their great qualities of leadership have contributed greatly in the past, particularly of Lieutenant General Daulat Singh and Lieutenant General Bikram Singh, and particularly Air Vice Marshal EW Pinto did great work in the last air exercises.”

“In their death, we feel that we have lost something very valuable,” he said.

The CDS chopper crash is also a reminder of the February 1952 Devon crash that almost wiped out the Indian Army’s top brass, including two future chiefs. Lieutenant General SM Shrinagesh and Major General KS Thimayya, both of whom went on to become army chiefs, survived the crash. Miraculously, there were no casualties in the crash.

Flight Lieutenant Suhas Biswas, the pilot, was awarded the country’s highest peacetime gallantry award, Ashoka Chakra, for his heroics and outstanding presence of mind that saved the lives of all the people on board. It was the IAF’s first Ashok Chakra. Biswas died in a Dakota crash in the Nilgiri hills a few years later.

The generals were later invited to spend the night at the residence of Major Gen BS Chimney, UP Area commander. At dinner, Chimney’s wife asked them how they came out of the burning aircraft. The witty Shrinagesh replied, “In the same order as we went in.”

In his personal notes, Shrinagesh wrote, “Just when the brave pilot had regained control of the aircraft, my eyes shot back to the engine. It had by now disappeared, leaving a gap without any trace of flames.”

In a letter to Shrinagesh, Prime Minister Jawaharlal Nehru said, “As it’s all over now, one can look upon it with composure. It is perhaps a good thing to face such contingencies provided one survives.”

Eight senior military officials were killed in a Mi-8 chopper crash in Bhutan in May 1993, including then Eastern Army commander Lieutenant General Jameel Mahmood.

Former Northern Army commander Lieutenant General Ranbir Singh and eight others were injured in a Dhruv advanced light helicopter crash in the Poonch sector in October 2019.

Morning brief: Supreme Court on parental anxiety over schooling and all...

Shutters down for banks as employee strike continues for second day

Ahead of Cyclone Jawad, Odisha preps for evacuation, shuts schools

On CoWIN, Centre now allows 6 people to register on one...

Novovax Covid-19 vaccine gets emergency use approval for 12-18 age group...