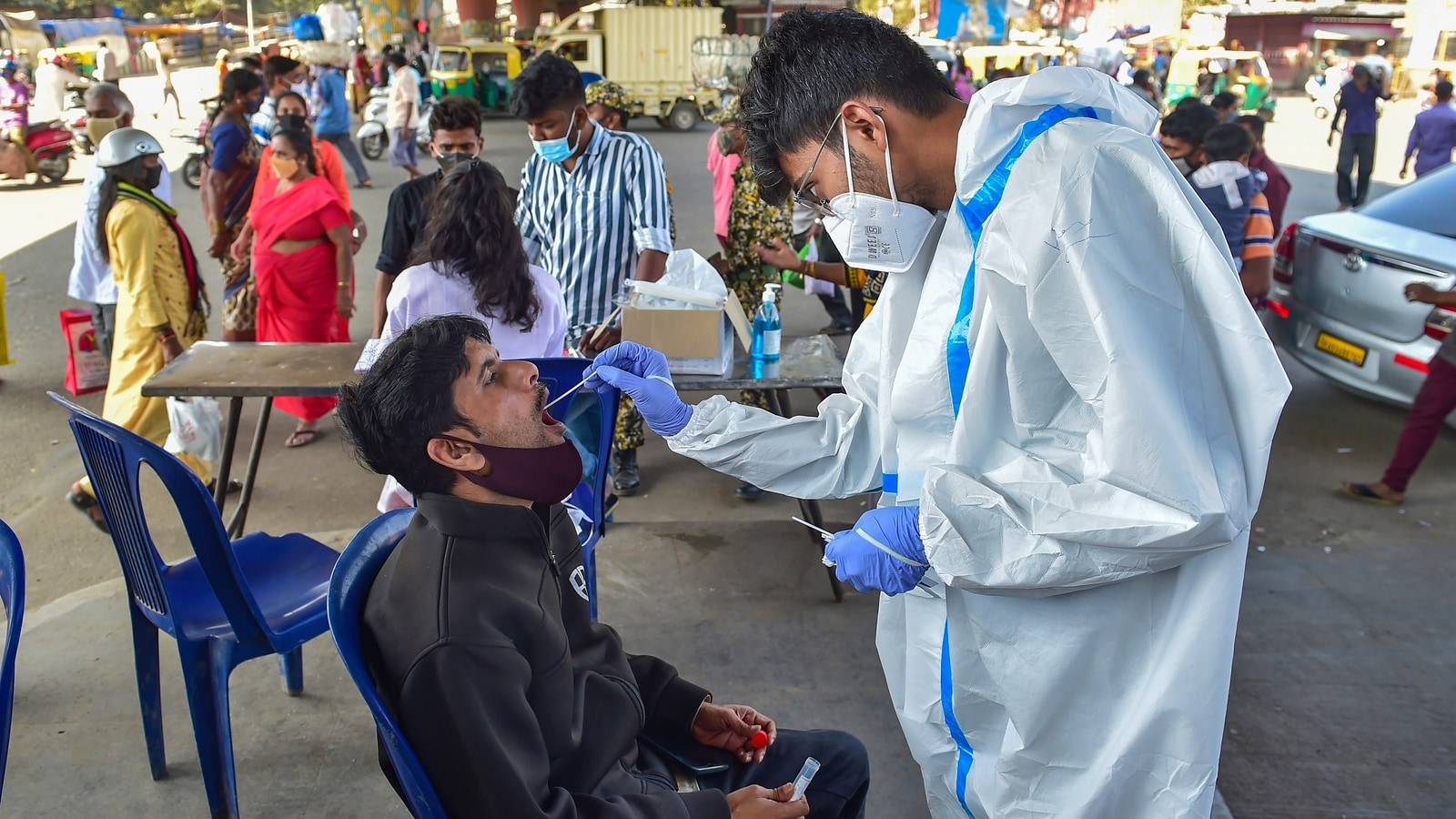 Kerala reported the highest single-day rise of Covid cases, since the beginning of the pandemic in 2020, on Thursday. Bengaluru reported over 30,000 fresh Covid cases in last 24 hours.

The third wave of the SARS-CoV-2 pandemic which is believed to have crossed its peak in Delhi and Mumbai has hit hard Karnataka and Kerala as both the southern states reported a record surge in the last 24 hours. India on Thursday reported over 3 lakh cases, the highest in the ongoing third wave of the pandemic. The impact of the Omicron-driven third wave was felt first in Delhi and Mumbai, but now the wave has shifted the south with Kerala reporting 46,387 fresh cases on Thursday which is the highest-ever single-day spike.

Given the fact that Kerala was one of the worst-affected states in the pandemic, the tally of the last 24 hours is significant. During the second wave, Kerala reported 43,529 Covid cases in a day, the highest before Thursday. The rate of hospitalisation remains low.

Kerala health minister Veena George said on Wednesday that the state has already started witnessing the third wave of the pandemic. The minister said both Delta and Omicron are contributing to the surge in the state. If the range of spread was 2.68 per cent during the second wave, it was 3.12 per cent these days and the next three weeks would be crucial for the state, the minister said.

Karnataka too witnessed a massive spike on Thursday recording 47,754 fresh cases. Out of these cases, 30,540 are from Bengaluru, the state bulletin said.

Gyanvapi Masjid survey in UP begins after court order amid tight...

Remarks on ex-CM Police tell SC panel no case made out...