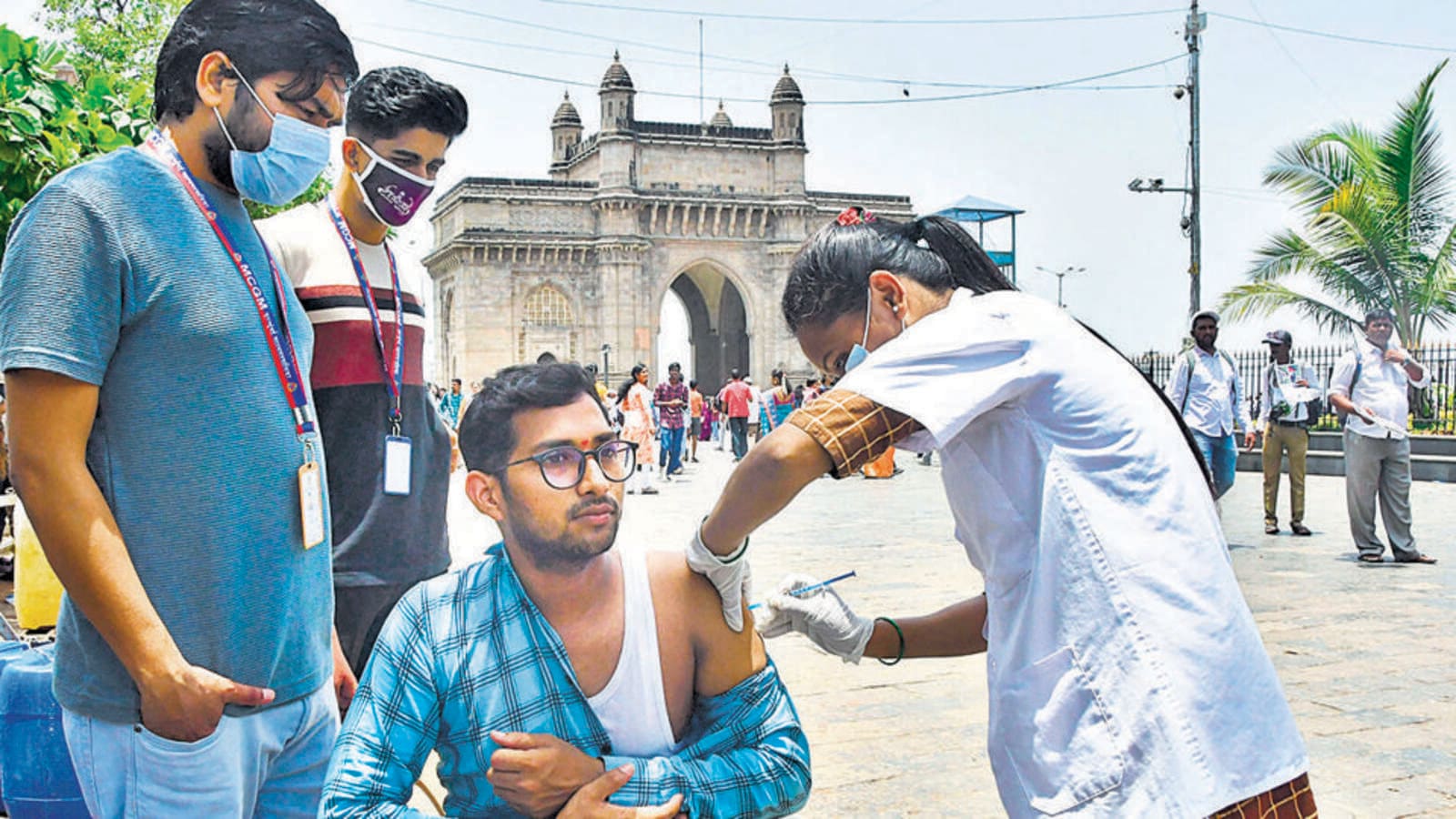 With 4,283 new cases of Covid-19 reported across India on Wednesday, according to HT’s dashboard, the country saw the biggest single-day spike in infections in at least 80 days even as fears emerged that the outbreak is again starting to rise in a handful of urban centres across the country.

But an analysis by HT shows that while case numbers may be rising in some urban centres, prompting a need for caution in metros, other on-the-ground statistics such as hospitalisations indicate that there is no need for panic. Here are some charts that explain this.

The bad and the good: Cases inching up in most urban centres, but will such trends continue?

A rapid rise in cases in Mumbai

The seven-day average of daily infections in Mumbai — a statistic that represents a “case curve” of a region – has now climbed to 424 cases a day for the past week. Just two weeks ago, this number was 143 . This means that the case curve has grown 196% in just two weeks in the country’s financial capital. This is the fastest surge among the major cities in the country, according to data compiled by How India Lives (HIL).

But is this spike simply a result of a higher rate of testing? It does not appear to be so. The daily test positivity rate in the city has jumped from sub-2% to nearly 9% in the past few weeks, according to data furnished by the Brihanmumbai Municipal Corporation (BMC). In the past week, an average of 5.3% of all samples tested in the city have returned positive, while two weeks ago (for the week ended May 18), this metric was merely 1.8%. This means that the average positivity rate has jumped 3.5 percentage points in the city in the past two weeks – showing clearly that merely heightened testing cannot be behind the surge.

[Chart 1a: New infections and positivity rate in Mumbai]

Among India’s major metropolitan cities, Chennai has second largest spike in infections. The seven-day average of daily cases in the city has jumped from 21 average infections a day to 39 average infections a day in the past two weeks – an increase in case curve of 89% in the time period (although the absolute number is still small). While the positivity rate in Chennai hasn’t seen the rather extreme spike witnessed in Mumbai, it is still rising, data furnished by the state government shows. While around 1% of Covid tests were returning positive in the city in mid-May, this number was 2.7% on June 1. On average, 1.7% of all samples tested in the past week have returned positive, against 1% for the week ended May 18 (two weeks ago).

[Chart 1b: New infections and positivity rate in Chennai]

Is Pune following in Mumbai’s footsteps?

Another city from Maharashtra finds itself on the third spot in terms of the case curve (seven-day average of daily Covid cases) among India’s major urban centres. In the past two weeks, the seven-day average of daily infections in the city has jumped 60% — from 47 average daily cases for the week ended May 18 to 75 cases a day in the past week. Test positivity data from the city, however, was not made available by the city administration.

The seven-day average of daily cases in Bengaluru has jumped from 114 average cases a day to 172 average daily infections in the past two weeks – a 51% increase in case rate. The positivity rate in the city, however, has only seen a miniscule rise – the seven-day average test positivity rate has increased 0.2 percentage points in the city in the past two weeks, according to data published by Bruhat Bengaluru Mahanagara Palike (BBPM).

Delhi shows that small outbreaks can be contained

While other major metros in the country are seeing a rising spike, Delhi which has put its spike behind it, is currently in the middle of what appears to be a gradual decline in infections. In early May, the national capital saw a spike in infections when the case curve touched a small peak of 1,423 for the week ended May 3. Since then, this number has been steadily going down – it has contracted 42% in the past two weeks, data shows. A similar trend is reflected in the city’s average positivity rate, which has dropped 1.1 percentage points in the same time period.

The key takeaway from the number for Delhi is that with widespread vaccination in the country, outbreaks can be easily contained by the government without spikes getting out of hand – an outcome that may become the new normal as the world begins to learn to live with the virus.

Hospitalisation and death levels remain a minuscule proportion across all cities

Another good sign is that the number of hospitalisations remain a minuscule proportion of the total available hospital beds earmarked for Covid-19 patients in nearly every city mentioned above.

As things stand on Wednesday, only 0.42% of Mumbai’s 24,473 hospital beds earmarked for Covid patients are occupied. Not a single Covid patient is currently hospitalised in Chennai and Bengaluru, according to data from their respective administrations.

And while this number may rise with the growing trajectory in these cities, the numbers from Delhi are even more encouraging — the Capital, which has already seen the peak of its minor bump in infections currently has only 0.82% of 9,595 Covid-designated hospital beds occupied.

By extension, daily Covid deaths have also remained low (in the case of Delhi), or next to nil in the other major cities analysed here, data shows.

[Chart 2a and 2b: Hospitalisations, seven-day average of daily deaths]

Why tracking the outbreak in these cities is crucial

One of the reasons why these cities have been exclusively shortlisted for such an analysis is because of a trend that has become evident in the two years of the pandemic in India and abroad – cases first start rising in major urban centres, before they spill over to the smaller cities and rural centres.

This is why numbers from two cities in particular – Delhi and Mumbai – have foreshadowed each of the country’s three distinct Covid-19 waves.

This means that by closely tracking the outbreak in India’s large urban centres, the larger trend in the country can be predicted – and as such can serve as a warning for state governments to prepare in advance for any upcoming surge in infections across the state.

Jitendra Kumar on mimicking Arvind Kejriwal in TVF spoof: ‘It was...