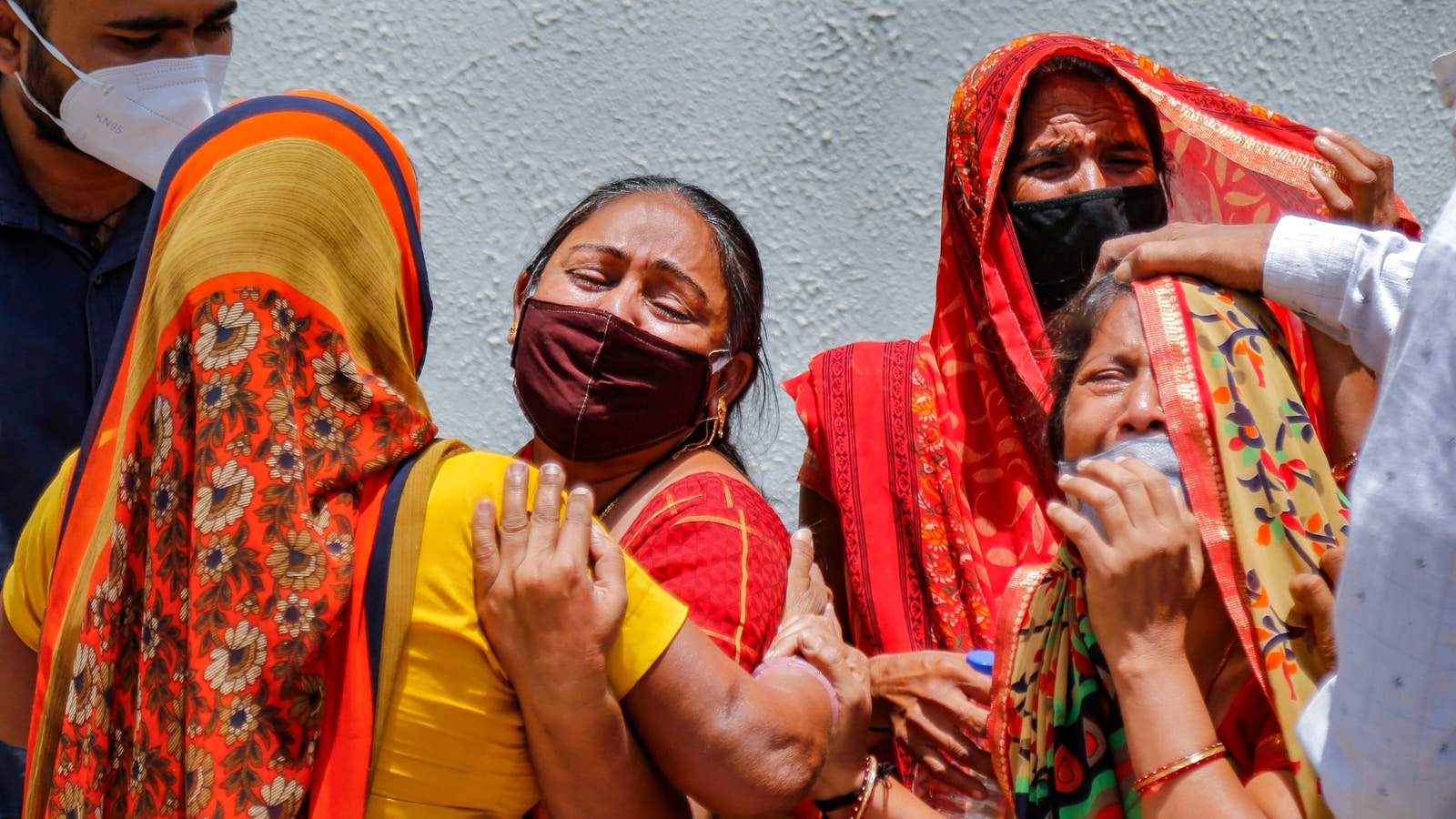 The Supreme Court on Friday gave a one-week deadline for states and Union territories to clear the backlog of claims for ex gratia compensation for Covid deaths.

The court, while monitoring the implementation of its orders passed on June 30 and October 4 directing that ₹50,000 be paid as compensation for Covid deaths, noticed that some states were slack in implementing its directions. In the cases of Delhi, Chhattisgarh and Karnataka, the information was not available since no notice was issued to them asking for it, and the court remedied that on Friday. A bench of justices MR Shah and BV Nagarathna said, “We issue notice to the chief secretaries of Karnataka, NCT of Delhi, and Chhattisgarh, directing them to file status reports on deaths registered, applications/claims received and claims sanctioned or paid.”

Going through a chart prepared by additional solicitor general (ASG) Aishwarya Bhati, the court found that in Maharashtra, Andhra Pradesh, Kerala, West Bengal, Punjab, and Tamil Nadu, a huge gap existed between the total deaths, the claims received, and the actual payments released. From some states, including Rajasthan, no information was given on the total claims received.

This chart also indicated that in Delhi, out of 26,128 claims, payment was already disbursed in 21,179 cases. The corresponding figures for Karnataka were 7,277 claims settled against 38,220 deaths, and for Chhattisgarh 11,329 claims settled out of 17,567 applications received.

“Despite strong observations made earlier, only in 8,000 cases, payments have been made,” the bench said about Maharashtra. Directing the state to process the remaining claims within a week, the bench observed, “We don’t understand the problem that always we have to fire at you. Tell your officers, this can’t become a daily affair.”

Kerala, with an official tally of 40,855 Covid deaths, managed to release payments to only 548 people out of the 10,778 applications received so far. The state was directed to process the remaining claims within a week, and give wide publicity through newspaper advertisements issued in local and vernacular newspapers on same model as issued by Gujarat government.

Gujarat reported total Covid deaths of 10,094. It has till date received 40,467 claims for compensation, almost four times the reported figure of deaths. Of these claims, payment has been made against 26,836 claims.

Shyam Benegal reveals his mantras while making biopics and documentaries

Day before its budget session, SGPC says no truth in allegations...