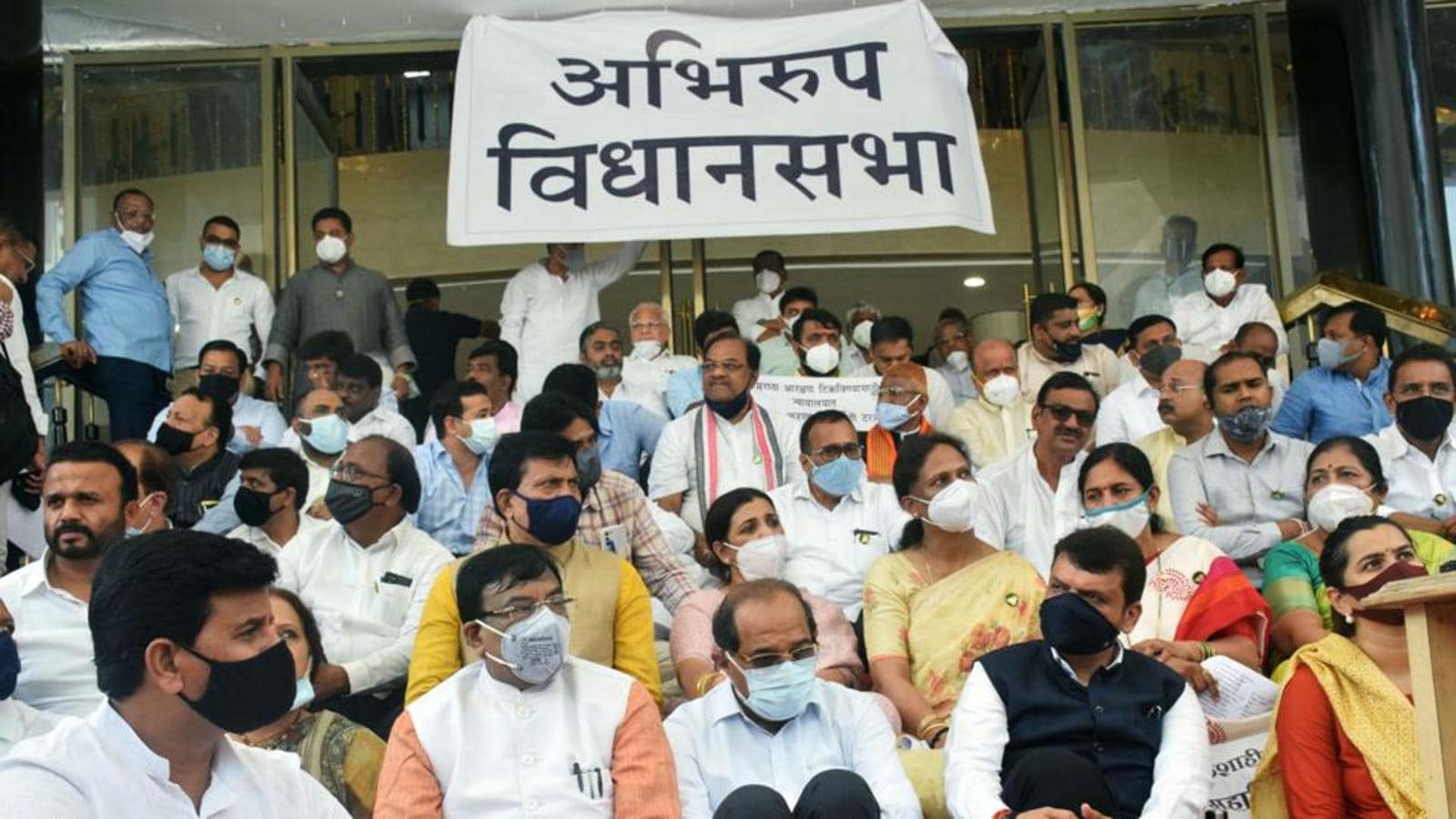 NEW DELHI: The Supreme Court on Tuesday hauled up the Maharashtra assembly for its decision to suspend 12 BJP MLAs in July 2021 for one year, saying such a move could be dangerous to democracy and appeared to be unconstitutional.

“The House (Assembly) is governed by Constitution and fundamental rights. If there is a statutory obligation in filling up a vacancy, at best within six months, anything beyond that is unconstitutional,” a three-judge bench headed by justice AM Khanwilkar said in preliminary observations during a hearing into a bunch of petitions filed by the 12 MLAs against the assembly resolution of July 5, 2021, to suspend them from the House for a year.

The MLAs were accused of misbehaving in the House and using “abusive language” against the presiding officer, Bhaskar Jadhav.

The bench, also comprising justices Dinesh Maheshwari and CT Ravikumar further stated, “Even if we accept the argument that the House has the power to suspend, you cannot create a constitutional void or hiatus where a constituency remains unrepresented for a year. If a member is expelled, there is a vacancy that can be filled within six months. This is worse than expulsion as the constituency has no remedy. Each constituency has equal power to be represented.”

The observations followed the arguments by the MLAs, represented by senior advocates Mukul Rohatgi, Mahesh Jethmalani and Sidharth Bhatnagar.

Jethmalani said that principles of natural justice were not followed as the MLAs were not heard before passing the resolution. Rohatgi said that the only means to punish an unruly act of a member of a House is by suspending the legislator for a maximum period of 60 days or expelling the said legislator, in which event, the seat has to be filled by a fresh election.

However, Bhatnagar submitted that under Article 190(4) of the Constitution, a seat can be declared vacant due to a member’s absence without permission for a period of 60 days. Keeping a member suspended beyond this period has a detrimental effect on democracy, Bhatnagar said.

Appearing for the Maharashtra government, senior advocate CA Sundaram told the court that the power to suspend was absolute and there could be no fault with that decision of the state assembly. He further stated that the unruly acts were witnessed by the Speaker and members and they were within their power to pass the resolution of July 5. The speaker was not represented in the proceedings.

The bench told Sundaram, “Your argument is dangerous for democracy. Absolute power doesn’t mean unbridled power. Who knows this can be a precedent for experimentation. Today it is 12, tomorrow it may be 120. Is it not hitting the basic structure of the Constitution?”

The court said that these are just prima facie thoughts and would not be the final outcome. It gave time to the state government to prepare its reply to the questions posed by the Court and posed the matter for hearing next Tuesday.

In their petition filed through advocate Abhikalp Pratap Singh, the 12 MLAs — Sanjay Kute, Abhimanyu Pawar, Ashish Shelar, Girish Mahajan, Atul Bhatkalkar, Harish Pimpale, Parag Alavani, Yogesh Sagar, Jayakumar Rawat, Narayan Kuche, Ram Satpute and Kirtikumar Bhangadia — stated that the resolution for their suspension, brought by the parliamentary affairs minister Anil Parab, was a “malafide” action as it was passed with a majority voice vote. The resolution accused them of misbehaving in the House and using “abusive language” against the presiding officer Bhaskar Jadhav.

In March 2017, the Devendra Fadnavis government also moved a resolution to suspend 19 MLAs of the Congress and Nationalist Congress Party for nine months for creating ruckus in the assembly during the presentation of the annual budget. The suspension, however, was revoked the following month.

‘Should Congress be forgiven?’: Rajnath Singh on PM’s security lapse in...

Rahul Gandhi on video of Indians in Ukraine: ‘Can’t abandon our...

Stopgap measure for children at govt school in UP who were...