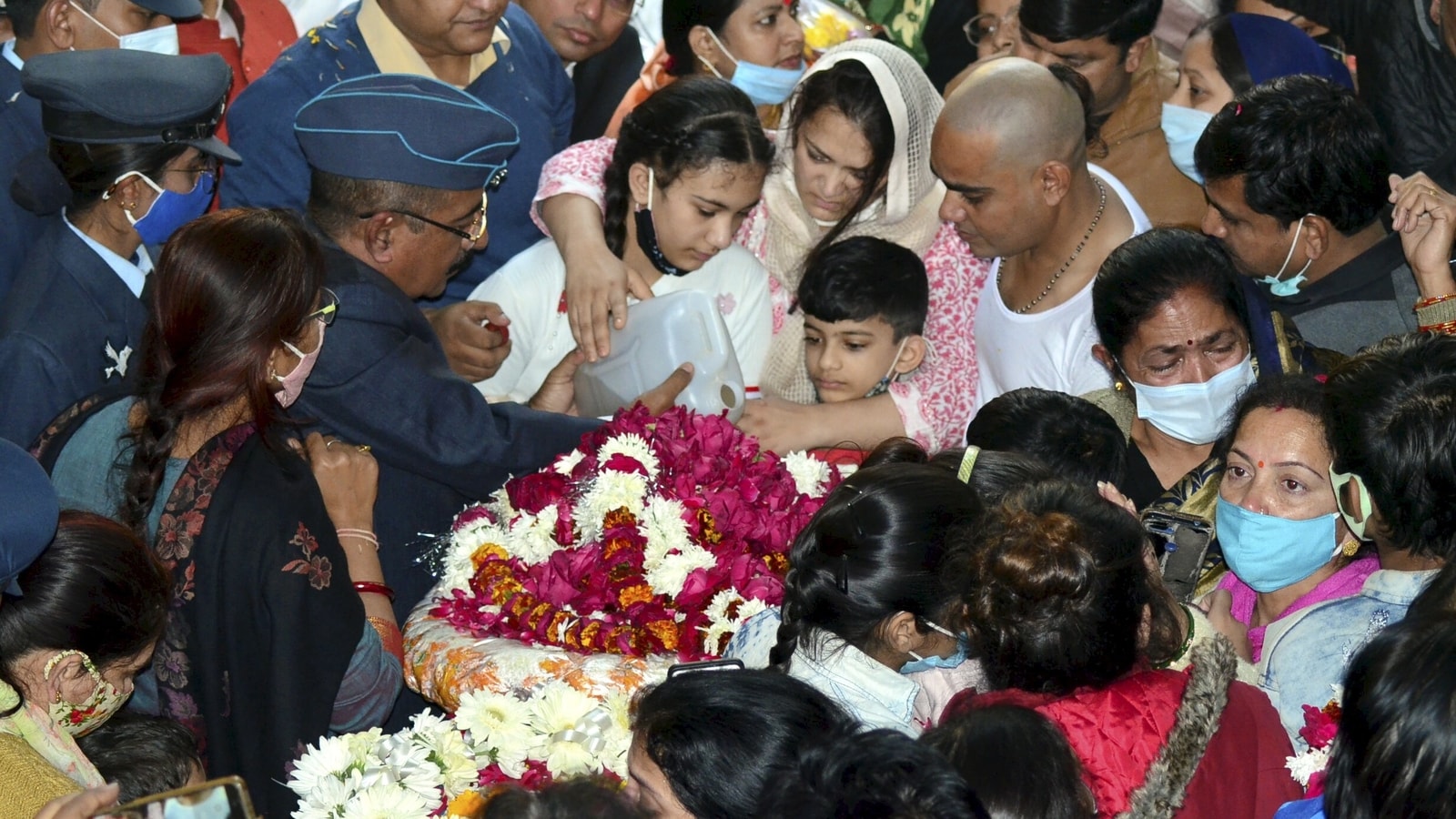 The video of the seven-year-old taking his father’s cap and wearing it during the last rites has moved people to tears.

The last rites of the pilot of the Mi17V5 IAF helicopter which crashed on Wednesday killing 13 on board were performed on Saturday in Agra. Wing Commander Prithvi Singh Chauhan’s daughter Aradhya (12) and son Aviraj (7) performed the last rites bidding their father a tearful adieu. Aradhya who is a Class 7 student said she wanted to follow in her father’s footsteps and become a pilot of the Indian Air Force. He was her hero, Aaradhya said. “My father used to advise me to focus on my studies and not chase marks. He believed marks would follow if I focused on studies,” she said.

The video of the seven-year-old taking his father’s cap and wearing it during the last rites has moved people to tears.

This is so hard to watch 💔

Wing Commander Prithvi was born and brought up in Madhya Pradesh. His family moved to Agra in 2006 where his father started a bakery business. Recalling the last call with his son, his father 74-year-old Surendra Singh said he had a chat with him a few days ago regarding an appointment for his mother at the military hospital. On Wednesday, the family got to know about the plane crash from television.