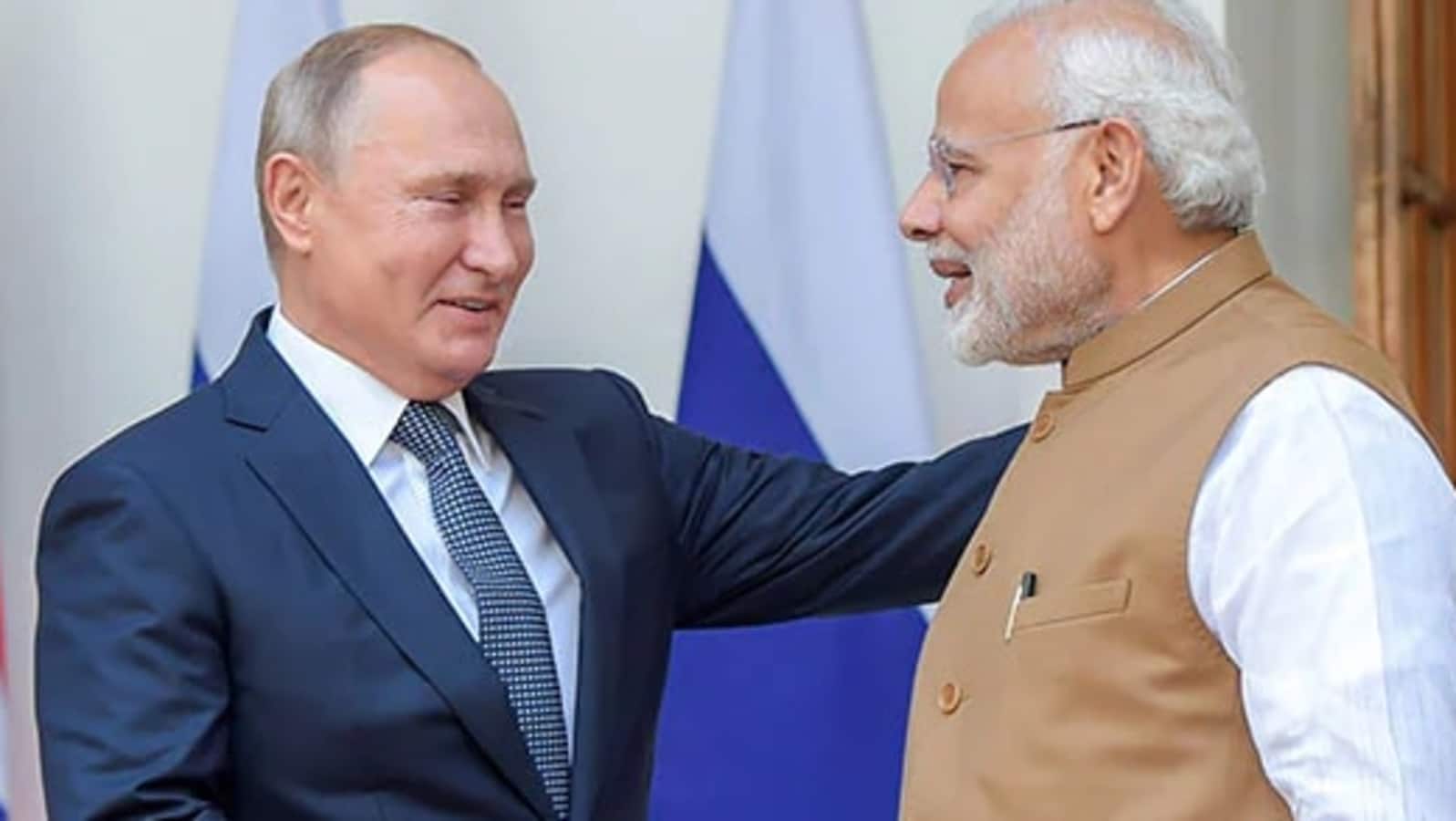 India and Russia will have an extensive engagement on defence and political ties and regional and international developments during President Vladimir Putin’s visit to New Delhi for the annual summit with Prime Minister Narendar Modi on December 6.

The two sides will have an “intensive engagement” that will culminate with the summit, external affairs ministry spokesperson Arindam Bagchi told a regular news briefing.

Defence minister Rajnath Singh and Shoigu will co-chair a meeting of the inter-governmental commission on military-technical cooperation, while external affairs minister S Jaishankar will hold a bilateral meeting with Lavrov early on Monday. These meetings will be followed by the inaugural 2+2 ministerial dialogue, which is expected to discuss bilateral, regional and international political and defence issues, Bagchi said.

India has 2+2 ministerial meetings with very few countries, including the Australia, Japan and the US.

At their annual summit in the afternoon on December 6, the two leaders will review the state and prospects of bilateral relations and discuss ways to further strengthen the bilateral strategic partnership. The summit will be an opportunity to exchange views on regional, multilateral and international issues and several agreements are expected to be signed during and in the run-up to the summit.

Asked about the US threatening to impose secondary sanctions under the Countering America’s Adversaries Through Sanctions Act (CAATSA) on India’s deal to acquire five S-400 air defence systems from Russia, Bagchi said, “India and the US have a special global strategic partnership. We also have a special and privileged strategic partnership with Russia and we pursue an independent foreign policy.

“This applies to our defence acquisitions and supplies, which are and will continue to be guided by our national security interests.”

He declined to comment on reports quoting Russian officials as saying that Moscow had begun delivering the first regiment of S-400 systems.

Tripura students’ body calls for strike on Monday over assault by...

India a country of Hindus, not Hindutvavadis: Rahul Gandhi