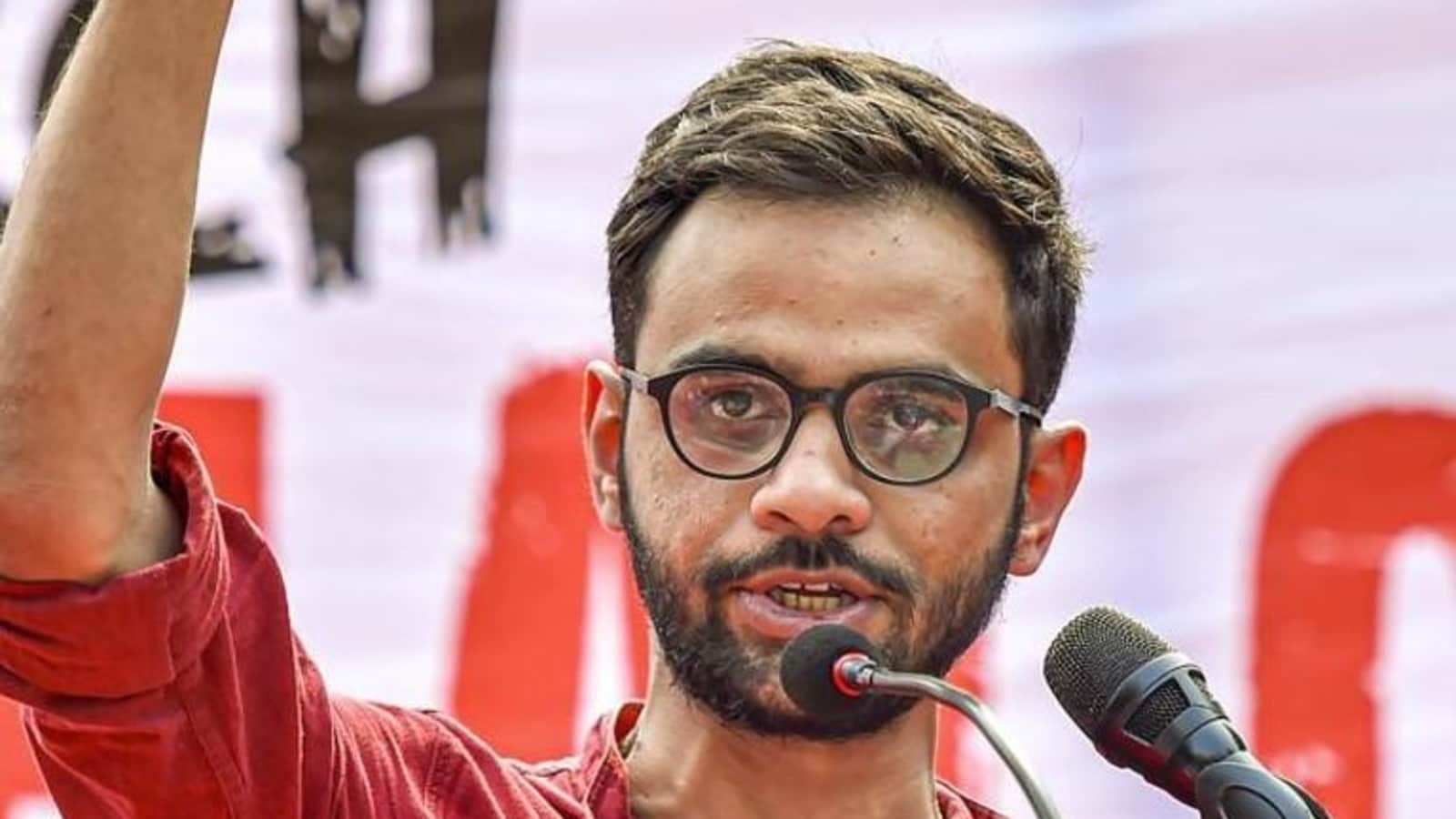 The Delhi Police on Tuesday said the “ultimate objective” of student activist Umar Khalid was to bring the government of India to its knees and destabilise the foundation of democracy while opposing his bail plea in a riots conspiracy case.

Khalid, a former student leader of Jawaharlal Nehru University (JNU), and several other activists have been booked under stringent provisions of the Unlawful Activities (Prevention) Act (UAPA), and accused of “masterminding” of the riots in the national capital that had left at least 53 people dead and over 700 injured in February, 2020.

The arguments on their bail pleas have been going on for more than five months.

Special public prosecutor (SPP) Amit Prasad further contested Khalid’s claims that the investigating agency was communal and the charge sheet in the riots conspiracy case was a “figment of imagination”.

Arguing before additional sessions judge Amitabh Rawat, Prasad said, “The ultimate objective was to overthrow the government and undermine the authority of the parliament, which enacted the Citizenship (Amendment) Act CAA and destabilise the very foundation of the democracy.”

“The idea was to bring the government of India on its knees and enforce the withdrawal of CAA. It is not that I am making the statement. This is evident from the chats which clearly state that the government has to be brought to its knees.”

Stating that riots in northeast Delhi were not a spontaneous outburst of violence, Prasad said, “From the charge sheet, we have demonstrated that 23 protest sites were created and those sites were not organic in nature. They were meticulously planned with the location which was in close proximity to the masjids (mosques).”

“Multiple teams were formed to monitor these sites, given logistic support, there were remote supervisors, local leaders and people who were visiting. We have also demonstrated the use of identical placards and banners at different protest sites which clearly shows that they were not organic and created in a coordinated manner,” he added.

Prasad said the protests were not woman-dominated, rather they were managed by men, and protest sites were swelled by bringing in women from the outside.

“We have also demonstrated from the charge sheet that there was a clear interrelation between December 2019 riots and the February 2020 one. A similar pattern of crime was followed – blocking of roads, attacking police, destructing properties, and (indulging in) violence with public and police,” he said.

“There was clearly a case of death and injuries to persons. Total damage and claim settlement amount to ₹21.93 crore. 61 claims have been settled and more are yet to be settled,” the SPP said.

Prasad further said that Khalid, through his lawyer, focused on “irrelevant materials” while arguing his bail application in a bid to divert the court’s attention.

“He (Umar) wants his application to be decided with reference to a web series and present case to be equated with ‘The Family Man’ or ‘The Trial of the Chicago 7’. You do not have something on merit, you want to divert the attention of the court, focus on irrelevant materials, you want to go on media trial, create headlines,” the SPP said.

On September 3, 2021, Khalid, through senior advocate Trideep Paid, said the charge sheet in the case read like a script from a web-series ‘The Family Man’ and news channels. The lawyer also gave a reference to Voldemort, a villain in Harry Potter movies, to draw parallels between the statements in the chargesheet. Again on December 9, he referred to ‘The Trial of the Chicago 7’ in the courtroom.

The SPP said, “To equate the riots in which 53 lives were lost with a web series is unfortunate. He does not want to refer to the law laid down by the constitutional courts. The idea is that you create a public perception. You want to refer to something which is relevant in media and not the law. The entire submission has been made on surmises and conjectures.”

He further said the court cannot go on a speculative analysis.

In the last hearing, Umar, through his lawyer, said that advocacy against a law like the CAA is not a crime and that police pressured the witnesses to give statements against him.

Shots were fired at me during Assembly poll campaign in Nandigram:...

PAC recommends review of DPRs of all new housing projects for...

Four including two firefighter injured in fire at a godown in...

‘What a blessing’: Anand Mahindra shares video showing ‘5 generations together’