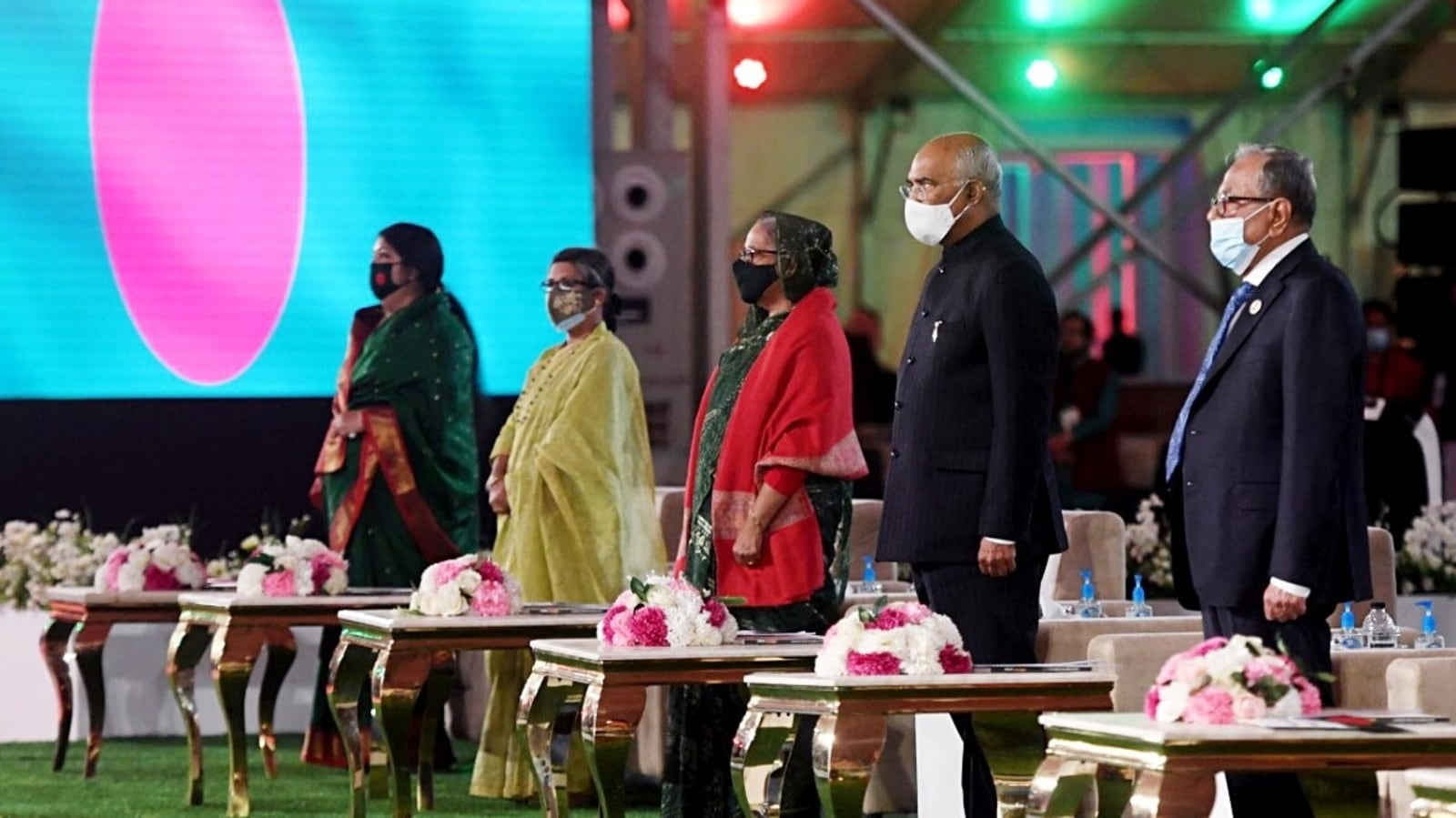 President Ram Nath Kovind on Friday inaugurated the renovated Sri Ramna Kali Mandir here, 50 years after it was destroyed by the Pakistani forces in 1971, and described the temple as the symbol of the cultural and spiritual bonding among the people of India and Bangladesh.

President Kovind is in Bangladesh on his maiden state visit at the invitation of his counterpart M Abdul Hamid to attend the golden jubilee celebrations of Bangladesh’s independence from Pakistan in the 1971 Liberation War.

The President and First Lady Savita Kovind offered prayers at the renovated temple.

The temple was totally destroyed by the Pakistani Army’s operation codenamed ‘Operation Searchlight’ in 1971, targeting the resistance movement in the country.

The temple was set on fire by the Pakistani forces, killing many people, including devotees and those residing in it.

India supported the renovation of the temple.

Addressing the Indian community after inaugurating the temple, Kovind said that he sees it as “a blessing from Maa Kali”.

“This morning, I went to the historic Ramna Kali temple where I had the privilege of inaugurating the renovated temple. I look at it as a blessing from Maa Kali,” he said.

“I have been told that the governments and the people of Bangladesh and India helped in restoring the temple which was demolished by the Pakistani forces during the war of liberation,” Kovind said.

A large number of people were killed by the occupation forces, he said.

This temple is the symbol of the cultural and spiritual bonding among the people of India and Bangladesh, the President said.

“This marks an auspicious finale to my visit to Bangladesh,” he added.

Hindus make up some 10 per cent of Muslim-majority Bangladesh’s 169 million population.

Tajinder Bagga gets court relief amid AAP vs BJP, can’t be...