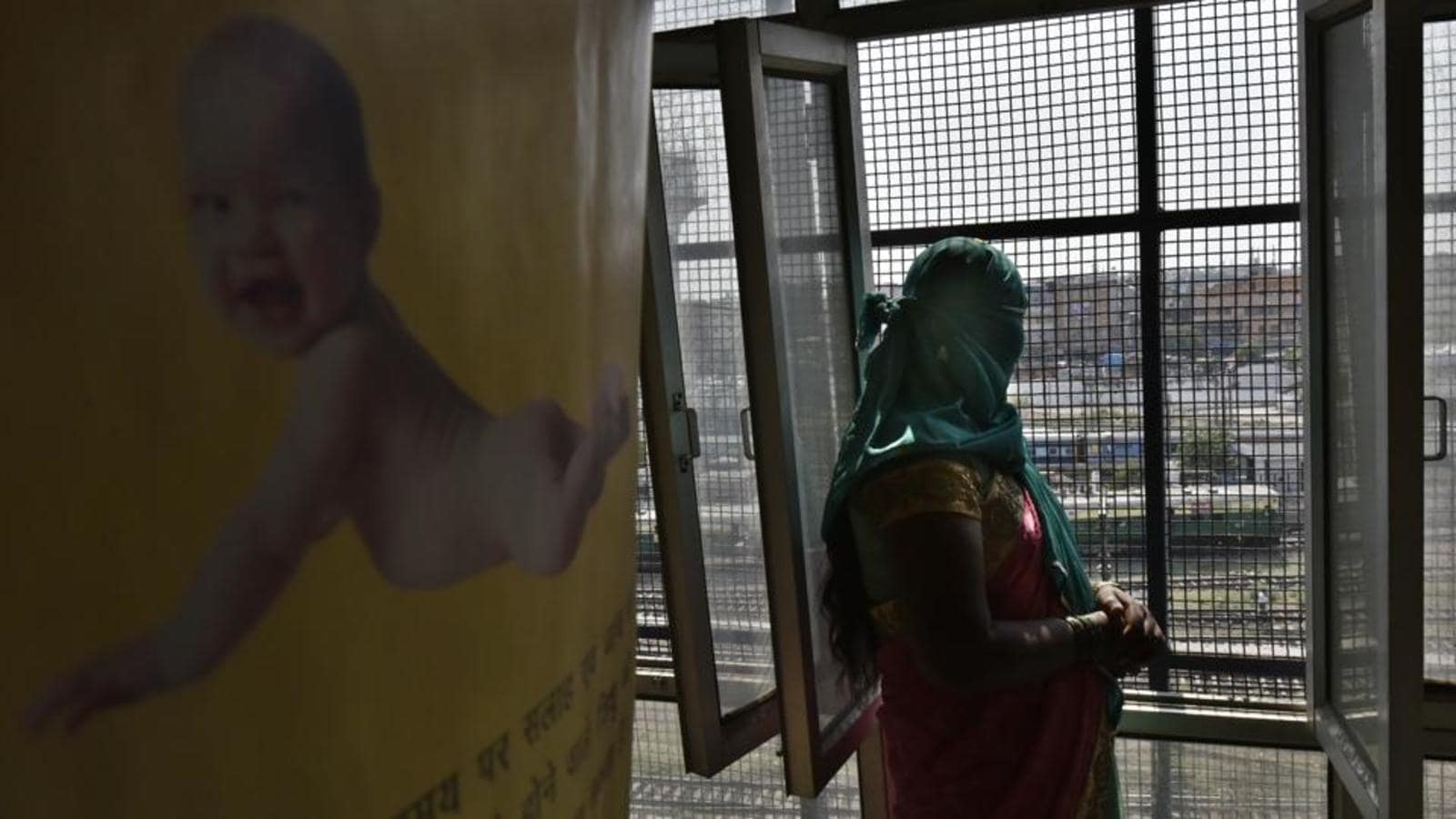 On December 8, Rajya Sabha passed two important bills — The Assisted Reproductive Technology (Regulation) Bill, 2020, and The Surrogacy (Regulation) Bill, 2019. The Assisted Reproductive Technology (ART) bill was introduced in Lok Sabha on September 14, 2020, and the Surrogacy bill was introduced on July 15, 2019.

These bills are important because both aim to regulate an industry that has mushroomed over a couple of decades or so across the country, fuelled by rising cases of infertility and single urban people wanting to have children, with hardly any checks and balances in place.

So much so that there has not been much information available on the exact number of clinics running in India that offer Assisted Reproductive Technology services such as in-vitro fertilisation (IVF) or the number of women who act as surrogates. The Indian Council of Medical Research (ICMR) started work somewhere in 2011 on listing ART clinics nationally; since the exercise was voluntary, it was met with a lukewarm response. An estimated 3,000 ART clinics currently function in the country but the number is just a rough estimate, and the real figure could be at least double, if not more.

The surrogacy industry in India had been pegged between $2-3 billion. The need for regulating the surrogacy business was felt to control unethical practices involved in surrogacy that had become rampant in India; especially known for surrogacy has been Anand in Gujarat that was even been dubbed as the surrogacy hub.

And the scope of exploitation of the needy parties, poor vulnerable women and even children born out of surrogacy in this case, is high in any unregulated sectors. As complaints of exploitation kept growing, the government decided to step in and make efforts to regulate the sector somewhere at the beginning of 2000.

While assisted reproductive technology deals with all techniques that assist in conception by handling the sperm or the oocyte (egg cell) outside the human body and transferring the gamete or the embryo into the reproductive system of a woman, surrogacy is a more complicated process as it is a practice where a woman gives birth to a child for an intending couple with the intention to hand over the child soon after birth to them.

Even though 5% of the 200,000 estimated IVF procedures taking place in India annually would be recommended surrogacy, according to experts, because of the relatively low treatment cost, surrogacy in India had become popular not just among Indians but also foreigners.

As a result of India becoming a surrogacy hub, there was a rise in unethical practices, exploitation of surrogate mothers and even abandonment of children born out of surrogacy, which paved the path for India to ban commercial surrogacy altogether. In fact, the 228th report of the Law Commission of India recommended strongly prohibiting commercial surrogacy.

The alternative that the bill provides to thousands of infertile couples in the country is altruistic surrogacy, where no money exchange is allowed to take place in lieu of a woman offering to bear a child for someone else. In fact, the bill defined the approved surrogate to be a close relative, who has been married and has had a child of her own, and there is no monetary exchange except for necessary medical expenses and insurance coverage for a certain period.

Since it is mostly the infertile urban couples who opt for surrogacy, to be able to find a surrogate fulfilling the eligibility criteria within their close relatives may not be easy.

As urban families are increasingly turning nuclear, with a fast-catching trend of late marriages and even later pregnancies from leading a career-oriented life, and the rise of medical conditions such as high blood pressure, thyroid, high sugar levels etc largely because of a sedentary lifestyle, to find that one suitable woman among your close relatives will be an uphill task.

And that is one of the series of problems that the new law has.

Why would any woman be willing to conceive for someone else without getting compensated for it?

Experts say even in western countries, the concept of altruistic surrogacy hasn’t really taken off. “It is a failed concept in the West and won’t be feasible here in India too because of the complexities involved,” says Dr Shivani Sachdev Gour, an IVF specialist.

Clearly, not much thought has gone into this complex issue, and absolutely no feasibility assessment of imposing a total ban on the process seems to have been done. Also, banning a practice is not close to regulating it; in fact, it seems more like an easy way chosen by the government fearing inadequate regulatory mechanisms in place by states as health eventually is a state subject, with the implementation of the law the responsibility of the state machinery.

Another problematic clause is allowing surrogacy for Indian married couples certified by experts to be infertile (either one of them or both) for a certain period.

As BJD’s Amar Patnaik pointed out while discussing the bill in Parliament that there was a need to rescind the time frame that has already been brought down from five years to one before allowing people to attempt having a child through surrogacy. He said that many women are medically unfit to have children and some fear childbirth, which is why it won’t be a good idea to make them wait.

It is for the first time someone actually highlighted the fact that a woman may be absolutely fit to conceive physically, but have psychological issues including fear of producing children. Since like other neglected aspects of mental health, fear of childbirth in women is also often ignored as a problem, it’s not a surprise then that those who drafted the bill never thought of considering the plight of such women, particularly those among them who would also marry late and want to start a family soon after.

And why talk only about married couples, why there is no mention of same-sex couples, transgender persons, or single people; why strip them of choices?

“It should be the constitutional right; and when India’s constitution doesn’t discriminate against a particular community of people then why should laws framed by the government be discriminatory against them. That’s unfair,” said Rachna, a transgender activist from Hyderabad.

The question was partly answered by a senior government functionary involved in drafting one of the bills, who said, “Isn’t it a better idea to adopt a child?”

Personally, yes, I also find adoption a much better idea but there will be many others (much higher in number, for sure) who would want to produce a child, even if it means taking the help of science. And why should the government strip those people of available choices by making the process so cumbersome that one cannot muster enough courage to opt for it?

Indians still largely see adoption as the last resort if infertility is confirmed. In fact, the rate of adoption in India has only dwindled over the years.

The adoption statistics from the Central Adoption Resource Authority (CARA) show the number of in-country adoptions decreased from 5693 in 2010 to 3374 in 2018-19.

The government is well aware of it, and leaving an option open in the form of altruistic surrogacy could actually be seen as its way of not ruffling feathers on one hand but at the same time tilting the balance towards adoption.

If anything, it is a very twisted way of encouraging adoption.

In such a scenario, people may actually give adoption a serious thought, and that’s how it should ideally be. And talking of altruism, what can be better than providing a home to an orphan.

However, the actual change may not be overnight, as warming up to the idea of adoption in a country that is obsessed with its own flesh and blood, could take years as it would need a complete overhauling of people’s mindset.

The need is to generate adequate awareness and have a system in place that makes adopting a child easier than what it is now.

“The wait is super long; some I know have been waiting for a year to adopt a child. It will not encourage adoption as there is a huge difference between adoption and surrogacy. Plus, where is the evidence that banning commercial surrogacy encourages people to go for adoption. Is this policy based on evidence or are they trying to generate evidence through this policy,” said Poonam Muttreja, executive director, Population Foundation of India.

“People should be given a choice as it is a personal matter. People who wish to adopt a child will do so purely out of choice. While I support the intent of the government, which is right, the method is wrong. It’s so anti-single people,” she adds.

“Not just people even many of friends, who are practising specialists, are considering moving their work out of India when they look at clauses where a slight clerical error can lead you to jail because it would be a non-bailable offence. These kinds of discussions are already on among our fraternity,” said Dr Sachdev Gour.

Going forward, how feasible will offering surrogacy services be in India, will somewhat depend on the rules that the states frame and how it is implemented. It can only be hoped that more thought is put into the entire process at the state level so that what’s meant to bring joy for certain people doesn’t end up being a harrowing experience.

Ban on flying objects over RSS HQ in Nagpur extended

Celebrities who inspire fitness enthusiasts with their perseverance and hard work