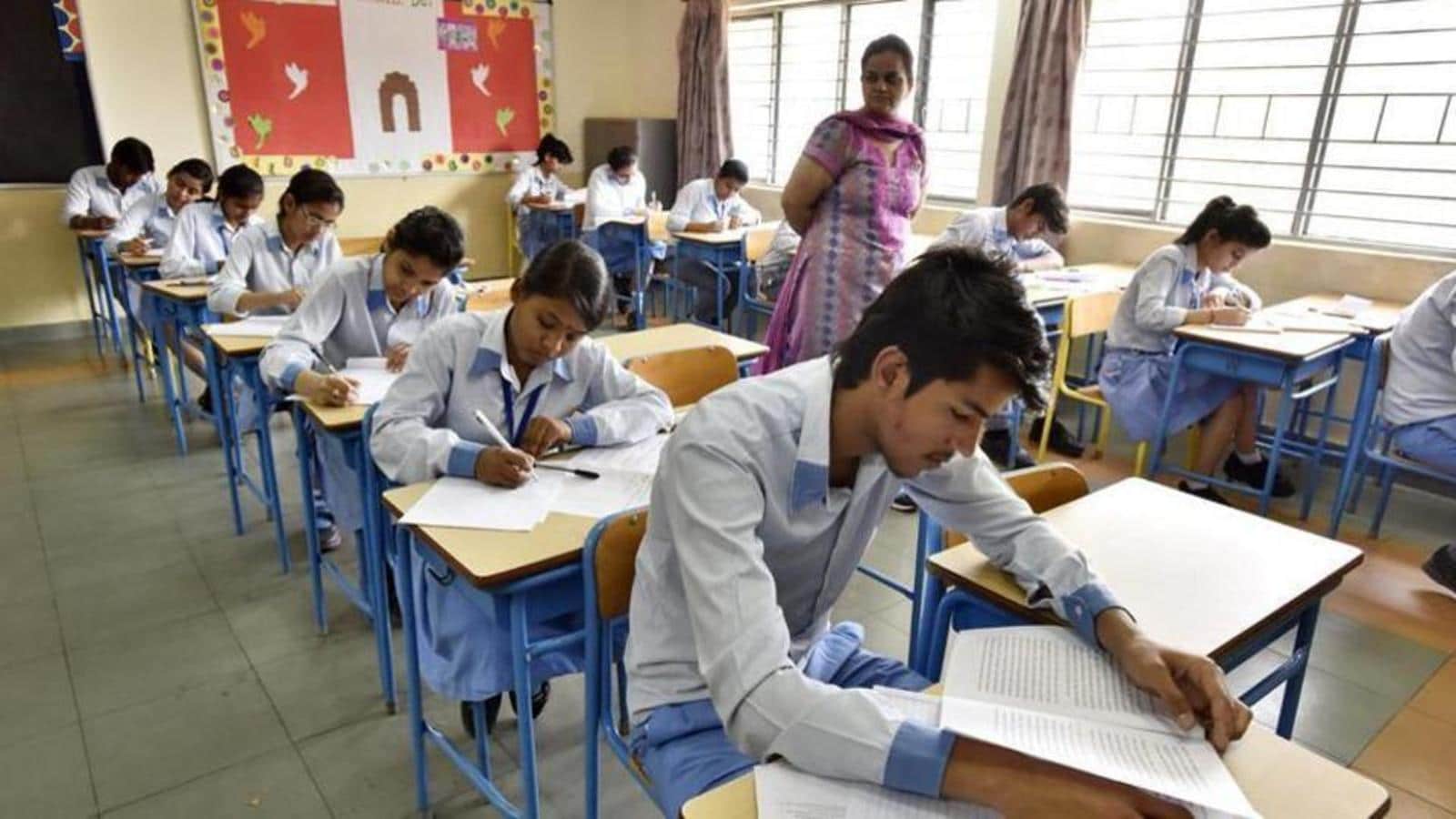 New Delhi: The ongoing Central Board of Secondary Education (CBSE) first-term board examinations for classes 10 and 12 have come under the scanner twice over the last two weeks for including “controversial” questions in the papers. The matter even reached the Parliament on Monday when Congress president Sonia Gandhi demanded an apology from the board for including a “blatantly misogynist” section in the question paper for the class 10 English exam that took place on Saturday.

What is the controversy?

The first controversy erupted on December 2 after a question related to the Gujarat riots appeared in the CBSE class 12 Sociology exam asking, “The unprecedented scale and spread of anti-Muslim violence in Gujarat in 2002 took place under which government?” As sections of social media erupted in outrage, the board issued a public apology and described it as an “error”.

The second instance then came to light on Sunday when several people, including Congress general secretary Priyanka Gandhi, flagged a passage that had ‘anti-women’ content and expressed regressive notions about families and the role of women.

Passage number 1 in set JSK/1 of class 10 English question paper read, “What people were slow to observe was that the emancipation of the wife destroyed the parent’s authority over the children. The mother did not exemplify the obedience upon which she still tried to insist… In bringing the man down from his pedestal the wife and the mother deprived herself, in fact of the means of discipline.”

Soon after, CBSE issued a statement saying that it had dropped the passage and it was not in accordance with the guidelines of the board. It announced that students will be given full marks for the questions accompanied by the passage. The board has also announced that it will set up an expert committee to review the paper-setting process.

Amid the uproar, HT looks at the process of how question papers are set by the CBSE and what the board examination bylaws say about formulating question papers.

Who prepares the question papers?

The CBSE identifies subject experts, including teachers from schools and colleges, both in-service and retired, to prepare 5 to 10 sets of question papers. The identities of these paper setters are confidential and hidden even from each other.

As per CBSE norms, these paper setters should have a postgraduate degree in the concerned or allied subject, and a minimum of ten years experience of teaching the concerned subject at the secondary or senior secondary level. They could also be employed at a state or national-level education agency set up by the government. Paper setters should not have “written or revised a guide-book, help-book, key or similar other matter, with whatsoever name, relating to the subject”, the rules state. They should also not have been given private tuition that year, and no member of their immediate family should be appearing in that year’s examination.

Even as the board keeps the guidelines of setting up question papers confidential, officials said that they strictly prohibit the use of material “reflecting race, ethnicity or gender bias” and are directed to stick to the syllabus.

According to officials, in normal circumstances, paper setters get two to three months to prepare sets and submit them to the CBSE. However, they do not find out if the questions set by them make it to the examination centres.

Who checks the accuracy of those papers?

The second stage of the process is to check the accuracy of the question papers submitted by the paper-setters. This is where “moderators” in the picture, who usually are meant to have the same, or more experience than paper setters. Both moderators and paper-setters are officially appointed by the chairperson of the CBSE.

According to established norms, those moderating “shall ensure that all sets of question papers are comparable, as far as possible, with regard to the concepts tested, the cognitive operation required, the scope of the answer, difficulty level, time limit and conformity with the syllabus”. They also have to ensure that each question paper has been set according to the syllabus of the subject, blueprint, design and textbooks/recommended book.

Besides, no question can be erroneously or ambiguously worded, leading to a different interpretation than the one the question wanted to convey. “Each question should linguistically be unambiguous, clear, accurate and free from all limitations,” the guidelines state.

Moderators after vetting all the sets on these parameters then submit them to the board.

How does CBSE pick the question paper sets?

According to CBSE officials, the question papers finally chosen to be distributed to centres across the country are picked randomly. “None of the moderators, paper setters or CBSE officials know which question papers are being used in the end. Once moderated by the experts, all sets are considered eligible for use during the examinations. So, the board randomly picks three to five sets and sends them to the examination centres,” said a senior CBSE official, requesting anonymity.

The controversial passage having the “anti-women” content appeared in only one set of class 10 English paper on Saturday. The set was in fact not distributed at all examination centres. This raises questions over why CBSE uses different sets.

A CBSE official, who requested anonymity, said that different sets of question papers are important in case there are “untoward incidents”. “For instance, if there is an incident of a paper leak, which is rare, the board will not have to conduct re-examination of all students. Only students who got that particular set of question papers will re-appear in the re-exam. This is why multiple sets are important,” the official said.

Why the errors in this cycle?

Despite these multiple levels of checks and balances, several issues were reported in the first term board exams that are still underway. Officials at the CBSE maintained that the errors were “unintentional”.

An official quoted above said that both paper-setters and moderators did not have the usual time to check and recheck question papers. In normal times, the process of exam setting begins between July and August, while the examinations are conducted between February and March.

However, with the pandemic complicating the situation, this time the CBSE announced that it would conduct the first term board exams between November and December. “For these first-term exams, the CBSE had prepared 332 sets for 75 subjects in class 10 and 114 subjects in class 12. It’s a huge exercise to prepare many sets and thoroughly check their accuracy. The paper setters and moderators completed that task within a very short period of time. Therefore, it’s possible that somehow these errors were not noticed,” the official said.

“We have already announced that an expert committee will be constituted to review and strengthen the entire paper-setting process,” the official said.

Expunge remarks by Sitharaman, Goyal on Sonia: Kharge to Naidu