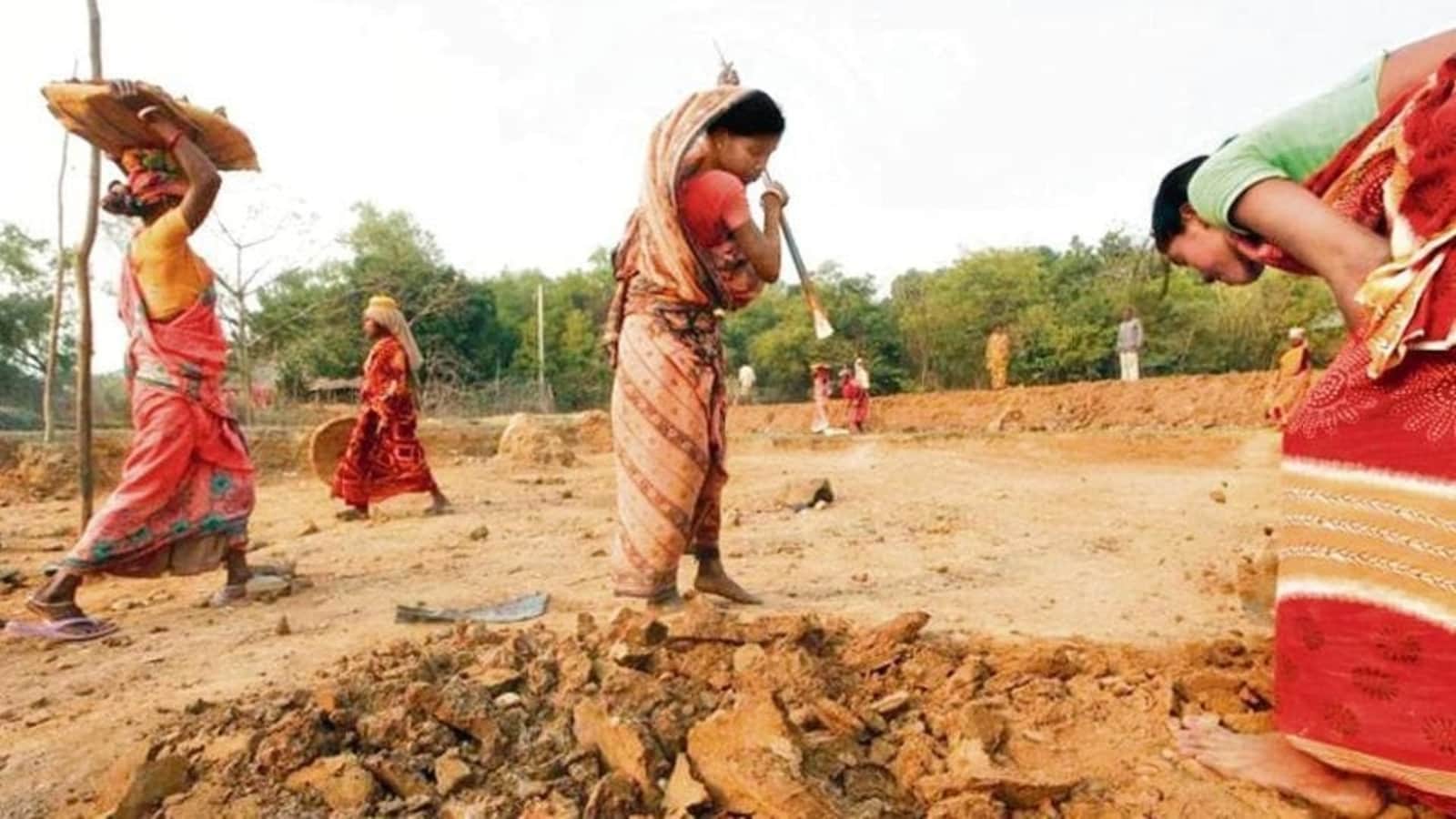 Women’s participation in India’s labour force is low and has been declining this century, official employment surveys have shown. However, these surveys – the Employment and Unemployment Survey (EUS), and the Periodic Labour Force Survey (PLFS) – do not sufficiently explain the reasons for this trend or offer clues on how this trend can be changed. A survey conducted by the Center for the Advanced Study of India (CASI) at the University of Pennsylvania has tried to solve this problem. The survey was conducted in January-August 2019 in around 15,000 households in four cities: Dhanbad in Jharkhand, Indore in Madhya Pradesh, Patna in Bihar, and Varanasi in Uttar Pradesh. The survey was done in the core city, and their peripheral rural and urban areas. While its results may not apply uniformly across the country, they offer important pointers to understand India’s falling female labour force participation. Here are four charts that explain this.

Women’s LFPR is declining, especially because of rural women

Labour force participation is captured in a number called the Labour Force Participation Rate (LFPR, or the share of people either working or looking for a job). Women’s LFPR in the latest PLFS before the pandemic (2018-19) was just 18.6% compared to 55.6% for men. PLFS and its earlier version – the EUS – show that women’s LFPR was not always this low. It has fallen over time, especially because of a decline in the LFPR of rural women. However, rural women’s LFPR continues to be higher than urban women’s.

Official surveys offer some clues, but not definitive answer

The PLFS does offer some clues for these trends. Marriage, for example, significantly reduces women’s LFPR. In the 21-25 years and 26-30 years cohorts, unmarried women are twice as much likely to participate in the labour force as married women. This suggests that the expectation of household work after marriage negatively impacts women’s participation in the labour force.

However, the PLFS does not ask reasons for not working or not looking for work. It is possible that women are willing to work, but the available jobs are not suited to their requirements. Moreover, a working paper based on the PLFS published in October by Jyotirmoy Bhattacharya, who teaches economics at Ambedkar University, suggested that people could be misreporting their employment status (reported by HT on November 1: https://bit.ly/3rZAVdk). Unemployed people – those looking for work but not finding one – possibly report that they are simply not looking for work, and end up being misclassified as out of labour force. LFPR may not represent the true size of the labour force in that case.

In a published article detailing the survey’s results on LFPR, the researchers – Deepaboli Chatterjee and Neelanjan Sircar of the Centre for Policy Research (CPR) – suggest that the reason why women are engaged in agriculture is because such jobs fit these needs of flexibility and proximity. “As India urbanises, labour market opportunities fitting those criteria are in shorter supply, causing women to leave or become unwilling to enter the labour market,” they said, explaining the falling LFPR. Any attempts to fix the trend in women’s LFPR must, therefore, keep India’s urbanisation trends in mind. Moreover, that even help available with household work does not change women’s willingness to work suggests that societal expectations have a role in women’s need for flexible and proximate work.

Employment improves women’s role in decision-making, but not in financial decisions

The CASI survey puts an important qualification on this trend. It shows that even when women are making the decision on a matter, they may not be involved in its finances, even if they are employed.

Police yet to summon accused in Haridwar hate speech case