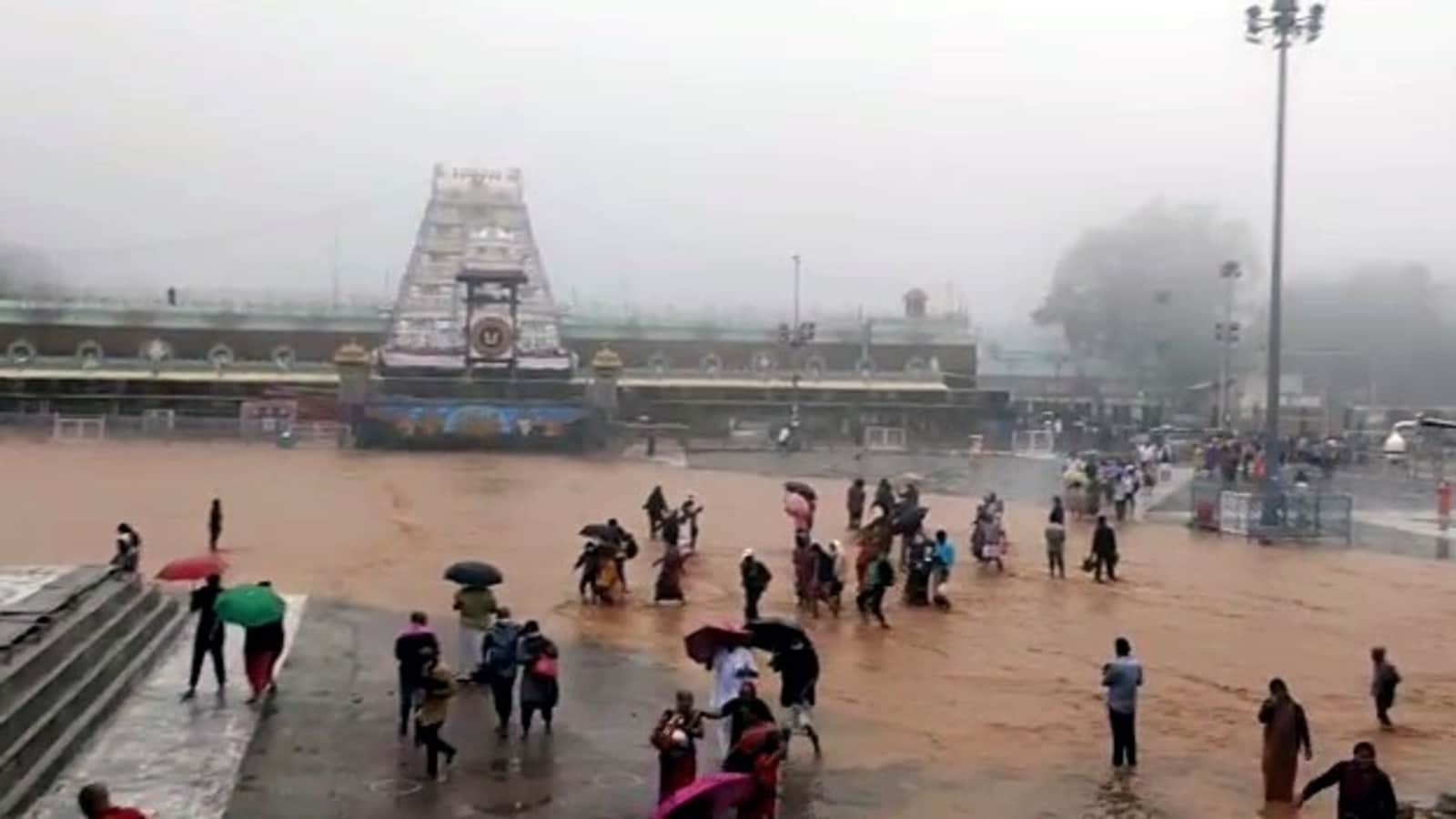 Extreme flooding was witnessed in Tirupati on Thursday, which left hundreds of pilgrims stranded as heavy downpour lashed the temple town of Andhra Pradesh. Multiple visuals were posted on social media showing inundated Tirumala hills, where the main temple of Lord Venkateswar is located. Darshan of the the chief deity was virtually stalled as pilgrims could not venture out because of the unprecedented flooding.

Water levels in and around several areas of Tirupati, Tirumala and the rest of the Chittoor district have increased to alarming levels, leading to residents moving from their homes to seek safety.

The Japali Anjaneya Swamy temple on Tirumala was inundated and idol of the God submerged. Following this, the Tirumala Tirupati Devasthanam officials made arrangements for free food and accommodation for the pilgrims who were stranded on the holy hills.

The two ghat roads leading to the Tirumala Hills were closed for traffic following the flood and landslides. The pedestrian stairway leading to the temple from Alipiri was also closed down, reported news agency PTI.

Flight operations were hampered in the city as the Tirupati International Airport at Renigunta also remained inundated, forcing the authorities to stop the landing of incoming aircraft, it fuether said.

Chief minister YS Jagan Mohan Reddy reviewed the situation on Thursday. He spoke to Chittoor district collector M Hari Narayanan and asked him to closely monitor the water levels, according to the statement by the chief minister’s office.

Meanwhile, the India Meteorological Department (IMD) has predicted heavy rainfall for parts of Andhra Pradesh on Friday, including Anantapur and Kadapa districts.

According to the weather department, the depression in the Bay of Bengal has completely crossed the coast near the south of Chennai and is moving into the Anantapur-Bengaluru belt.

Along with Andhra Pradesh, heavy to very heavy rainfall is also predicted for neighbouring Tamil Nadu and Puducherry on Friday.

New FDA drug to regrow hair should be taken with caution

CRPF occupying 737 properties in J&K for its duties, says DG