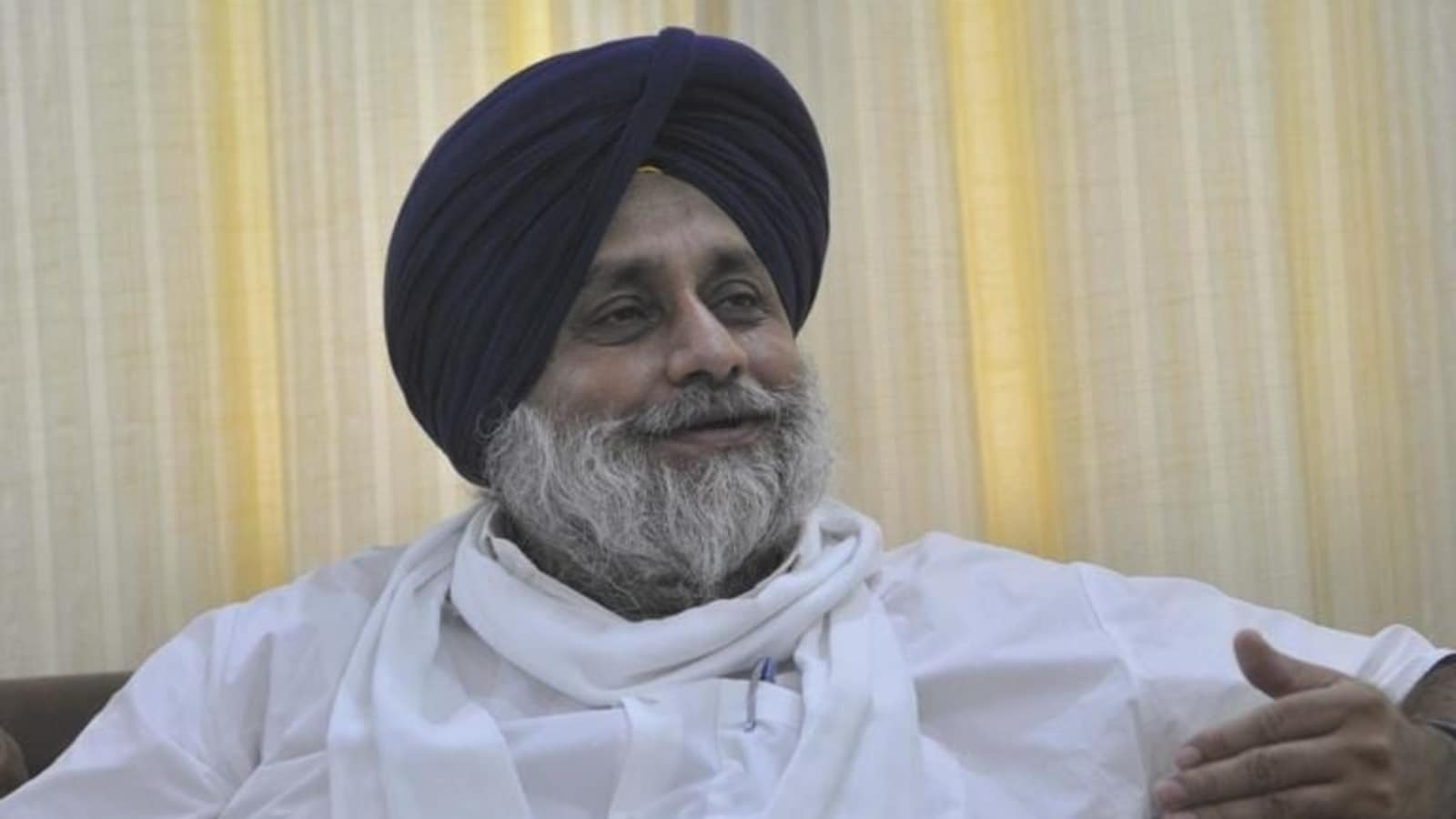 “…700 farmers lost their lives. We tried to convince the Prime Minister in Parliament that the black laws which you enacted are not acceptable to the farmers. Whatever we said, that turned out to be true,” Badal told news agency ANI.

“No,” the former Punjab deputy chief minister said, when asked if his party and the BJP, whose government at the Centre introduced the legislations in September last year, would reconcile.

After the laws were passed, Badal’s wife, the then Union minister for food processing, Harsimrat Kaur Badal, resigned from her office. She was the only minister from the Punjab-based party in Prime Minister Narendra Modi’s Cabinet.

Days later, it also exited the BJP-led ruling National Democratic Alliance (NDA), thus severing its ties with a party with which it first joined hands in 1996. The SAD was the oldest ally of the BJP.

For the upcoming Punjab assembly elections, which are likely to take place in early, the Akali Dal has entered into an alliance with the Mayawati-headed Bahujan Samaj Party (BSP). The BJP, which is facing massive protests on ground in the northern state due to the agricultural laws, is likely to join hands with Captain Amarinder Singh, who resigned as the border state’s chief minister in September, and left the ruling Congress earlier this month, announcing his own political outfit in the process.

In the previous assembly polls, held in February 2017, the Congress returned to power by bagging 77 seats in the 117-member legislative assembly. The SAD-BJP combine, which was in power at the time, won only 18 seats, down from its tally of 68 in 2012.

Balasaheb Thackeray asked me why I had rejected Reliance’s tender: Nitin...

Will continue padyatra even if lockdown is imposed: Karnataka Congress

Same vaccine to be administered as ‘precaution’ 3rd dose: Centre