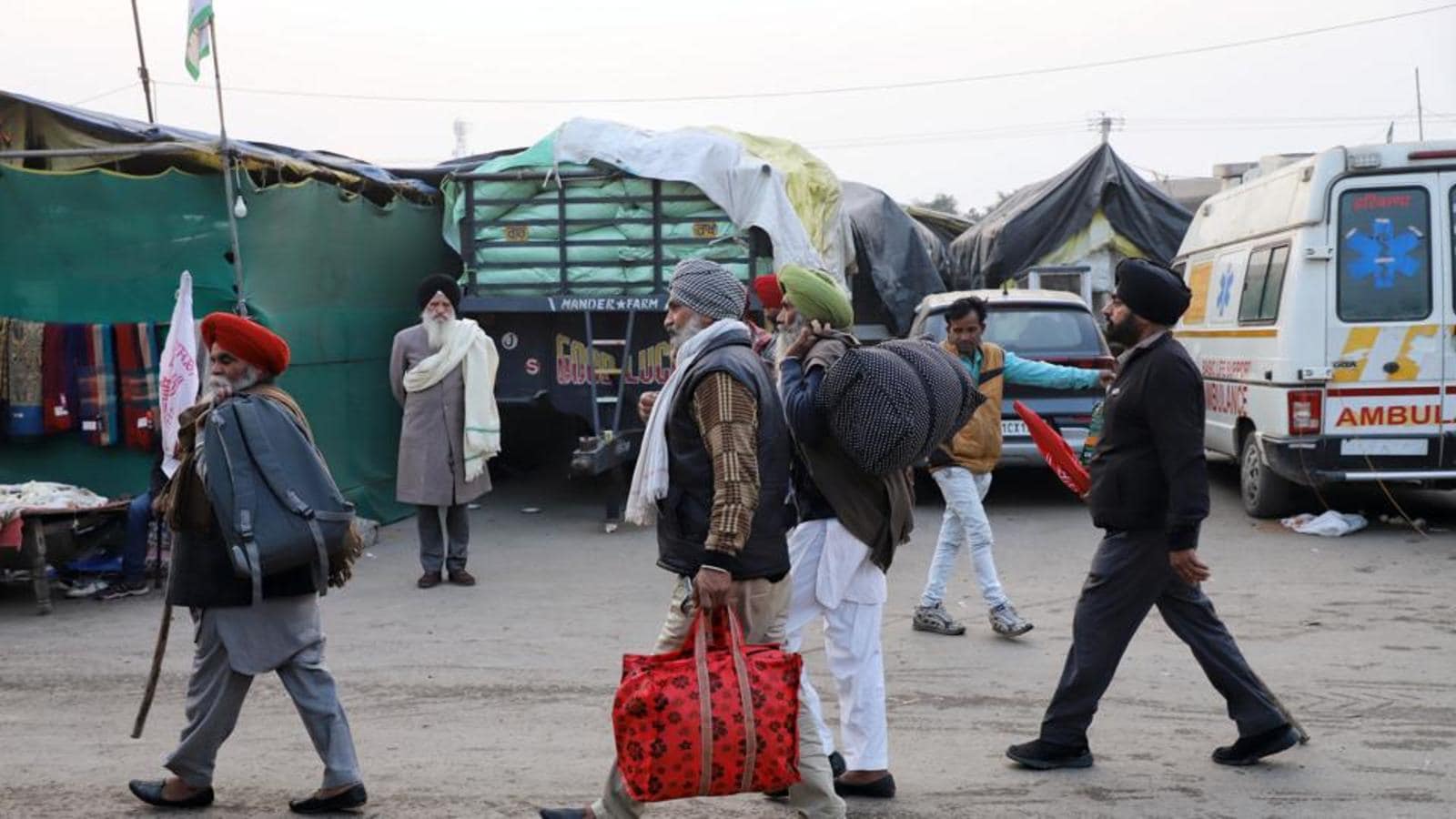 The Union government’s acceptance of key demands of protesting farmers and the scrapping of three contentious agricultural laws after a year of protests were driven by looming elections in key states, analysts say.

The massive demonstrations by farmers across states, brutal police crackdowns on protestors in states such as Haryana and the death of nearly 700 cultivators due to heat, cold and exhaustion forced a rare climbdown by Prime Minister Narendra Modi when he announced on November 19 that his government would cancel the laws.

A turning point came when four farmers returning from a protest died when a car owned by the son of a Union minister recklessly ploughed into them in Uttar Pradesh.

Political watchers said the rare climbdown on the part of the Modi government reflected the ruling Bharatiya Janata Party’s anxiety to regain support among farmers, an influential voting bloc in Uttar Pradesh, the country’s bellwether state which goes to the polls early next year.

Elections are also due in Punjab, where the BJP is looking to truck with former Congress chief minister Capt Amrinder Singh, a state where farmers’ issues are crucial. How the BJP fares in the upcoming Uttar Pradesh vote will also set the tone for the Lok Sabha elections in 2024.

“Over the course of the past 14 months of the agitation, farmers had been called anti-national, Khalistani (Sikh separatists) and what not? The country was watching this insult to those who feed the entire nation,” said Rakesh Tikait, a farm leader.

Tikait, an influential leader of the Bharatiya Kisan Union from the sugarcane-growing belt of Uttar Pradesh, threatened to pull votes away from the BJP. “Yeh saaf tha ke inko vote ki chote deni hogi (We were clear that the BJP needed to be hurt through the ballot),” he said in rallies and soon after farm unions reached a deal with the Union government that will pave the way for a committee to look into agrarian issues.

Tikait belongs to the powerful Baliyan khap among Jats, who dominate the political scene in western UP, where deadly Hindu-Muslim clashes broke out in 2013 that had polarized voters, helping the BJP.

However, right-wing organisations affiliated to the BJP did not succeed in their strategy of creating a religious divide among farmers in western Uttar Pradesh and their “tactics of labelling farmers as anti-nationals flopped”, said Sudhir Panwar, who teaches political science at Lucknow University.

Farmers also boycotted BJP leaders in Haryana and Punjab, and frequently prevented them from visiting their constituencies.

Analysts such as Panwar said the Modi government was faced with the choice of either losing face by repealing the laws or losing elections. “It chose the lesser evil,” he said.

While announcing his decision to abandon the unpopular agricultural reforms –the biggest during Modi’s second tenure – the prime minister said the changes were designed to boost farm incomes by opening up agricultural markets. However, he conceded that his government couldn’t convince a section of the farmers.

Tens of thousands of agriculturists resisted the laws that provided for greater corporate role and investment in agricultural markets. They feared the changes would pave the way for the government to stop buying farm produce at assured prices and argued the reforms would have left them at the mercy of large corporations.

“Elite reforms, such as a stock market reform, is easier to pull off than reforms involving millions, such as in the labour and agriculture sectors,” said KK Kailash, a professor at Hyderabad University.

New political equations began to emerge in eastern Uttar Pradesh, in which the BJP’s rival Samajwadi Party took advantage of the protests to tie up with Om Prakash Rajbhar, who leads the Suheldev Bharatiya Samaj party.

“So, the political situation in both western and eastern Uttar Pradesh was proving to be difficult (for the BJP),” Panwar said.

Four charts that explain why the MPC is worried about the...

‘His sacrifice will forever inspire every Indian’: Tributes pour in on...