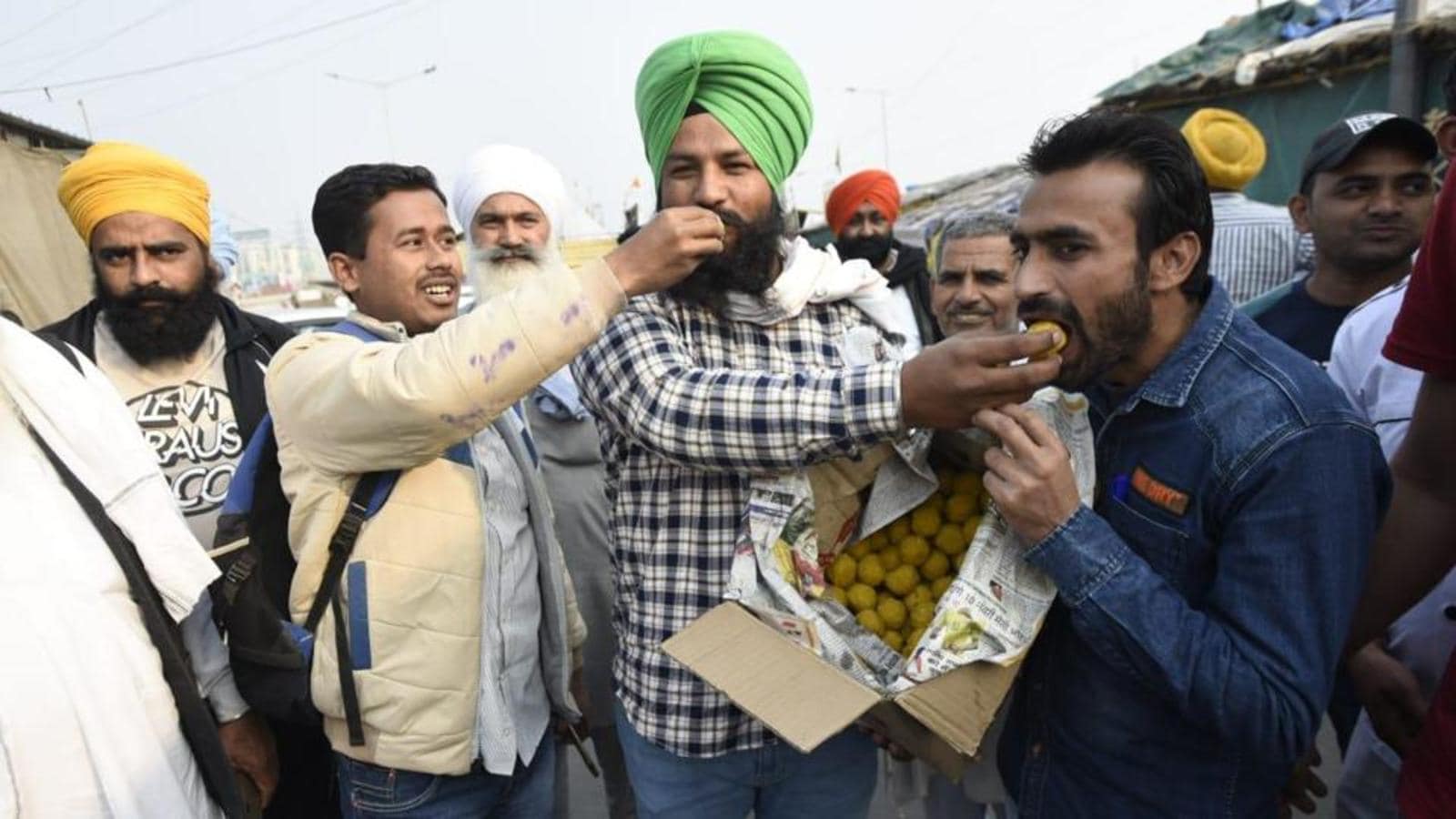 The Union government and the Samyukt Kisan Morcha (SKM), a platform of farm unions, on Thursday reached a deal on a raft of demands that had sparked year-long protests by peasants in a major political challenge to the Modi regime.

The SKM accepted a slew of proposals from the Centre, contained in a letter signed by Union agriculture secretary Sanjay Agrawal, towards resolving key agrarian issues raised by it. This paved the way for SKM to call off one of the largest demonstrations by farmers the country has seen in decades.

The SKM will meet next on January 15, its leaders said. Protestors will take out victory processions from their camps on Delhi’s borders on December 11 on the way back to their villages, it was announced.

The compromise between the Centre and protesting farm unions came after two days of back-channel negotiations that saw proposals being sent back and forth, and 11 rounds of tenuous negotiations that hit a deadlock on January 22, 2021.

Tens of thousands of farmers had opposed three agricultural reform laws enacted by the Modi government in September 2020, hunkering down on highways across several states for nearly 14 months. Thousands had also set up virtual protest townships at five sites along Delhi’s borders, choking traffic.

Prime Narendra Modi announced on November 19 that his government would abandon the contentious laws and Parliament repealed them on November 29. The scrapping of the laws created an opportunity for farmers to re-engage with the government.

On December 7, the Centre had sent draft proposals to resolve the stand-off, to which the farm body proposed amendments.

The SKM signed off on a final letter from the Centre on Thursday that contained key steps forward.

“Today is victory day for farmers, who launched the biggest movement in the country after the freedom movement. Victory to those who feed the nation,” said Daljit Randhawa, a wheat-grower from Punjab’s Sangrur, who has been camping at a protest site on the outskirts of the national capital for months.

The proposals contained in the letter from the agriculture secretary were unanimously accepted by the five-member team of farm leaders authorized to take decisions on behalf of the SKM.

In the letter, the Centre said it would set up a committee mandated to “ensure how all farmers can get minimum support prices (MSP)”. It also assured that the current levels of federal procurement of farm produce at assured prices would not be pared.

“This has allayed a major fear of farmers that the government could reduce or stop buying farm produce at MSP,” said Yogendra Yadav, the leader of Swaraj India, and a member of the SKM’s coordination committee.

Farmers have demanded a law to guarantee minimum prices for 22-odd commodities. Distress selling of farm produce and price volatility in non-cereals have been a major gripe among cultivators.

The Union government’s letter also stated that the governments of Uttar Pradesh, Uttarakhand, Himachal Pradesh, Madhya Pradesh and Haryana had agreed to withdraw all cases registered against farmers and their supporters during the course of their agitation with immediate effect, a major demand of the SKM.

Cases against farmers registered by central law-enforcement agencies and in Union Territories as well as by Delhi police would also be withdrawn immediately, the Centre stated.

According to SKM leaders, Haryana and Uttar Pradesh alone have pressed over 45,000 cases against farmers.

Accepting another major demand, the Centre stated the Haryana and Uttar Pradesh governments would grant compensation to the families of nearly 700 farmers who died of heat, cold and exhaustion during the year-long sit-in demonstrations.

The government also proposed that it would not move an amendment to India’s Electricity Act without consulting the SKM. The SKM has objected to certain provisions in the Electricity Amendment Bill 2020, saying the changes would increase energy costs for agriculturists.

Farmers would also not be criminally liable for burning crop residue after harvests, a major cause of air pollution in the national capital. Peasants would be exempt from prosecution under Sections 15 and 15 of an anti-pollution law currently in force, the Centre said.

During back-channel negotiations with the home ministry, the Centre however told SKM that it had no powers to exempt fines on farmers for stubble burning imposed by the Supreme Court.

The farmers had also wanted the sacking and arrest of Union minister of home Ajay Mishra Teni. Teni’s son was arrested after a car owned by him rammed into farmers in Uttar Pradesh’s Lakhimpur Kheri. The SKM eventually didn’t pursue this.

“The issue of investigation into Teni and his son is currently being monitored the Supreme Court. So, we have decided not to interfere in this,” said Shiv Kumar Kakkaji, one of the five members of the SKM empowered to take decisions.

The Modi government’s move to address key issues of farmers come as the Bharatiya Janata Party prepared to fight crucial state polls, especially in Punjab and Uttar Pradesh, where farmers are an influential voting bloc.

“It now remains to be seen how whether the government will deliver on assurances on MSP. If farmers are not satisfied, they are likely to restart their agitation. The farm laws were repealed because of farmers represent a significant political constituency and polls are due in states,” said Sudhir Panwar, who teaches political science at Lucknow University.

Sidelined by Cong, Bishnoi makes his next move clear, calls on...

182 Indians flown back from Ukraine as Russia launches surprise ‘military...