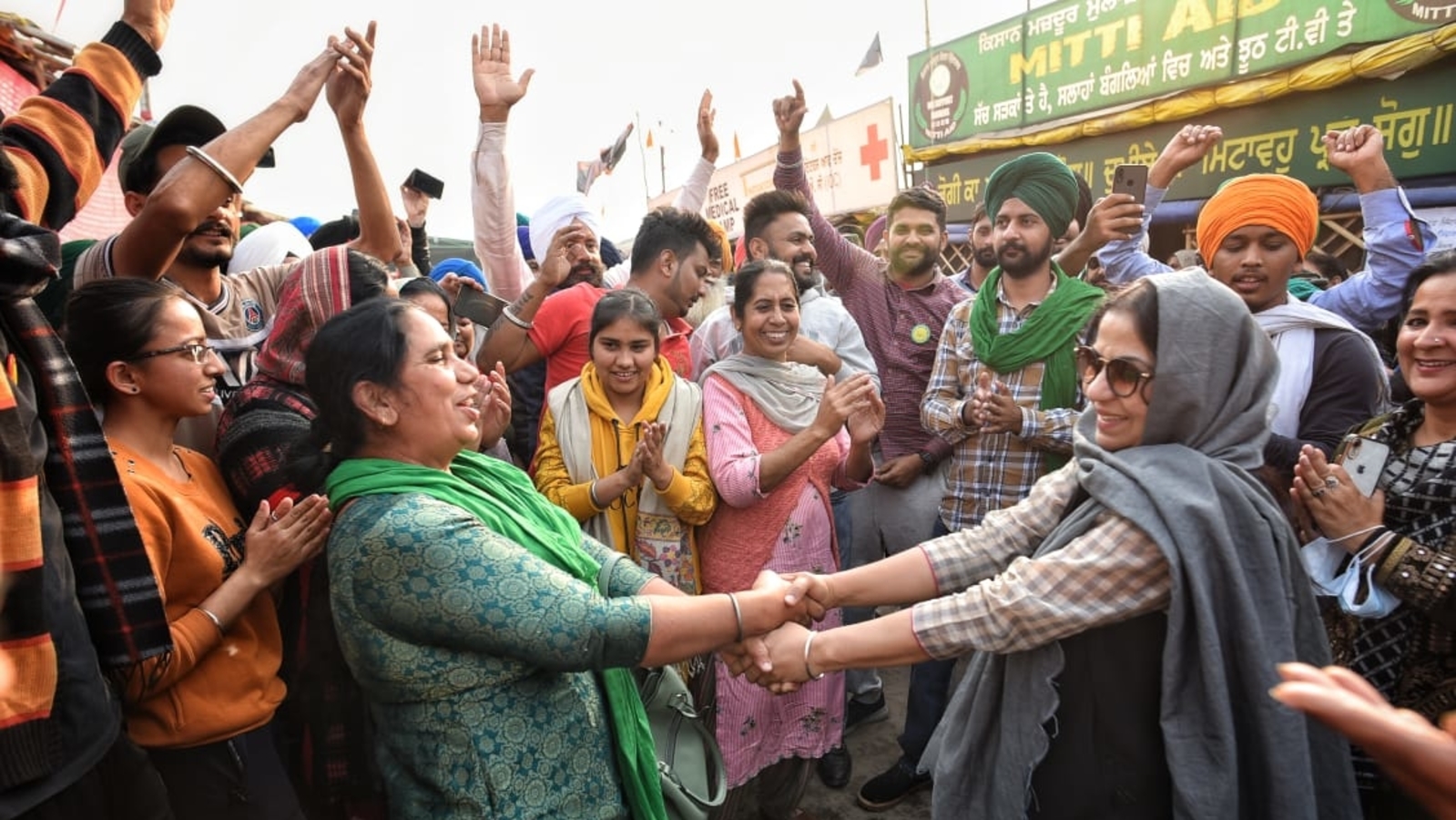 Following the Centre’s official letter to the protesting farmers, in which it accepted all their demands on Thursday, scenes of joy and merry erupted at the Singhu border in Delhi that separates the national capital from its neighbour Haryana.

A video shared by news agency ANI showed a group of farmers dancing and singing to the tune of music being played in the background. Some of them were seen standing on the footboard of a tractor while grooving.

In its letter, the Centre confirmed accepting all demands of the protesting farmers, including providing compensation to the families of victims who lost their lives during the year-long stir and withdrawing all protest-related cases, among others.

Today they received a letter from Centre with promises of forming a committee on MSP &withdrawing cases against them immediately pic.twitter.com/e8TgOhX9X3

The consensus was reached after the Samyukta Kisan Morcha (SKM), an umbrella body of around 40 farmers’ unions, formed a five-member committee last week to hold talks with the government.

The farmers’ union have said that the protesting farmers will return to their homes from the Singhu border on December 11, before offering prayers at the Golden Temple in Amritsar on December 13.

Also Read | At long last, farmers call off year-long protests as govt agrees to all demands

Prime Minister Narendra Modi on November 19 announced the repeal of three farm laws, which triggered massive protests in Delhi borders for a year. He also promised that the government will constitute a panel to work on a framework for minimum support price (MSP) for agricultural produce. Notably, continuance of MSP was also one of the demands of the agitating farmers that the Centre accepted on Thursday.

The Farm Laws Repeal Bill, 2021, was tabled in both Houses of Parliament on the first day of the ongoing Winter Session on November 29, and following President Ram Nath Kovind’s nod, its roll back process had commenced.

Odisha seeks special dispensation from Centre to catch up with frontline...

If roads can be cleared for Punjab CM, why not..: Majithia...