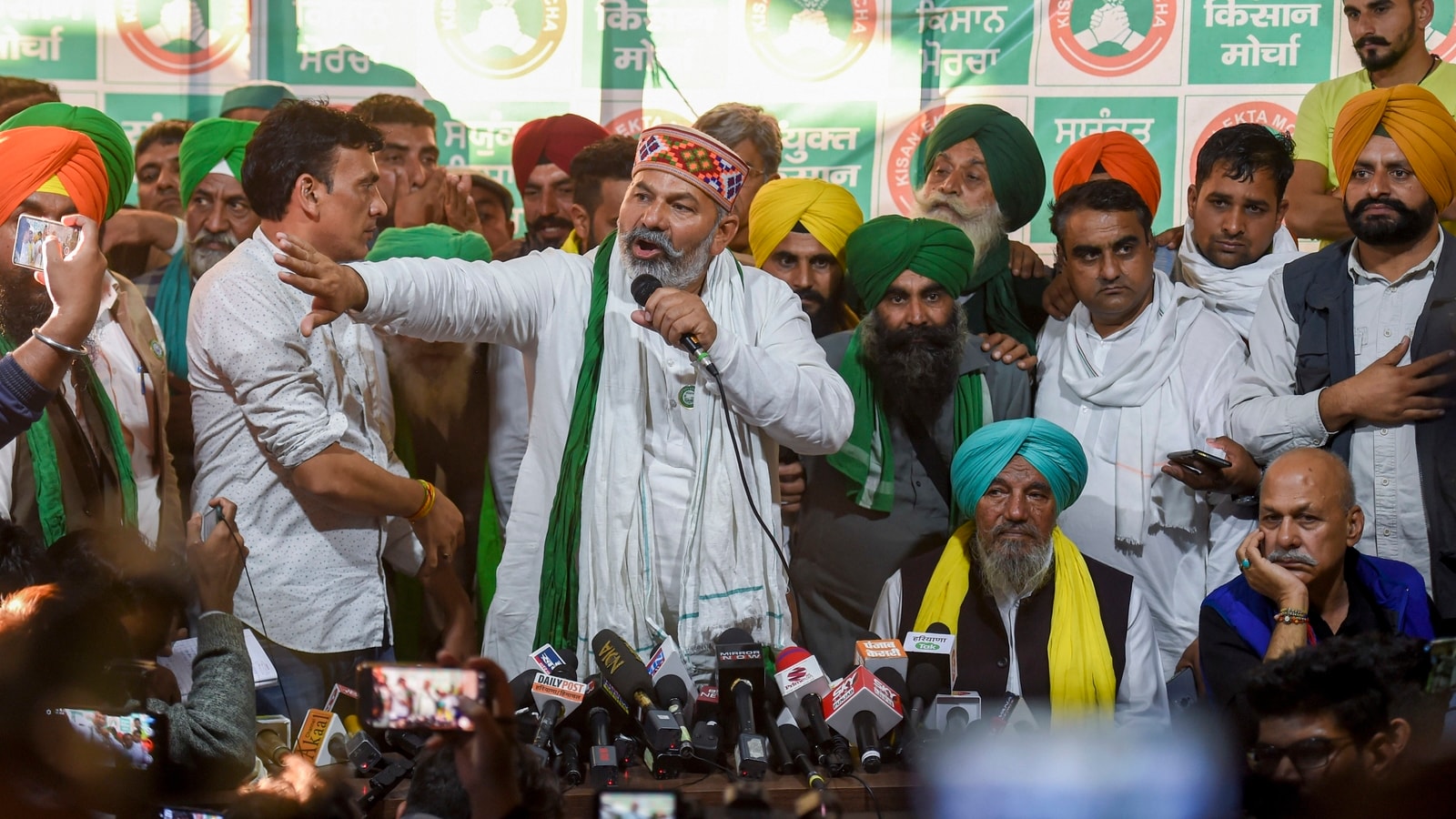 Farmers will leave all protest sites in Delhi by December 15, Bharatiya Kisan Union (BKU) leader Rakesh Tikait said on Sunday after the year-long agitation against the three farm laws ended this week after the government accepted their demands, including repeal of the legislation.

Tikait said he will be leaving the city for a three-day programme in Haryana, Chandigarh and Amritsar to end the protests in those regions as well, according to news agency ANI.

The BKU spokesperson also said the Samyukta Kisan Morcha (SKM), an umbrella body of more than 40 farmers’ unions, will hold its next meeting on January 15.

Thousands of farmers from Punjab, Uttar Pradesh and Haryana laid siege around three Delhi borders—Tikri, Ghazipur and Singhu—in November last year over the three farm laws. The protests were staged to demand the repeal of the three legislation related to the agriculture sector.

After the prolonged agitation, which often saw violent episodes in between and a long impasse with the government, farmers withdrew their protests after the Centre formally withdrew the laws in November.

The majority of farmers have already left the Delhi borders, Deepak Lamba, vice president of the Jai Kisan Andolan farmers’ group, said on Saturday. Around “80 per cent of farmers have left from the Singhu border, around 50 per cent went home from Ghazipur border while from Tikri border around 60 to 70 per cent farmers have returned back to their home,” he said as per ANI.

On November 19, Prime Minister Narendra Modi announced the Centre will bring necessary bills in the Winter Session of Parliament to repeal the farm laws.

Both the Lok Sabha and the Rajya Sabha passed the Farm Laws Repeal Bill on the first day of the Winter Session on November 29. President Ram Nath Kovind also gave his assent to the bill that completes the process of repealing the three farm laws.

Proposed bill on Aadhaar-voter ID linking: Will it be mandatory? All...