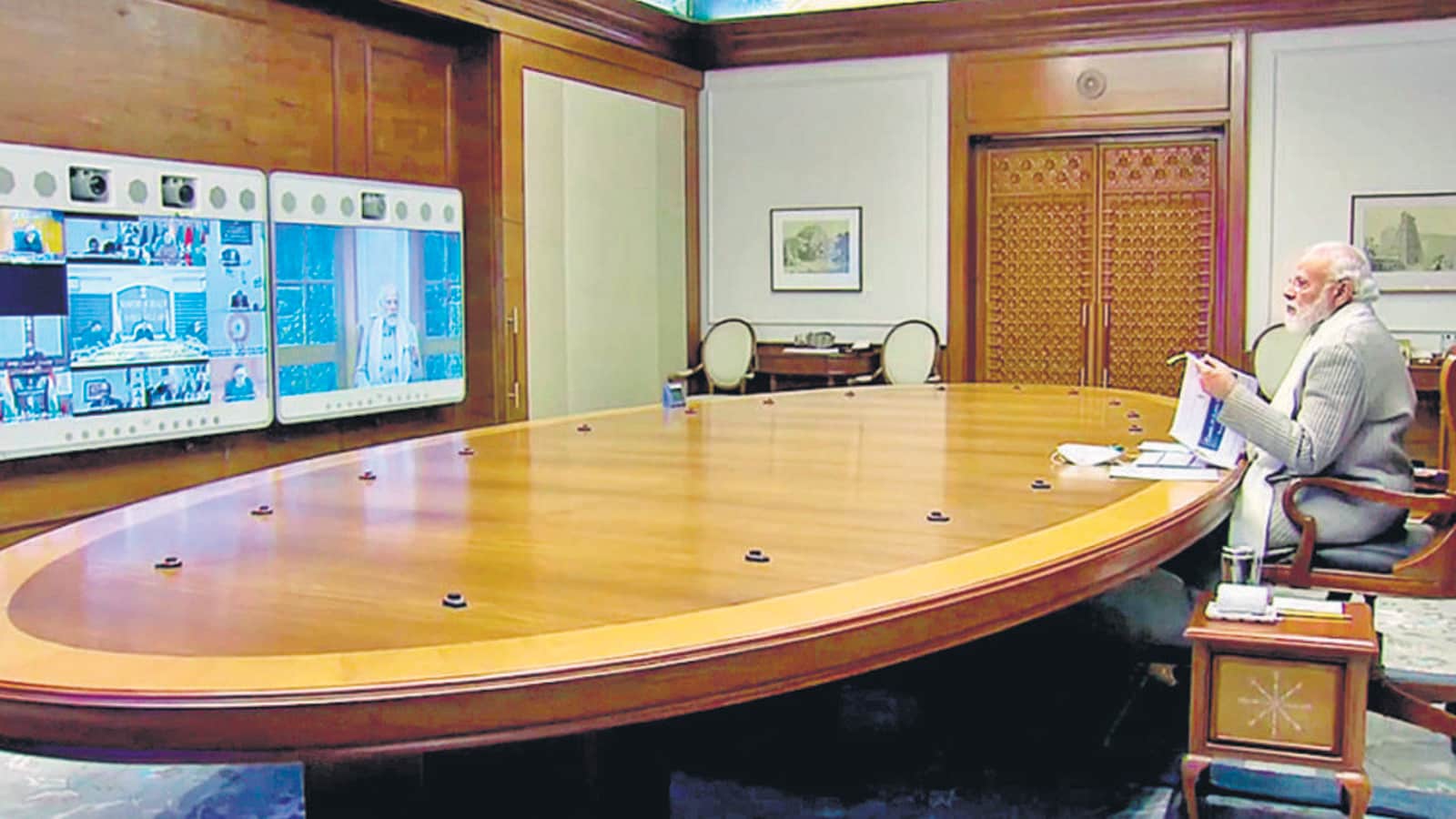 Prime Minister Narendra Modi asked key officials to accelerate vaccination for adolescents and booster dose for health and front line workers in a mission mode, and emphasized on “continuous scientific research in testing, vaccines and pharmacological interventions including genome sequencing” to tackle the evolving virus in a high-level meeting on Sunday.

The Prime Minister also wanted hospitals formulate advance strategies to keep operating, keeping in mind unavailability of a large section of the medical staff, including doctors and nurses, in case they are affected during the surge, according to an official present in the meeting.

Modi suggested more use of technology such as telemedicine to handle non-Covid health issues as these patients tend of get impacted whenever there is a surge, the official said.

“He also told officials that when we review the situation with the states, they must be told that their decisions should be based on evidence and real-time data,” the official said on condition of anonymity.

the Prime Minister also said that effective usage of masks and physical distancing measures must be “a new normal” to control the spread.

While Paul highlighted international experience in Omicron driven surges, Bhushan focused on comparing the Covid situation globally and India, states which are of concern, preparedness in testing, hospital beds, and buffer stocks of drugs and vaccines.

The presentation showed that 31% adolescents aged 15-18 years have been administered with the first dose in 7 days. “PM noted this achievement and urged to further accelerate the vaccine drive for adolescents in mission mode,” an official press release said. He also asked officials to ensure that booster vaccination coverage for health and front line workers are also taken up in a mission mode, the release added.

The marathon meeting lasted more than two hours. After detailed discussion, Modi demanded that “intensive containment and active surveillance should continue in clusters reporting higher cases and required technical support be provided to states which are reporting higher cases presently,” while reiterating effective usage of masks and physical distancing measures as a new normal to control the spread.

The Prime Minister further emphasized “the need for effective implementation of home Isolation for mild/asymptomatic cases and to disseminate the factual information to the community at large,” the press release said.

The meeting also discussed adequate health infrastructure at the district level and close coordination with the states, with the Prime Minister suggesting that a meeting with chief ministers be convened to discuss state-specific scenarios, best practices and the public health response.

“The support to the States to upgrade health infrastructure, testing capacity, availability of oxygen & ICU beds, and buffer stock of covid essential drugs under Emergency Covid Response Package (ECRP-II) was presented. PM stressed on the need to ensure adequate health infrastructure at the district level. He asked officials to maintain co-ordination regarding this with the states,” the press release said.

Meteor-like objects which fell in Maharashtra believed to be parts of...

Covid-19 patients on cruiser refuse to get down at Goa, ship...

Case filed against Raj Thackeray over his speech on loudspeakers