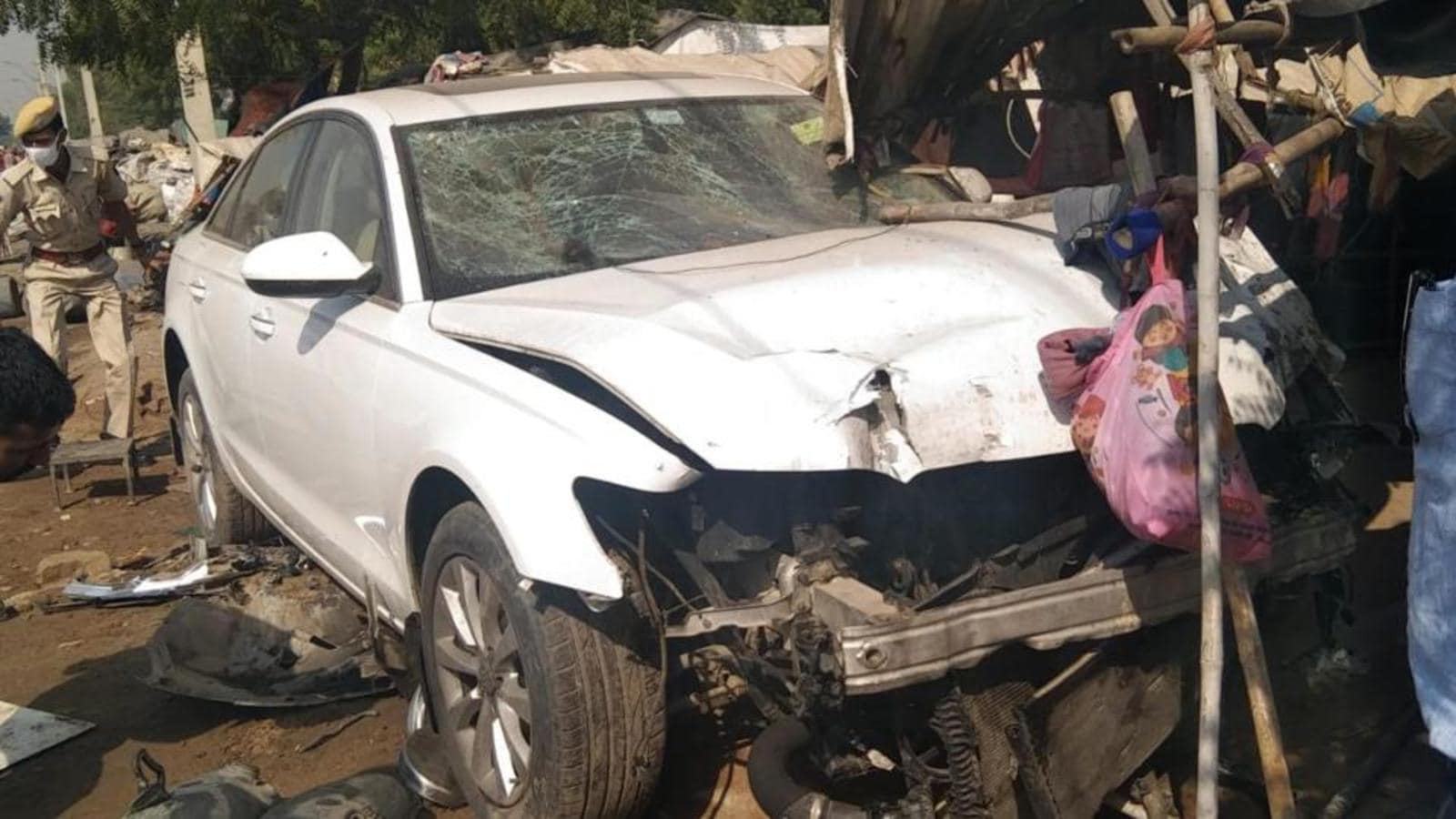 JAIPUR: One person died and eight others were injured in Rajasthan’s Jodhpur town on Tuesday when a speeding luxury car rammed into two-wheelers in front of the vehicle before going off the road and crashing into roadside hutments, police said.

The accident was captured on a close circuit television camera. A 15-second clip that emerged later shows a white car ramming two-wheelers, some of the riders were flung a few feet, as the car drove off the road into the hutments.

Assistant Commissioner of Police (Jodhpur West), Noor Mohammad said the incident involving a speeding Audi car took place near the town’s All India Institute of Medical Sciences at about noon on Tuesday. The car was coming from Pal Road and moving towards AIIMS.

Police said the person driving the car was identified as Amit Nagar. A case for culpable homicide not amounting to murder has been registered under the Indian Penal Code.

“The driver is a businessman from Jodhpur and he recently bought the car. The accused has claimed that his feet got stuck between the accelerator and the brake and therefore, he was not able to control the car,” said station house officer of Choupasni Housing Board police station, Likhma Ram.

Nagar surrendered to the police soon after. His medical test did not show any presence of alcohol in his blood, he added.

Noor Mohammad said the man who died in the accident was identified as Mukesh. Of the eight injured, three were commuters and rest were those people who were in the hutments, he added. The injured have been admitted to AIIMS.

Rajasthan chief minister Ashok Gehlot, who was in Jodhpur, visited the injured and announced ₹2 lakh for the family of those killed, ₹1 lakh for seriously injured and ₹50,000 for other injured.

On October 16, a 30-year-old man was killed and three others sustained injuries when a speeding car, allegedly driven by the 17-year-old son of a circle inspector in Jodhpur, hit multiple vehicles in Jodhpur.

India’s Omicron count rises to 147; Maharashtra, Delhi have most cases

Developer to compensate homebuyer for delay in occupation certificate: SC