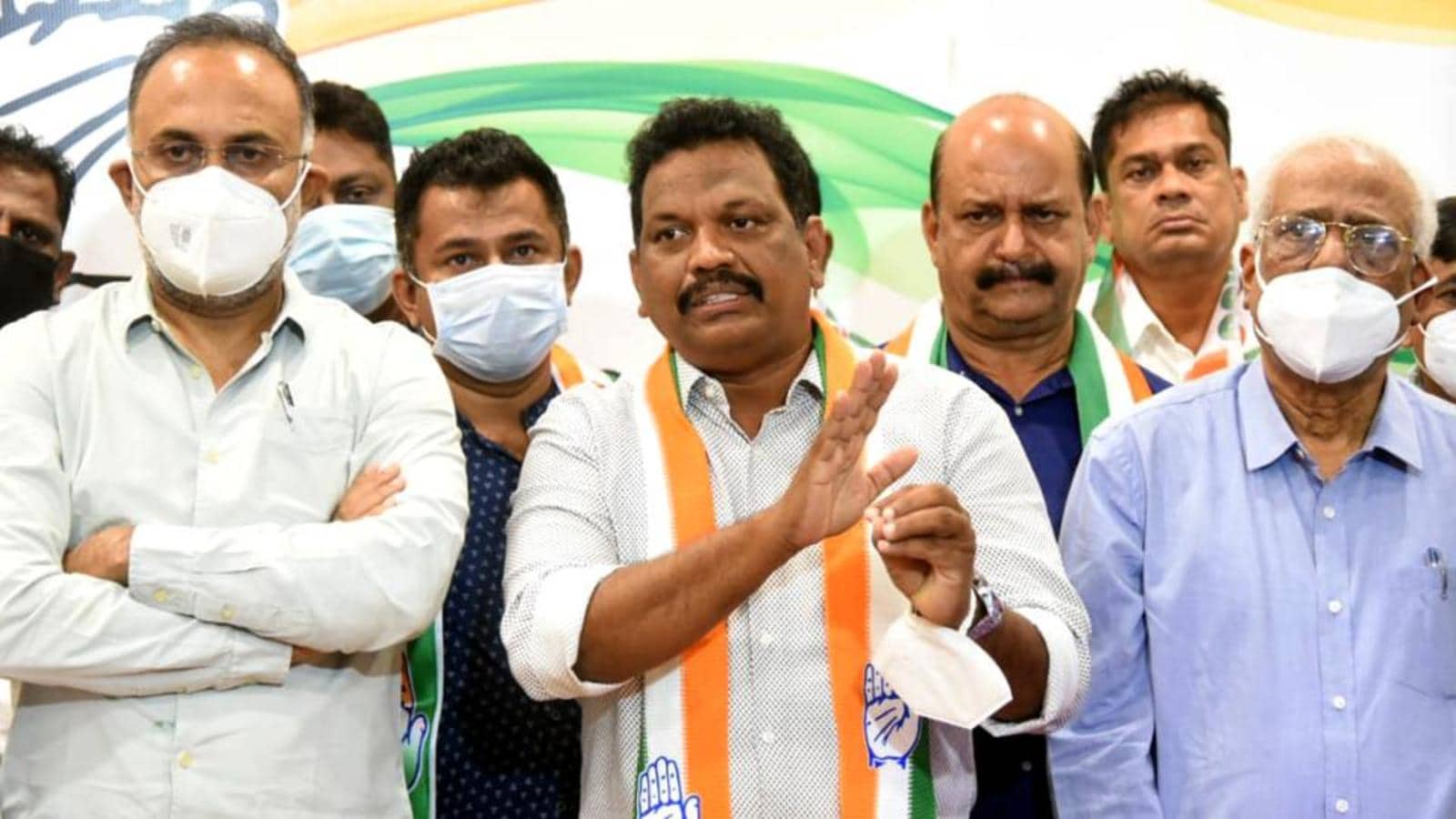 Former BJP leader Michael Lobo on Tuesday joined the Congress, a day after resigning from the Goa cabinet and quitting the saffron party ahead of the elections.

Former Bharatiya Janata Party leader Michael Lobo on Tuesday joined the Congress, a day after resigning from the Goa cabinet and quitting the saffron party.

Lobo joined the Congress along with his wife Delilah and a host of BJP supporters in the presence of Congress’s Goa in-charge Dinesh Gundu Rao, leader of opposition Digambar Kamat. The development came weeks ahead of the assembly elections in the state.

“If Goa is to be taken forward, the way forward for the people of Goa is only Congress. We have seen the work of Digambar Kamat from 2007 to 2012. In this coming election, Goa needs to go in the right direction. We will ensure that the party wins 22 seats (in the 40-member Goa Assembly),” he said.

On Monday, Lobo said he was upset with the functioning of the party, especially the manner in which the grassroots-level workers are treated.

A vocal member of chief minister Pramod Sawant’s cabinet, Lobo is the third Christian lawmaker after Alina Saldanha and Carlos Almeida to have left the BJP citing changes in the party’s functioning following former chief minister Manohar Parrikar’s death in 2019. Christians account for a little over 25% of the state’s population.

Welcoming Lobo to the party, Kamat said: “Let us work hand in hand to bring back a people-friendly Congress government in Goa and remain committed to protect the identity of Goa.”

With Lobo’s resignation, the number of BJP legislators who changed sides since the 2017 assembly elections has risen to 25.

Mango production may drop by 30 pc in Gujarat

What happened to Russia’s Air Force? US officials, experts stumped

Afternoon brief: Delhi man who was shot at in Ukraine readies...

Kajol responds as fan asks when she will work with Shah...