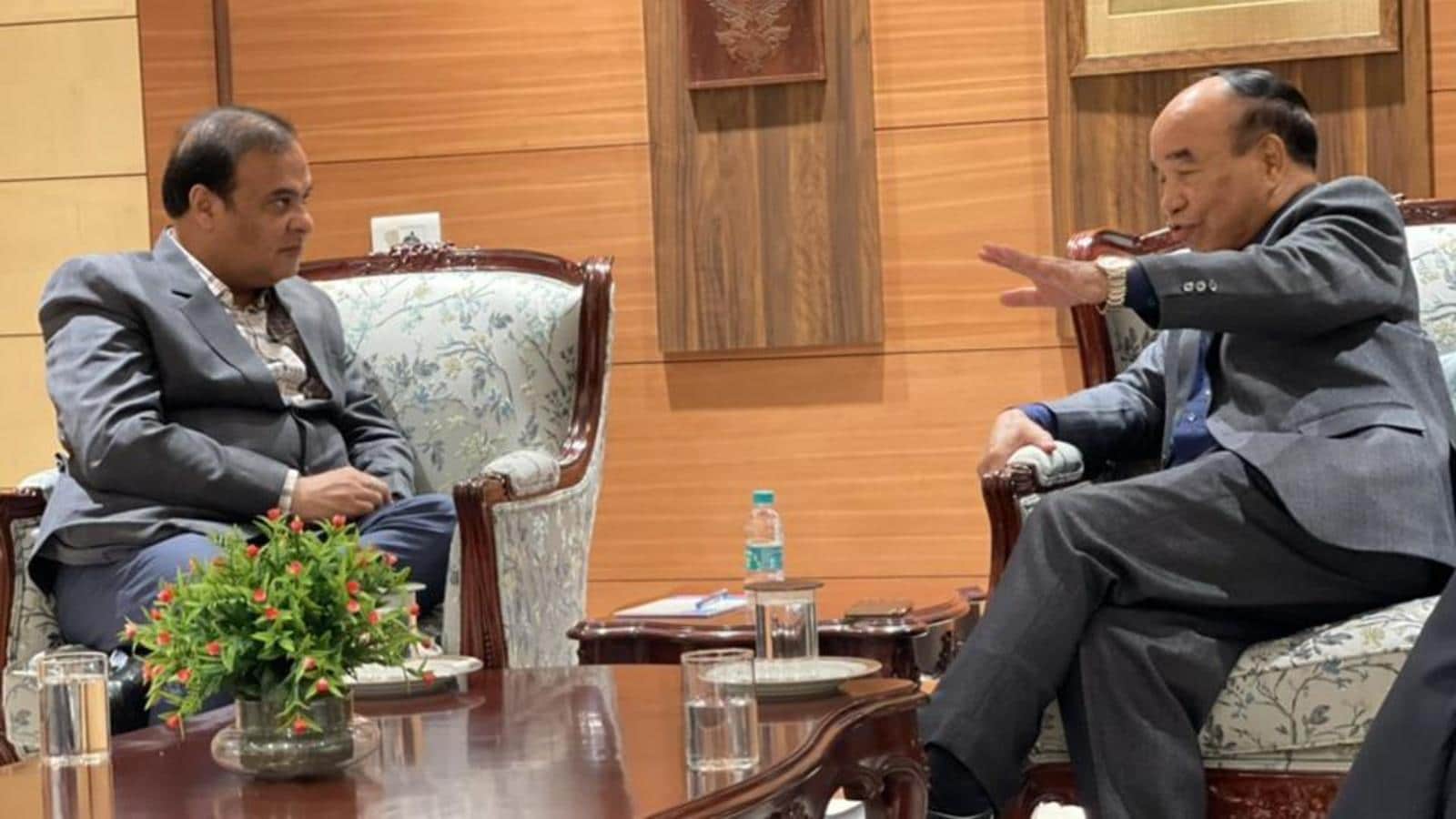 Four months after clashes between security forces on the interstate border claimed the lives of 6 Assam policemen, the chief ministers of Assam and Mizoram met in New Delhi on Thursday to discuss the contentious boundary dispute between the two neighbouring states.

Himanta Biswa Sarma and his Mizoram counterpart Zoramthanga held discussions late on Thursday evening on the insistence of Union home minister Amit Shah who urged both leaders to try and sort out the boundary dispute through talks.

“Cordial discussions on various developmental topics for the welfare of northeast India were discussed. Looking forward to many more progressive meetings,” Zoramthanga tweeted after the discussions.

The meeting, which took place at the Assam House in Delhi, was also attended by Assam agriculture minister Atul Bora, who is the president of Asom Gana Parishad, a partner in the BJP-led coalition in the state.

No immediate reaction was available from either Assam or Mizoram on details of the meeting.

Assam and Mizoram share a 164.6 km long inter-state border and there has been a long-standing dispute between the two states. On Mizoram’s side the border districts are Aizawl, Kolasib and Mamit, while on Assam’s side, the border sharing districts are Cachar, Hailakandi and Karimganj.

After the firing between the police of both the states at Cachar’s Lailapur on July 26 this year, there were several rounds of talks between both states under the Central government’s intervention.

On August 5, following a ministerial-level meeting between the two states at Aizawl, Assam and Mizoram declared that the disputed areas will be looked after by neutral forces from central security agencies.

But even after the agreement to maintain status quo on the disputed border there were allegations and counter-allegations from both sides about constructions going on along the boundary.

On November 5, the Union home ministry issued advisories to both states to maintain status quo on the disputed areas along the inter-state border. But stating that Assam hasn’t stopped construction, Mizoram asked officials in the border districts of the state to continue with ongoing work.

‘No place in the country if you don’t speak Hindi’: UP...