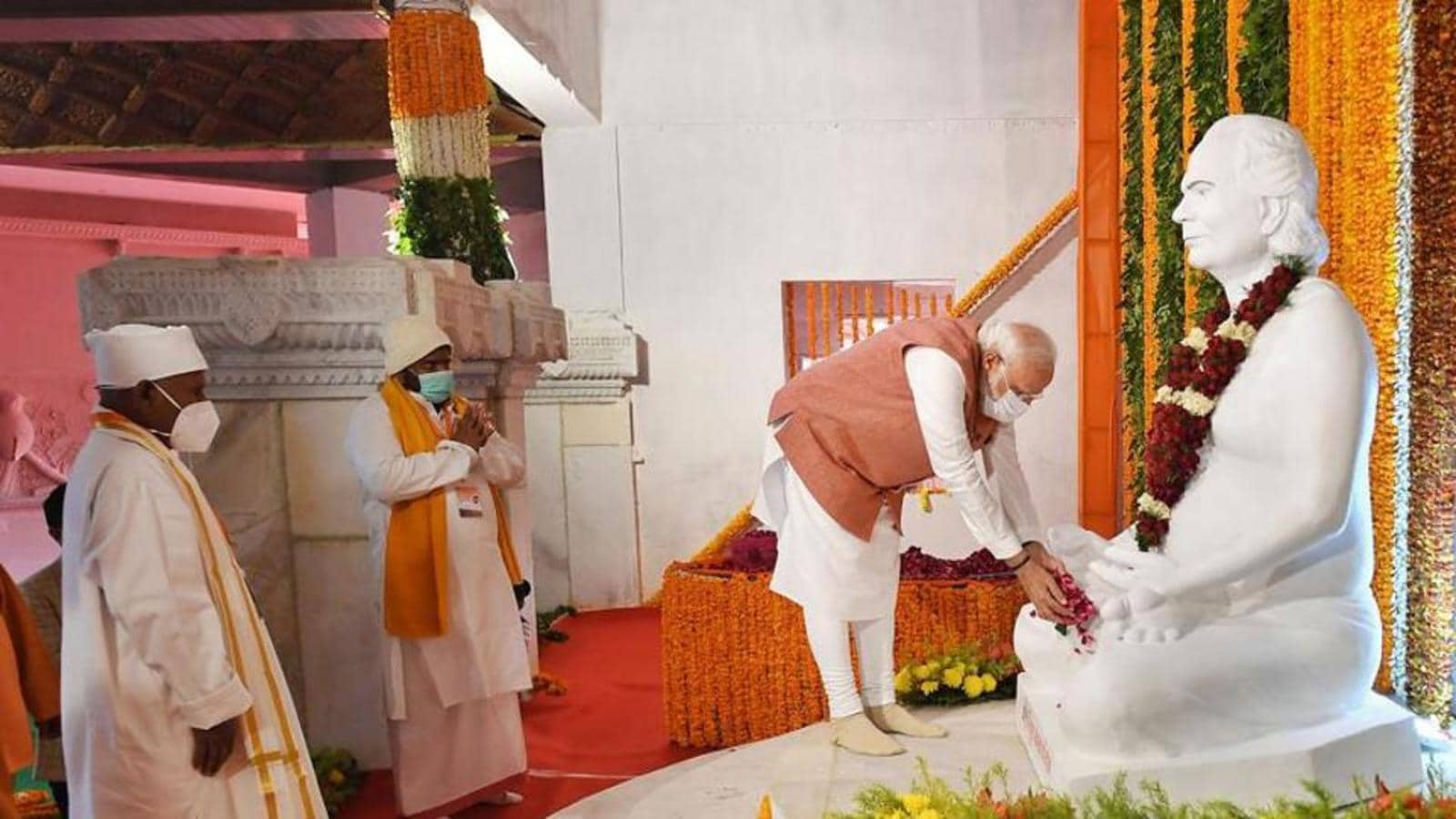 The contribution of spiritual gurus in the freedom movement had not been recorded in history the way it should have been but the younger generation was being introduced to their role, Prime Minister Narendra Modi said on Tuesday in Varanasi.

“There were many saints who left their spiritual practices and participated in the freedom struggle. Their contribution was not recorded in history the way it should have been. When we are celebrating Amrit Mahotsav, it is our responsibility to bring this contribution to light. So today, the country is remembering the contribution of its saints and gurus and introducing it to the young generation,” said Modi, referring to the celebrations marking 75 years of independence.

The PM, speaking a day after inaugurating the Kashi Vishwanath Corridor, highlighted that Sant Sadafal Dev was one of the first people to go to jail in the non-cooperation movement. He also greeted the citizens on the occasion of Gita Jayanti.

He emphasised that cities like Varanasi preserved the seeds of India’s identity, art and entrepreneurship even in the toughest of times. “Where there is a seed, the tree begins to expand from there. And that is why, when we talk about the development of Banaras, it also forms the road map for the development of the entire India,” said Modi. “Embracing the novelty while retaining the old, Banaras is giving a new direction to the country,” he added.

The PM also urged people to take a resolution to educate their daughters and develop their skills.

“Along with their families, the people who can afford, should also take the responsibility of skill development of one or two daughters from financially weaker section families,” he said.

Appealing to people to save water, he said, “We have to keep our rivers, Gangaji and all water sources clean.” These can be resolutions that should be given momentum in the next two years.”

In Hyderabad, 70 medical staff in state-run hospital test positive for...

Jharkhand govt to bear travel expenses of its residents stranded in...

Amit Shah interview: ‘Anger comes out when people do not have...