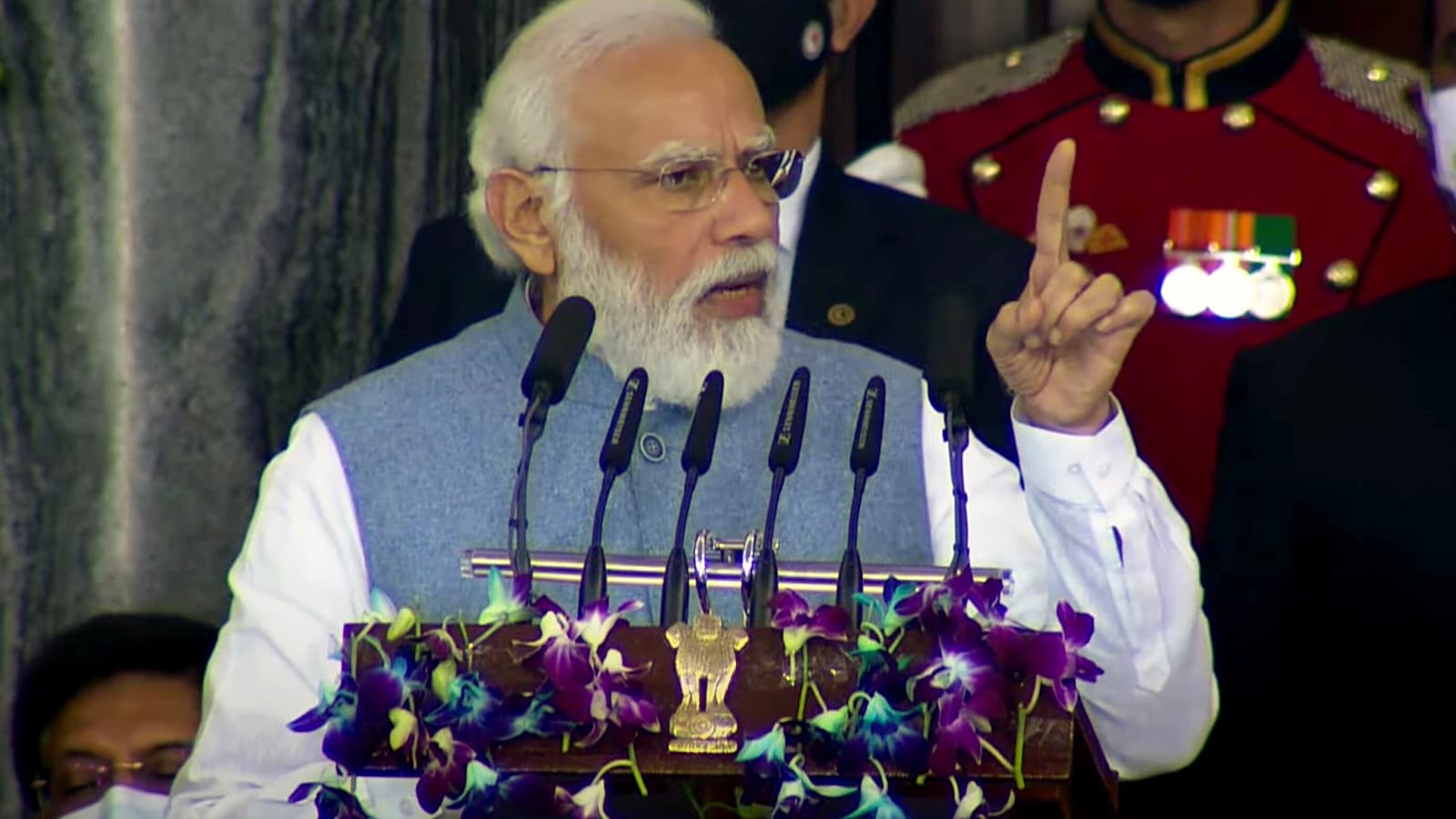 Attending two events on the occasion of Constitution Day on November 26, Prime Minister Narendra Modi voiced concerns over issues that are not in tune of the Constitution. Addressing at the Central Hall of Parliament, PM Modi slammed the family-run parties of the country, while in the evening as he spoke at Vigyan Bhavan, he criticised the colonial mindset.

Here are the top quotes of the Prime Minister on the occasion of Constitution Day.

> Our constitution is not just a collection of many articles, it is the great tradition of millennia. What if we were supposed to write the Constitution today! Could we have written even one page of the Constitution!

> When a political party loses its own democratic character, how can it protect democracy?

> Today, look at every corner of India. The country is moving towards a crisis that should worry every individual who respects the Constitution and that comes from dynastic parties.

Undemocratic, family-run party system is not in tune with the Constitution: PM Modi

> A party run by one family, generation after generation, the family controlling every aspect of the party, is the biggest threat to a healthy democracy. If more than one person from a family enters politics based on merit and blessings, then that is not dynastic politics.

> I remember when I was addressing the House in 2015 on BR Ambedkar’s 125th anniversary and made this announcement of observing November 26 as Constitution Day, even then there was resistance. Where did you bring November 26 from? Why are you doing this, what was the need? This country is not ready to listen to such things where Ambedkar’s name is attached. And even now, to not commemorate this occasion it is a matter of concern,”

> Due to colonial mindset, obstacles are put in the development of our own country, including in name of freedom of expression. Roadblocks are being created on the path of growth of developing nations due to the colonial mindset.

‘No cognisable offence made out’: Delhi Police informs court on ML...

Beyond The News: Will Punjab raise a toast for AAP’s Bhagwant...

‘Precautionary dose’ applicable after 9 months of 2nd dose of Covid...