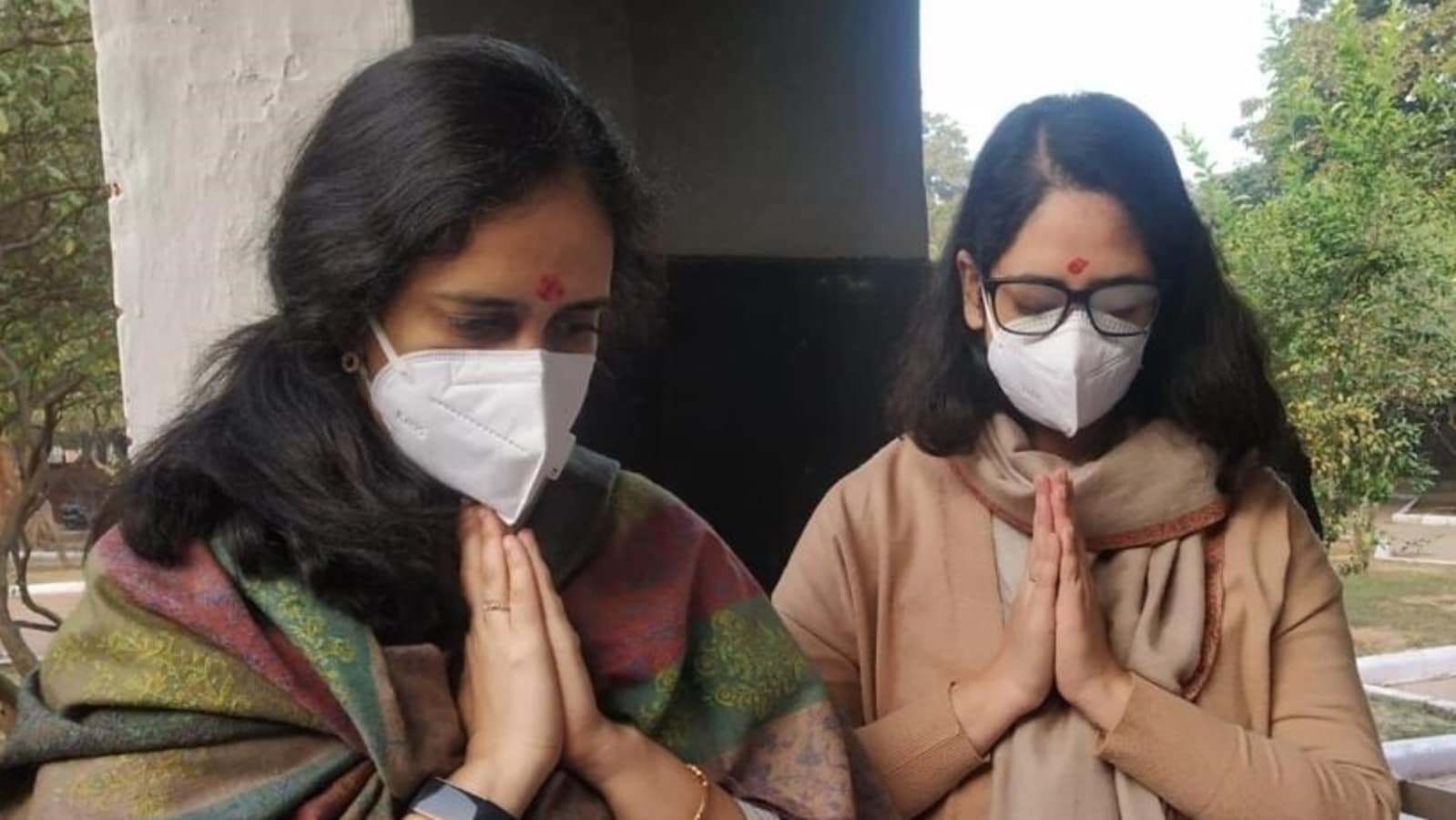 Daughters of India’s first chief of defence staff General Bipin Rawat and his wife Madhulika Rawat on Saturday collected the ashes of their parents from a crematorium in Delhi.

News agency ANI posted the photographs of Kritika and Tarini as they interacted with some people at the Brar Square crematorium in the Delhi Cantonment area of the Capital.

The family has said the ashes of Gen Rawat and Madhulika Rawat, who were cremated on the same funeral pyre at the Brar Square crematorium, will be immersed in the Ganga in Haridwar in Uttarakhand later in the day.

“We will pick the ashes early morning tomorrow in a ‘kalash’ and then head to Haridwar, where the ashes will be immersed in the holy Ganga and some rituals will be performed,” Yash Vardhan Singh, brother-in-law of General Rawat, told PTI on Friday after their cremation.

“Minister of State for Defence Ajay Bhatt and several other senior dignitaries from the state will be present on the occasion,” a person familiar with the matter told news agency ANI.

General Bipin Rawat’s daughters Kritika and Tarini performed the last rites of their father in a sombre military ceremony alongside their mother Madhulika Rawat on Friday, two days after they and 11 armed forces personnel were killed in a helicopter crash in Coonoor in Tamil Nadu.

Group Captain Varun Singh, the only survivor in the crash, is being treated at the Air Force Command hospital in Bengaluru, where he is said to be critical but stable.

The Centre has ordered a ‘tri service’ inquiry into the accident, one of the worst air accidents involving India’s top military brass. The inquiry will be headed by Air Marshal Manvendra Singh, air officer commanding-in-chief Training Command.

Gen Rawat would have completed two years at the end of this month as the country’s first tri-services chief after serving as the Indian Army chief.

Two arrested over bid to derail train in Valsad