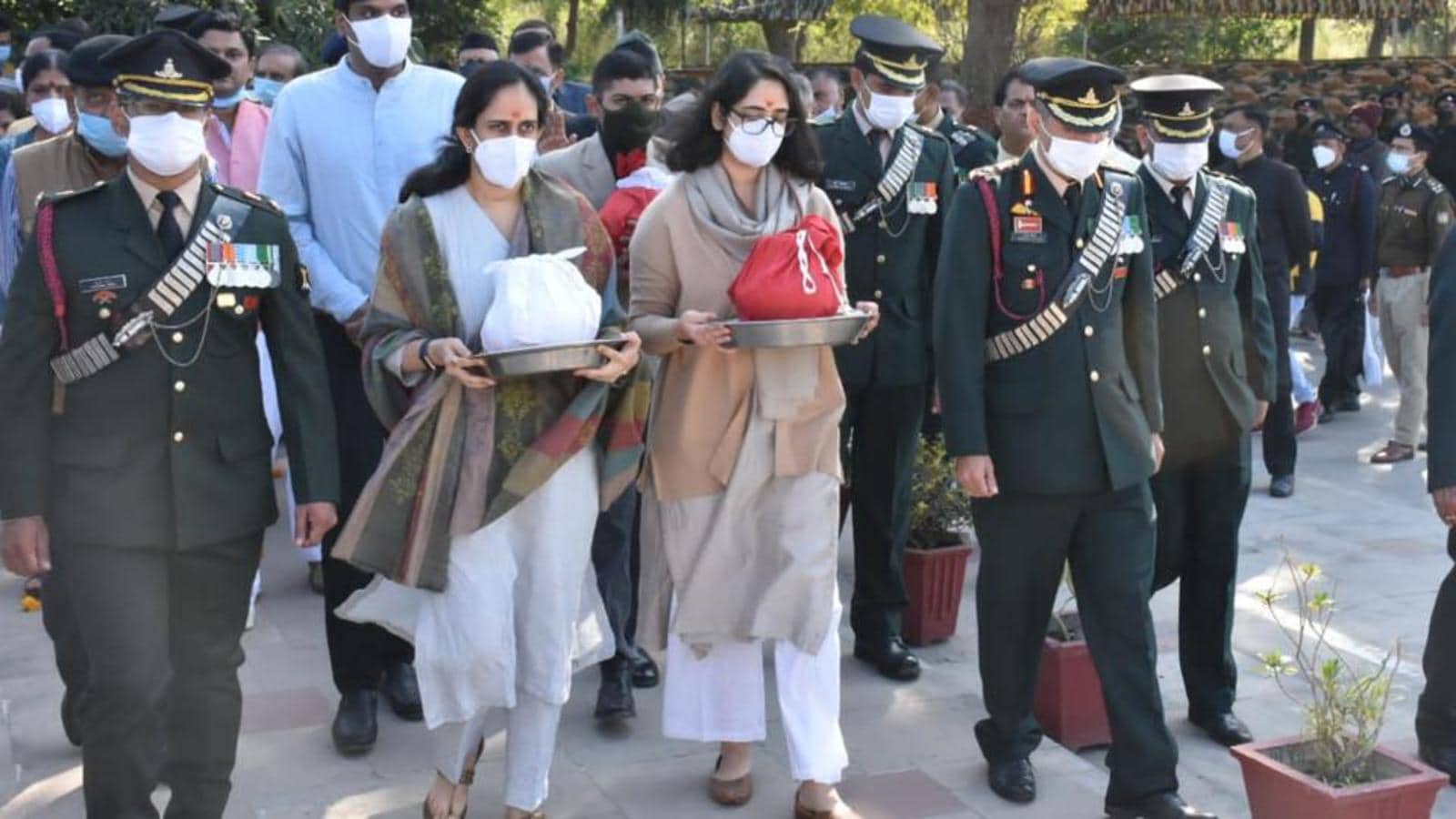 A day after the cremation took place in Delhi, Chief of Defence Staff General Bipin Rawat and his wife Madhulika Rawat’s ashes were immersed in the Ganga River in Haridwar on Sunday.

Local priests performed the rituals with chanting of hymns as people gathered in large numbers at the VIP ghat and adjacent NH-58 highway.

Union Minister of State Defence and Tourism highlighted the contribution of Gen Bipin Rawat as Army chief, CDS and his close association with Uttarakhand.

“Had met Gen Bipin Rawat on November 9 last month on the occasion of Uttarakhand Foundation Day. It is an immense loss to the country and we pray for peace for the departed soul,” said MoS Defence Ajay Bhatt.

Mamata Banerjee ‘very offended’ as his brother roams around despite wife...