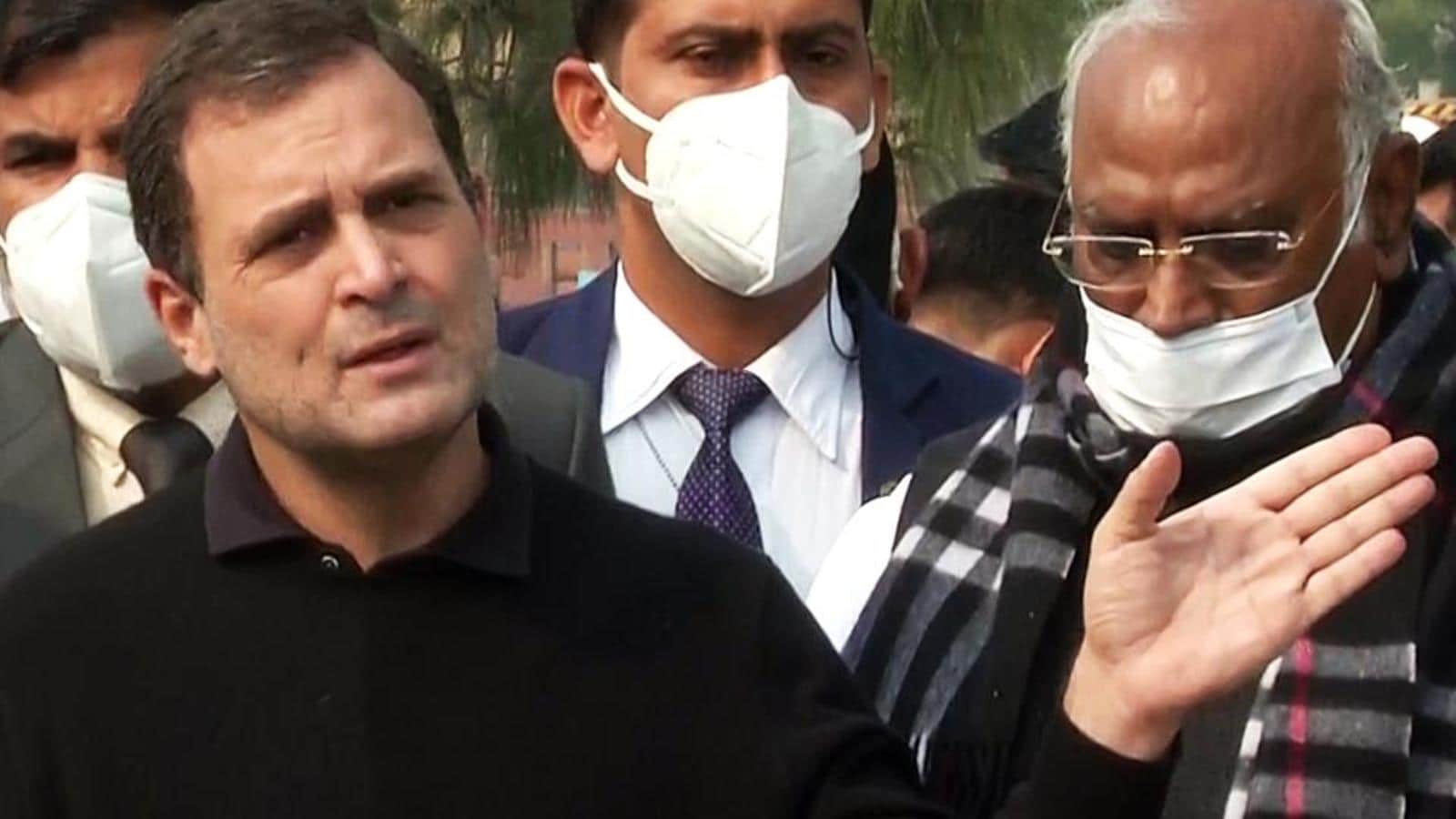 Congress leader Rahul Gandhi on Tuesday accused the government of “crushing” the voices of the people of the country.

“This (suspension of 12 Rajya Sabha MPs) is a symbol of the crushing of the voices of the people of India. They have been suspended now for two weeks. They are sitting outside. Their voices have been crushed. They have done nothing wrong,” Gandhi said during a protest march by Opposition leaders, who are demanding rollback of the suspension of the 12 Rajya Sabha lawmakers.

Leaders from Opposition parties in both the Houses attended the protest march from Parliament to Vijay Chowk in New Delhi on Tuesday.

Gandhi also criticised the Bharatiya Janata Party (BJP)-led government for passing Bills in the Houses of Parliament without discussion or debate. “This is not the way to run a democracy… It is an unfortunate killing of the democracy that is taking place,” he said.

Dravida Munnetra Kazhagam (DMK) leader Tiruchi Siva claimed that the Union government is behaving in a manner that is “undemocratic” and in “violation of all rules of procedure” of the Upper House.

“On the day farm Bills were passed, the government flouted all the procedures on how Bills should be passed. The Bills were bulldozed, the motions were not put to vote, and the Opposition had no other way than to raise their voice and go to the well,” Siva claimed.

He added that the Opposition wants Parliament to function smoothly and their only demand is the revocation of the suspension order.

Rajya Sabha proceedings have been largely disrupted since the start of the winter session with Opposition MPs demanding revocation of the 12 lawmakers’ suspension.

The MPs were suspended for the rest of the winter session for “unruly behaviour” during the previous session in July-August.

For Ukrainians abroad, war has also meant a flowering of identity

UP govt extends closure of schools till Jan 30

Long Covid patients may experience some symptoms beyond a year: Experts

‘Why don’t we learn about money in school?’: Robert Kiyosaki

Madhuri Dixit on the cost of fame that comes with being...

Pune this week: A sensory theatre, a food walk and more