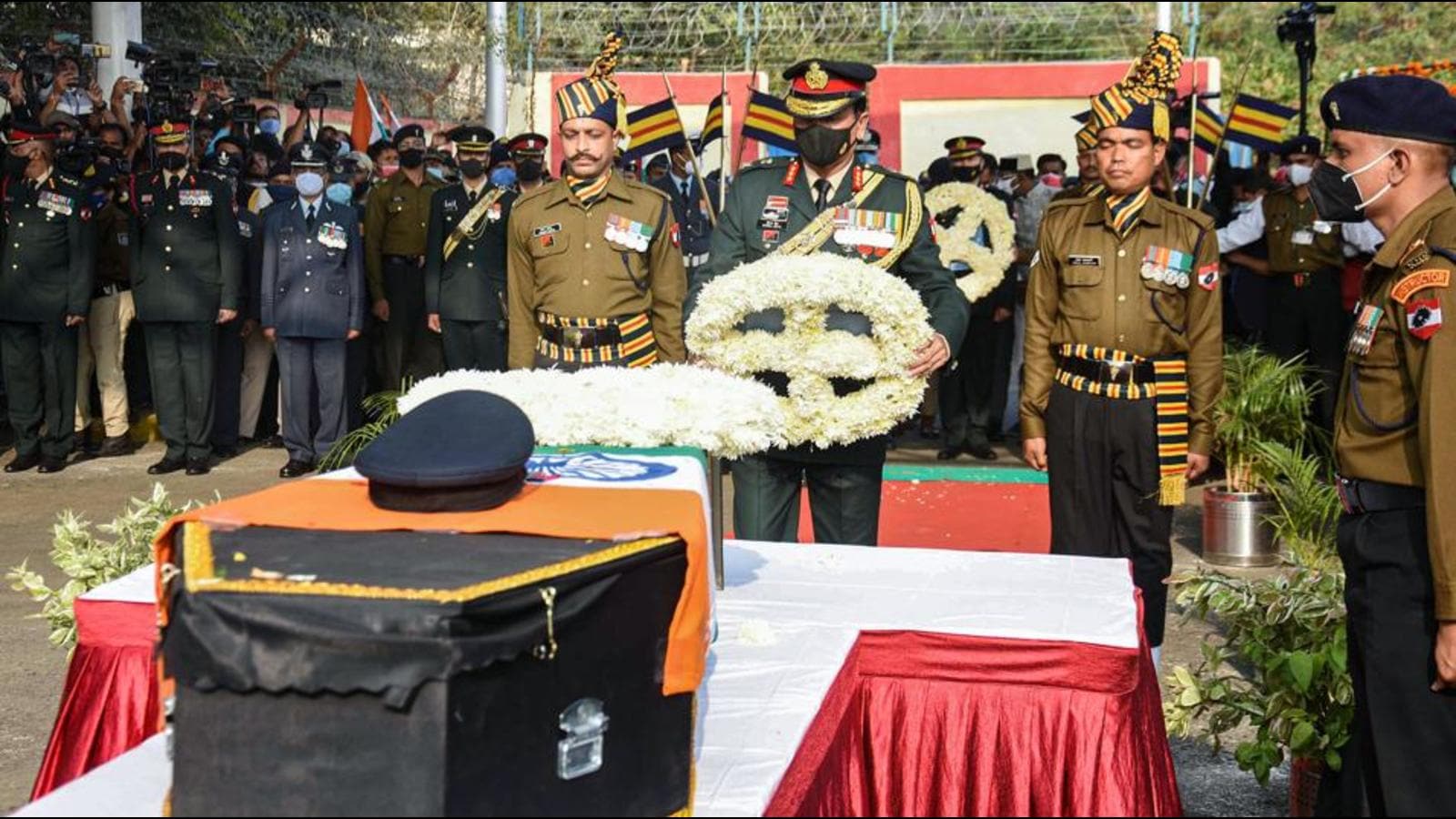 Madhya Pradesh chief minister Shivraj Singh Chouhan announced that an institution or a building will be named after the IAF officer in consultation with his family.

The mortal remains of Group Captain Varun Singh arrived in Bhopal on Thursday. He was the lone survivor of the IAF helicopter crash that occurred on December 8 in which 13 people died including chief of defence staff (CDS) General Bipin Rawat. Singh succumbed to his injuries on Wednesday.

His mother Uma Singh retained her composure while paying tribute to her son and said her daughter in-law Geetanjali Singh, the late IAF officer’s wife, was a brave woman.

Madhya Pradesh chief minister Shivraj Singh Chouhan paid homage by laying a wreath at the State Hangar. Chouhan also met the family members of the IAF officer and consoled them. The body was later taken to his residence.

The CM said that the nation could never forget the valour of the officer. He would continue to live forever in the memories of the state and the countrymen, Chouhan said.

The CM also announced that an institution or a building will be named after the IAF officer in consultation with his family. “An ex-gratia of ₹1 crore will be given to his family. Along with this, a government job will be provided to a family member,” the CM added.

The last rites of Group Captain Varun Singh will be performed with full military honours on Friday at a crematorium in Bairagarh.

Jayeshbhai Jordaar trailer: Ranveer Singh says not without my daughter as...