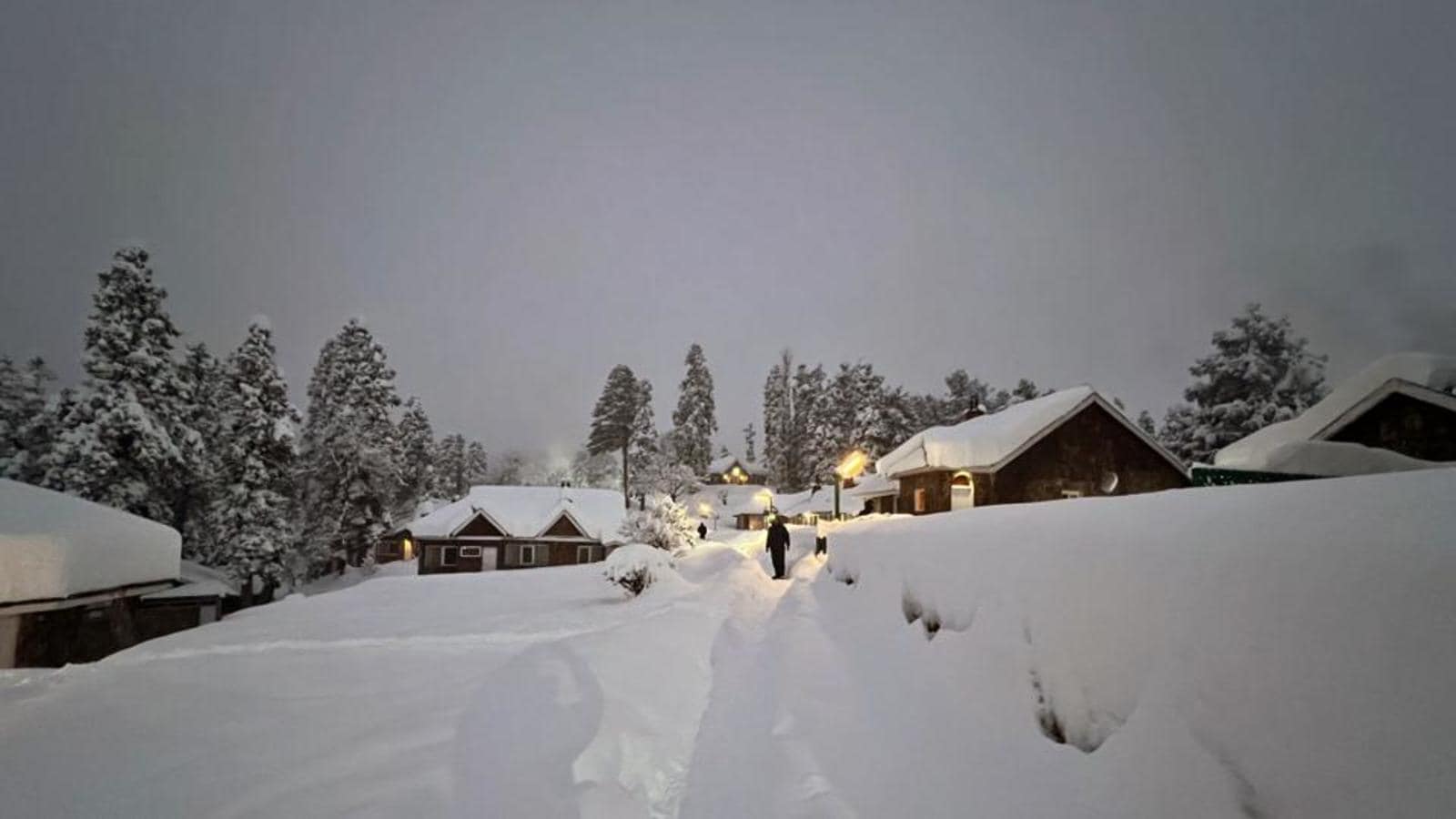 SRINAGAR: The Srinagar-Jammu National Highway was opened for light motor vehicles after its closure following snowfall and landslides last week while mercury plunged below zero at many places in Kashmir during the night, said officials.

Officials said that the highway was opened this morning as per the plan, though there was a mild landside in Ramban which was cleared.

“The highway is open for light motor vehicles from both sides. The landslide at Ramban was immediately cleared,” said an official of traffic control room.

The ski resort of Gulmarg shivered at minus 10 degree Celsius for the second night on Monday following days of rains and snowfall across Jammu and Kashmir between January 4 and 8. However Ladakh is overcast on Monday with light snowfall at many places.

The weather office said that five out of the seven weather observation stations in Kashmir valley recorded sub-zero temperatures during the night while Srinagar and Qazigund were slightly above zero.

The mercury settled at 0.2 degree Celsius in summer capital Srinagar during the night while it was 0.6 degrees in south Kashmir’s Qazigund, the gateway into Kashmir from Jammu.

The meteorological department said that the mercury plunged lowest in the ski resort of Gulmarg to settle at -10.0 degree Celsius, second time in the past two nights. Even the day temperature was -1.0 degrees at Gulmarg on Sunday.

In the mountain resort of Pahalgam in south Kashmir the mercury recorded -2.6 degree Celsius during the night.

The day temperatures at all the above station on Sunday remained 5 degrees or below except at Kupwara where the mercury settled at 6.5 degrees.

Kashmir is under the grip of Chilai Kalan, the Valley’s harshest 40-day winter period, which started on Dec 21.

Normal life resumed to a large extent in Kashmir and majority of flights operated at Srinagar International Airport on Sunday following improvement in wet weather conditions in Jammu and Kashmir after five days of rains and snowfall.

In Jammu division, Banihal and Batote recorded -1.8 degrees and -0.8 degrees respectively during the night.

In the union territory of Ladakh, Drass recorded lowest of -8.8°C while it was -9.5°C in Leh during the night.

The weather is expected to improve in Ladakh from Tuesday.

Can you tap into the power of the ‘cosmos’ to improve...