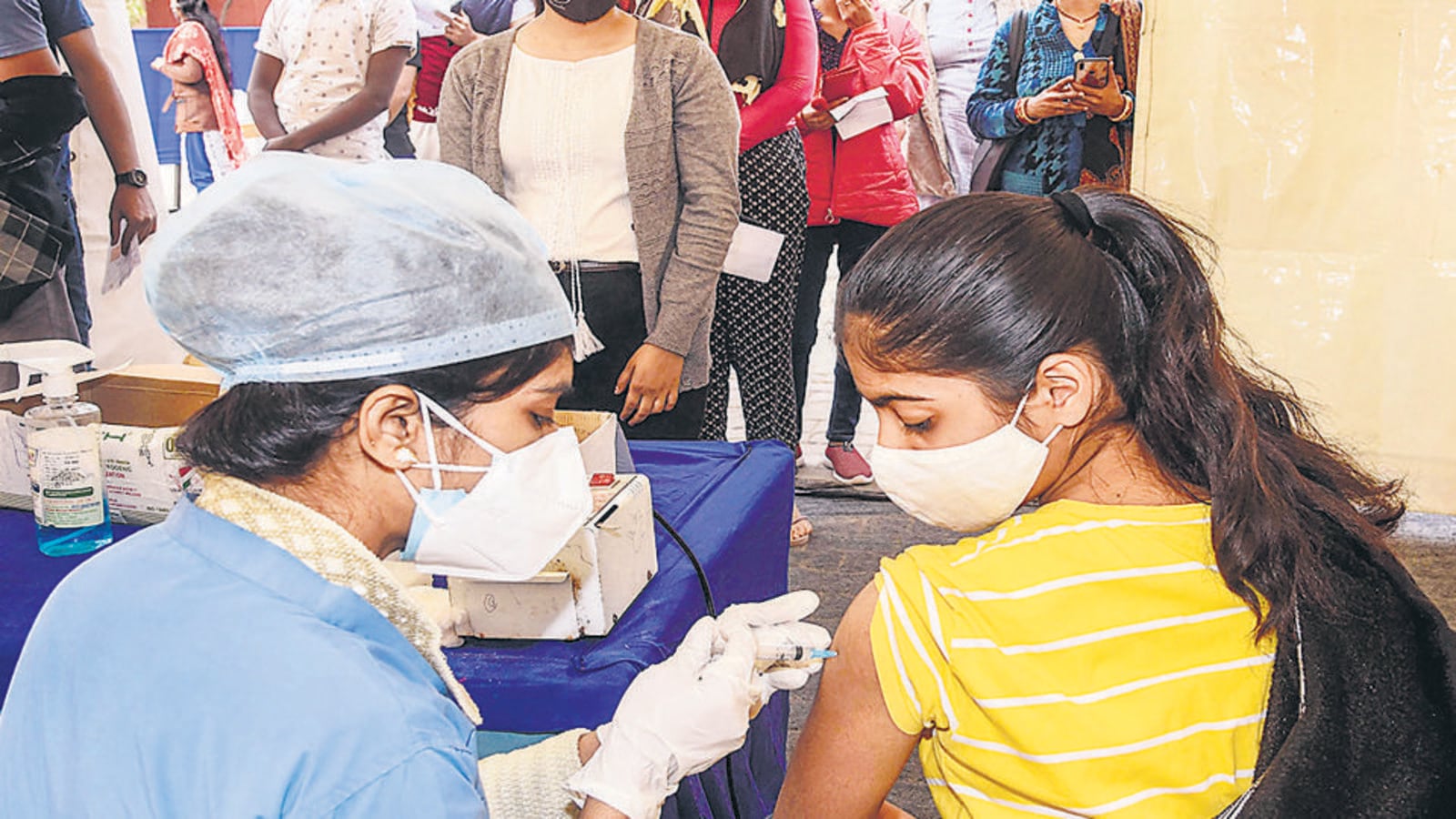 High-risk heath and front line workers, and senior citizens with co-morbidities can from today walk into any vaccination centre for inoculation with a third precautionary dose, provided the second dose was taken nine months ago. They can also book a slot online through the government’s CoWIN portal.

“The facility to get an appointment online for the precautionary dose was opened on Saturday on the CoWIN system, and it is always better to opt for it to avoid any sort of inconveniences later on,” an official said. “The walk-in option is always there.”

“The eligible beneficiaries need not register again on the CoWIN platform for their third dose,” the official said, requesting anonymity. “They can simply book a slot of their third dose.”

The central government has already issued detailed guidelines to all states and Union Territories, and conducted several meetings on how to implement the process smoothly.

The third shot of Covid-19 vaccines will be of the same as the first two doses. “It will be a homologous third or precautionary dose,” VK Paul, member (health), Niti Aayog, said at a recent briefing of the health ministry. “Those who have received Covaxin will receive Covaxin, and those who have earlier received primary two doses of Covishield will receive Covishield,”

The policy could be reviewed as and when the government gets more information and data on other vaccines, especially on mixing of doses, Paul said.

The third doses are part of the government’s next phase on coronavirus vaccinations, which comes at a time when the country is in the grip of a third wave driven by the highly transmissible Omicron variant.

Prime Minister Narendra Modi on December 25 announced the opening of the phase, beginning with the first of the under-18 population – children between 15-18 – to get a shot from January 3. He also announced expanding the coverage to all health and front line workers, and citizens aged 60 years or above with comorbidities as these were at high risk of getting severe disease.

This population group will be able to access the vaccination for precaution dose through their existing CoWIN account, the health ministry said. Eligibility of such beneficiaries for the precautionary dose will be based on the date of administration of second dose as recorded in the CoWIN system.

The health ministry also directed private hospitals that function as covid vaccination centres across the country to vaccinate their staff eligible for the precautionary third dose within their hospital, and those eligible beneficiaries who are a part of armed or special forces will take within their system, as was previously done.

This category of people needed the additional dose, experts said.

“The immune compromised people, or those on such type of treatment or suffering from chronic medical condition that could weaken immunity are vulnerable, and need additional protection,” said Dr GC Khilnani, former head, pulmonary medicine department, All India Institute of Medical Sciences, Delhi.

15+ can register for vaccines from Jan, set to get Covaxin

PM halts in Lucknow today, all fingers crossed over dinner with...

Adi Shankaracharya’s statue to be unveiled at Kedarnath