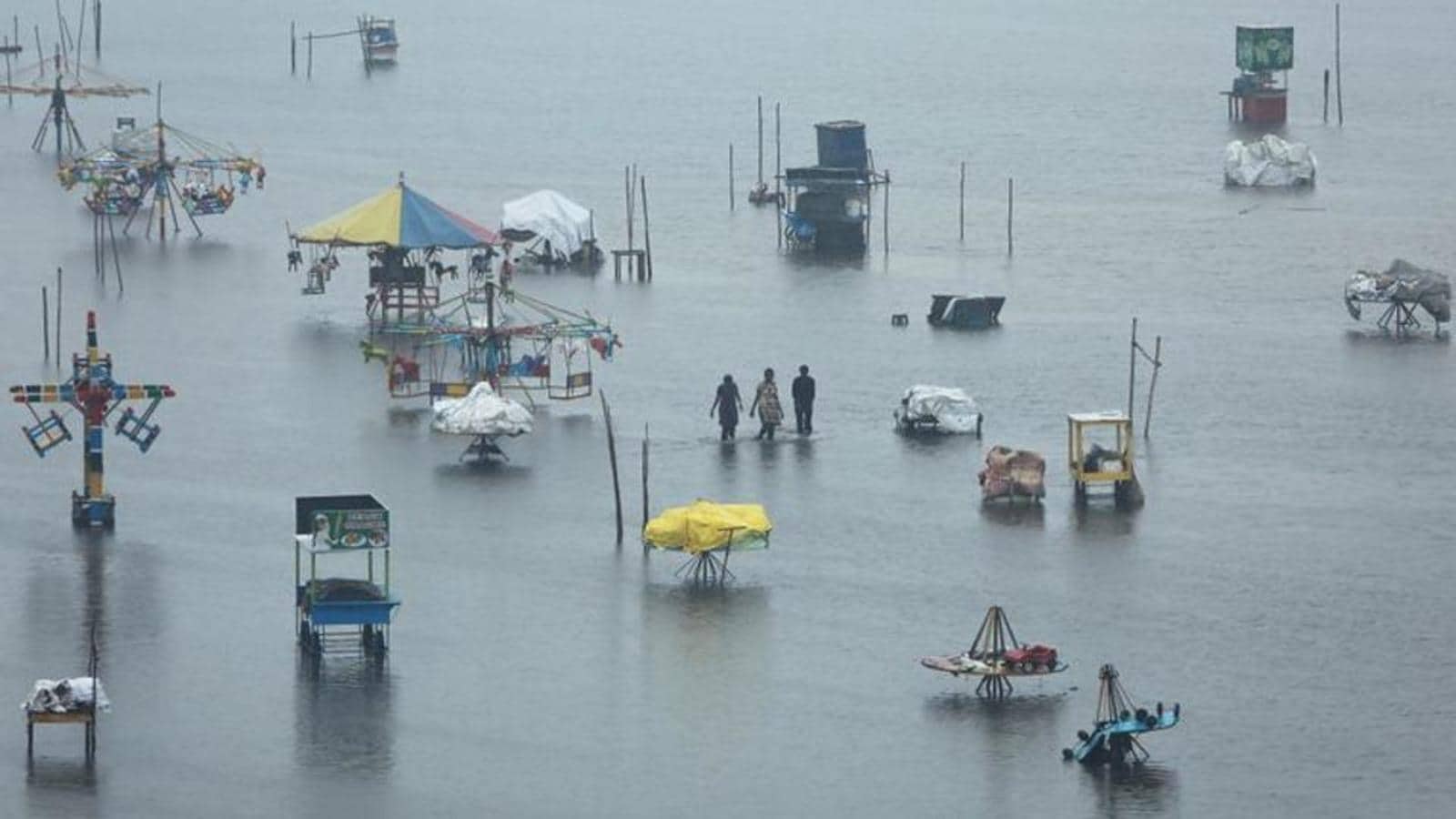 The heavy rains were caused by a depression over Bay of Bengal that moved west-northwestwards early on Thursday and lay centred at 5.30am about 170km east-southeast of Chennai

Heavy rains and strong winds lashed flood-hit Chennai overnight with the city’s Nungambakkam station recording 140.5mm of rainfall until 5.30am on Thursday. The India Meteorological Department said that extremely heavy rainfall occurred in isolated places in Tamil Nadu’s Nagapattinam, Thiruvarur, and Karaikal from 8.30am on Wednesday over the next 24 hours.

The heavy rains have been caused by a depression over southwest Bay of Bengal which moved west-northwestwards with a speed of 21kmph early Thursday and lay centred at 5.30am about 170km east-southeast of Chennai and 170km east of Puducherry. “It is very likely to continue to move west-northwestwards and cross north Tamil Nadu and adjoining south Andhra Pradesh coasts around Chennai by November 11 evening,” said the Regional Meteorological Centre (RMC).

A wind warning at 6.45am was also issued for the next six hours in Chennai and its adjoining districts due to the influence of the depression. “Surface winds will be strong with a wind speed around 40 with gusting to 45 kilometres per hour over Chennai, Kancheepuram, Tiruvallur and Chengalpattu districts of Tamil Nadu and Puducherry during next six hours,” said head of RMC (Chennai) S Balachandran.

Eleven subways in Chennai and several roads have been closed due to waterlogging. Traffic has been diverted and at least four trees were uprooted. Reservoirs in Chembarambakkam, Redhills, Cholavaram, Poondi, and Veeranam reached their maximum capacity and water was being discharged from them.

Who is Lt. General Manoj Pande, India’s next army chief?

Man arrested for rape of 11-year-old girl in school remanded to...

Development charges must be used for nearby infra: SC

Amid a clash with MHT-CET, Maharashtra changes dates of some HSC...