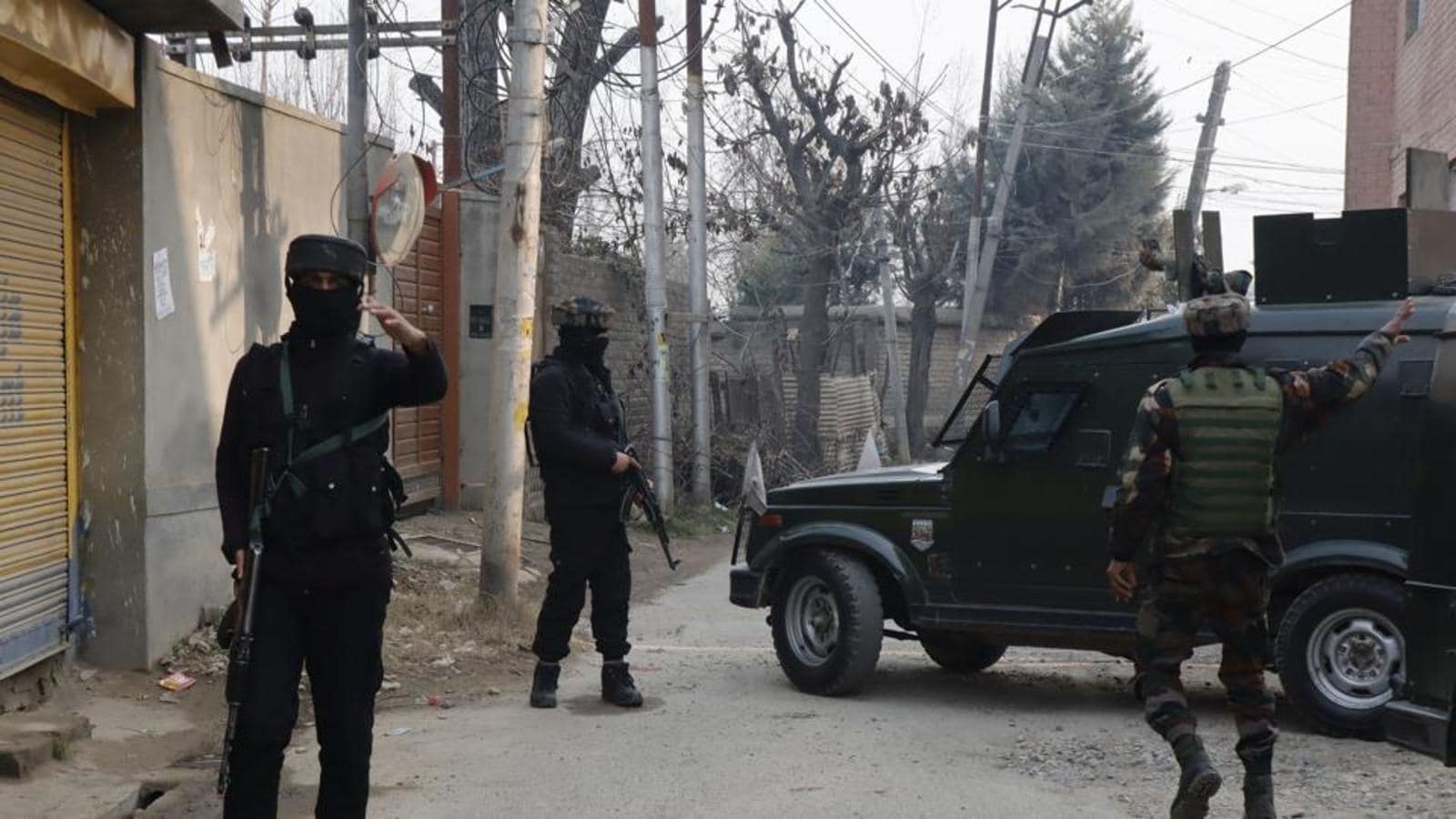 Hizbul Mujahideen’s Feroz Ahmad Dar, who was killed in the encounter in Pulwama, was involved in the killing of a 22-year-old graduate Ishrat Muneer Bhat who was taped on video pleading for mercy before she was shot dead, police said.

SRINAGAR: A Hizbul Mujahideen operative shot dead by security forces in an encounter in south Kashmir’s Pulwama district was involved in the killing of four police personnel deployed for the security of some Kashmiri Pandit families in Shopian’s Zainapora area in December 2018.

Feroz Ahmad Dar, a resident of Heff-Shrimal in Shopian, was shot dead by security forces in an encounter that started late on Tuesday night during a joint cordon and search operation was launched by police, Rashtriya Rifles and the Central Reserve Police Force in Pulwama’s Uzrampathri village.

“Police and security forces neutralized ‘A+’ categorized terrorist of proscribed terror outfit HM involved in several terror crimes including attack on a minority guard in 2018 at Zainapora Shopian, in which four police personnel were martyred,” a police spokesman said.

The spokesperson said Feroz Ahmad Dar was given repeated opportunities to surrender but he continued firing at security forces.

Dar, according to police records, was part of groups involved in several terror crime cases including attacks on security forces and civilians.

“Pertinently, the killed terrorist was active since 2017 and involved in several terror crime cases including an attack on a minority guard in December 2018 at Zainapora,” the spokesperson said. Four police personnel were killed in the Zainapora attack in the indiscriminate firing by the terrorists after entering the guard post set up by the Kashmir police for the protection of some Kashmiri Pandit families living in the area.

Dar was also involved in the killing of Ishrat Muneer Bhat, the 22-year-old who was taped on video seeking mercy from the terrorists before she was shot dead at point-blank range. The video clip of her execution was circulated by the terrorists, their warning to other Kashmiris. Bhat’s body was found in Shopian’s Draggad village, 30km from her house. The terrorists reportedly suspected she may have tipped off the police about Albadar commander-in-chief Zeenat-ul-Islam who was shot dead a few weeks earlier in January 2019.

The Jammu and Kashmir police spokesperson said Feroz Ahmad Dar was also involved in the killing of Charnajeet, a labourer from Punjab who was attacked along with others while loading apple boxes in a vehicle in October 2019, months after the centre revoked Jammu and Kashmir’s special status.

Dharma Sansad Seers to hold protest on Jan 16 against FIR...

Bihar man who said he took 12 doses of Covid vaccine...