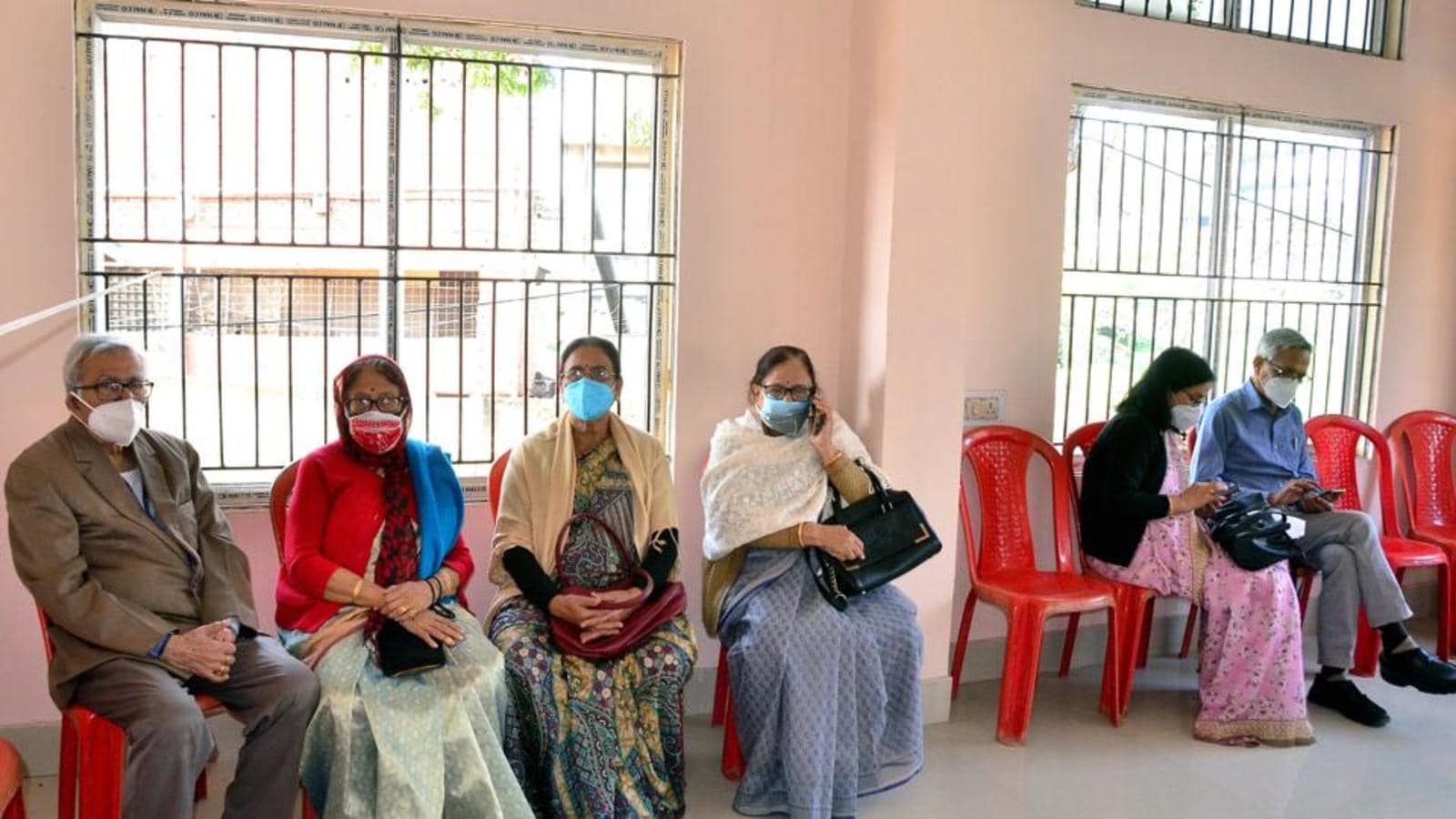 Doorstep vaccination for adolescents and those eligible for booster doses is expected to start soon as the government seeks to further push its vaccination campaign on a mission mode, officials said.

With Covid-19 cases spiraling in several states, resulting in a national positivity rate of 13.29% on Monday, the government has ramped up medical infrastructure in districts while oxygen supply has exceeded 19,000 tonnes daily, they said.

While data available with the government showed only 4,033 confirmed Omicron cases – highest in Maharashtra, followed by Rajasthan, Delhi and Karnataka – have been recorded, several big cities including Mumbai, Delhi, Gurugram, Kolkata, Chennai and parts of Bengaluru have been identified as “major districts of concern.”

Mumbai saw coronavirus cases rise 55 times between January 2 and 8. The increase was alarming in other places as well, including Mumbai Suburban (48 times), Thane (49x), Kolkata (30x) and Bangaluru (20x), even as only 2,480 omicron cases were active on Monday. Till January 2, 1,547 Omicron cases were detected.

While the health ministry is analysing case trajectory across the world and in India everyday to identify priority actions, a health official said the vaccination programme will see a further push.

“We will now launch the door-to-door vaccination drive, named as Har Ghar Dastak, to speed up the vaccination coverage of the eligible population,” the official said, requesting anonymity. “The same programme has been used in the earlier rounds of vaccination.”

Since January 3, 31% of children in the 15-18 age cohort have received their first jab of Covaxin.

There is still no clarity on whether children below the age of 15 would also be inoculated. Vaccination for various age groups is decided by the National Expert Group on Vaccine Administration for COVID-19 based on scientific inputs and expert advice, the ministry official pointed out.

It was also clarified that the government would continue to recommend seven days of isolation at home for those who are infected.

India had witnessed its highest number of fresh covid cases – more than 4 lakh – on May 7 last year. Some officials are not ruling out the possibility that a higher range of daily cases might be recorded in the third wave.

“But we are ready. We have ramped up infrastructure at the state and district levels,” another government official said, declining to be named. “We can deal with much more cases, if the situation requires.”

India’s daily oxygen supply capacity is now 19,236 tonnes, officials said. As many as 4.02 lakh oxygen cylinders have been delivered to the states and 59,902 oxygen concentrators have been installed at hospitals, they said.

The government will also launch an awareness campaign to highlight the need for speedy vaccination and Covid-appropriate behaviour.

“Last time, during the second wave, we had a very fruitful campaign. Now we are going to start a media campaign involving popular figures such as film stars Akshay Kumar, Cheeranjeevi and others. An awareness drive will be soon launched in FM channels and other mediums,” said the official.

Currently, only about 5-10% of infected people require hospitalisation, but that situation might change rapidly. “The modelling for possible situations are being made by various countries, but we need to be prepared no matter whatever the number is,” said an official.

Manik takes oath as in Tripura CM, says will work for...

2 lynched in MP on suspicion of cow slaughter

Deepika Padukone looks elated to be back home after Pathaan shoot...

Special camps to be set up so Bihar panchayat leaders can...

Explained: Why are Army aspirants protesting in Haryana