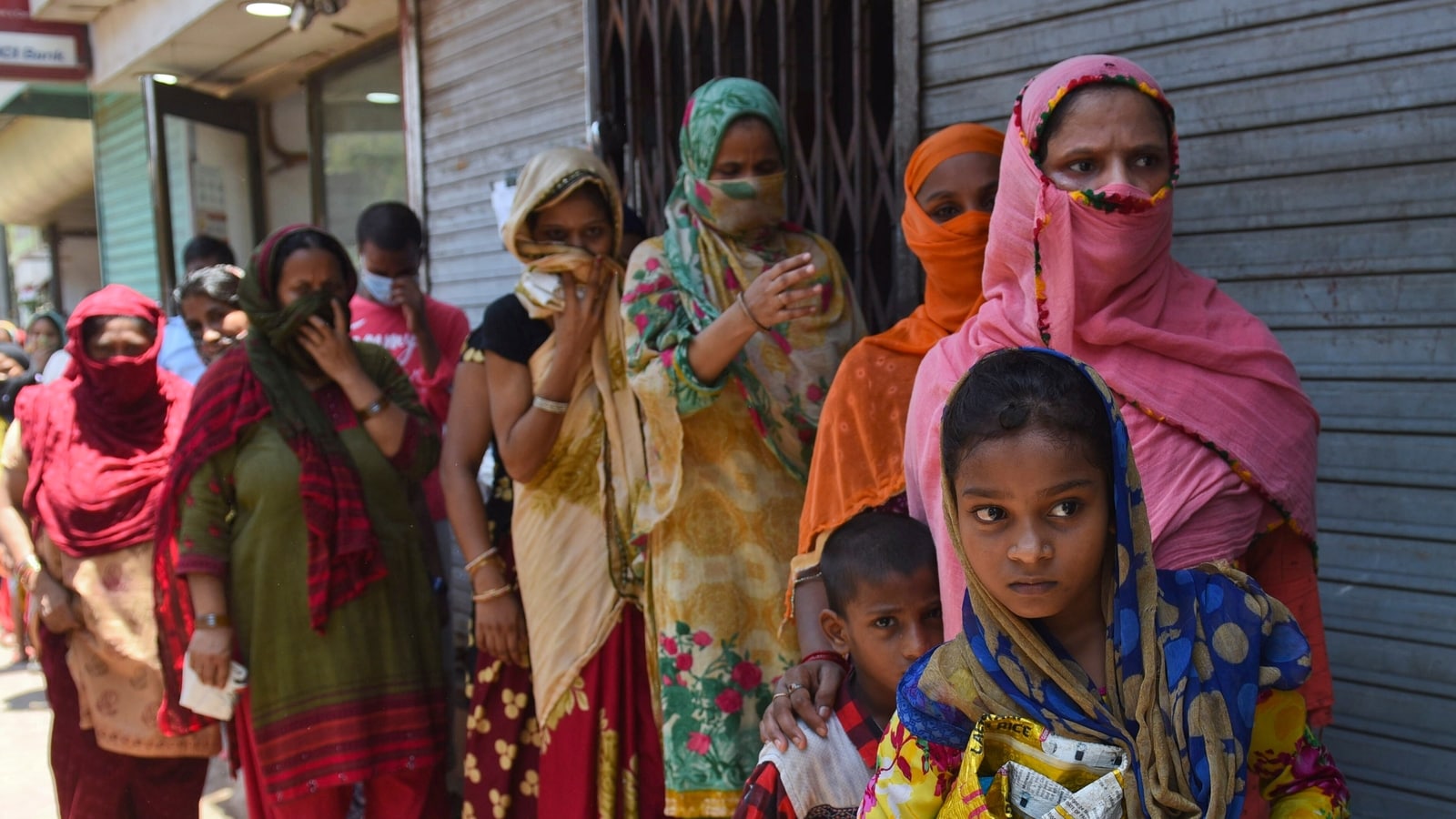 In 49 days from now, finance minister Nirmala Sitharaman will present the Union Budget. As the budget preparations are underway, there are mixed signals on the economy. At 8.4%, GDP growth in the quarter ending September exceeded estimates. However, other indicators such as RBI’s Consumer Confidence Index are still in red. Even the private consumption component of GDP remains below pre-pandemic levels. What these numbers suggest is that the post-pandemic recovery has been uneven.

What is the actual state of the economy? One way to answer this question is to look at the numbers from the Consumer Pyramid Household Survey (CPHS) to track the pandemic’s impact.

CPHS is a high-frequency, large-scale, nationally representative survey of close to 200,000 households and, currently, the only dataset that allows us to track income changes on a monthly level for India. While data on indicators such as employment is available until August, income data from CPHS is available until June 2021. This means that currently the CPHS allows us to track the income impact of both the waves of the pandemic and the recovery after the first one, but not the recovery after the second wave.

This two-part series will track this impact and recovery. The first part will track the pandemic’s impact on income of rich and poor households from rural and urban areas.

The intensity and spread of the pandemic itself varied for different regions at different points in time. Consequently, we study the impact and recovery in terms of the imposition of lockdowns. April 2020 was the first full month of the nationwide lockdown, and the time when economic parameters were the worst affected. The first lockdown was eased substantially starting June 2020, and the economy began to open up. There was a gap of roughly nine months between the end of the first wave and the coming of the second wave (June 2020 to February 2021). In the first wave, the average all-India monthly per capita household income fell by 44% between February 2020 and April 2020. There was a near-complete recovery in incomes by January 2021 – with per capita household incomes a mere 3% lower than the pre-pandemic level (February 2020). However, the impact of the second wave began being felt from February 2021, and incomes started falling again before a full recovery could be achieved. All-India per capita incomes fell by 19% over the second wave between January and May this year, with incomes in May continuing to remain 22% lower than pre-pandemic levels. Economic indicators such as income and employment were the worst affected in May 2021, beyond which recovery started. While the impact of the first wave was felt more acutely in urban areas, that of the second wave was more adverse in rural areas.

The pandemic impacted incomes in a regressive manner. Poorer households were impacted more, suffering a sharper drop in their incomes as compared to richer ones. During the first wave of the pandemic, the top quartile (top 25%) of the all-India population suffered the least with average monthly incomes dropping by 33% between February and April 2020. The corresponding drop in incomes for the remaining three-quartiles of the population was 46% on average. The fall in incomes during the first wave was more pronounced in the urban sector, and spread monotonically over the distribution – the drop was the highest for the bottom quartile, followed by the second, followed by the third, and the least for the top quartile. Individuals belonging to households in the bottom quarter of the urban population saw an income drop of 57% between February and April 2020, while those in the top quartile suffered a drop of 40%.

Before the coming of the second wave in February 2021, income recovery was sharpest for individuals from households in the bottom quartile, and the least for those from the top quartile. To be sure, in absolute terms the latter’s incomes were more than three times higher that of the former. By January this year, incomes for the bottom two quartiles (bottom 50%) had recovered fully, i.e., gone back to pre-pandemic levels; while those for the top two quartiles continued to remain 5-6% below pre-pandemic levels. Urban incomes experienced a slower recovery.

The income recovery story aligns with emerging employment trends wherein recovery was quicker and complete for the more precarious jobs (casual/daily wage workers and self-employed), while it remained slow and incomplete for salaried workers. Forthcoming work by Rosa Abraham from Azim Premji University shows that only 38% of erstwhile salaried workers (December 2019) were in the salaried pool in April 2020. Even till August 2021 (the latest period for which we have employment data) only 48% of them got back to salaried jobs. The similarity with the income story becomes apparent when we notice that daily-wage, and self-employed workers are more likely to be in the lower income groups, and salaried workers are more likely to belong to the high-income groups. Even though the impact of the second wave on incomes was smaller in magnitude in comparison to the first wave, it was significant. The drop in incomes was similar for the bottom and top quartiles, but was the highest for the middle two quartiles or the middle 50% of the distribution.

While the poor seem to be making a quicker recovery in terms of both employment and income gains, this ought to be juxtaposed with the disproportionately worse impact that they suffered during the first wave. As our earlier research has shown (State of Working India 2021), the poorest segment of the population in the months of March and April 2020 lost their entire income. It seems inevitable that such households must have borrowed heavily to survive the initial months of complete lockdown. Furthermore, measuring this indebtedness is difficult owing to the informal nature of borrowing. Nevertheless, we find evidence for increased indebtedness after the pandemic from several purposive surveys. This suggests that even as the poorer sections of the population find their employment back and return to monthly income levels similar to their earnings pre-pandemic, these households are likely to bear the burden of long-term indebtedness. The numbers suggest it is vital to remain cognizant of these differential long-term consequences of the pandemic, particularly while designing policies and schemes to assist different segments of the population. The understanding of recovery should be inclusive, and must go beyond headline income and employment statistics. The Union Budget should make provisions for fiscal support to vulnerable households, in the form of adequate allocations for MGNREGS, expanded food support, and introduction of urban employment programmes which continue to be critical for restoring and strengthening aggregate demand of not just a small section but all stakeholders in the economy.

This is the first of a two-part series on the impact of the Covid-19 pandemic on the Indian economy. The second part will look at the impact on the labour market by age group. Mrinalini Jha (mrinalini.jha@apu.edu.in) is a post-doctoral research fellow at the Centre for Sustainable Employment in Azim Premji University

After Maharashtra, Gujarat reports case of XE variant of Covid-19

Budget 2022: Govt pushes for use of biomass in coal-fired thermal...

Explained: How will DU’s CUET affect admissions to St Stephen’s, other...