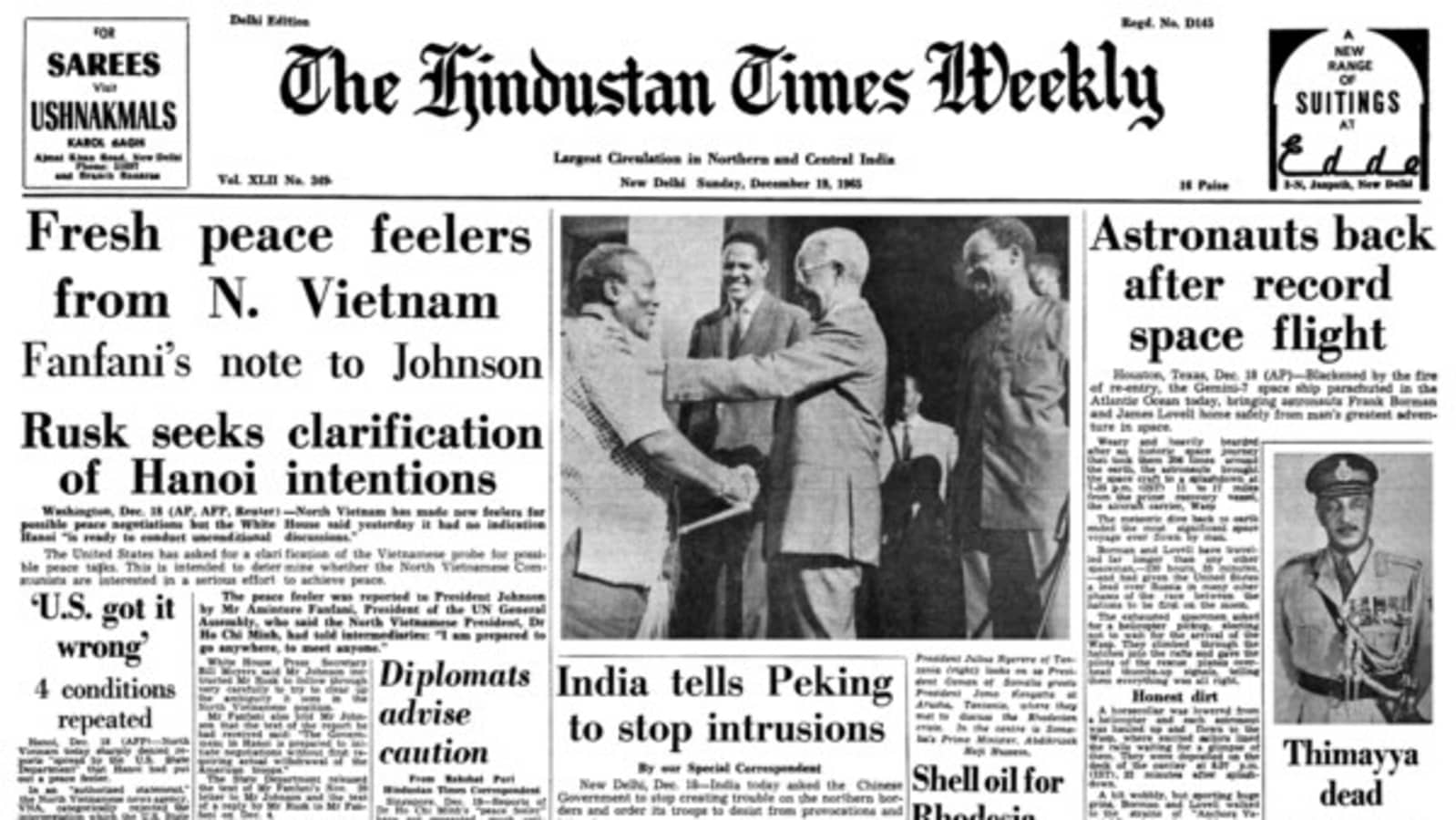 Weary and heavily bearded after an historic space journey that, took them 206 times around the earth, the astronauts brought the space craft to a splashdown at 7-35 p.m. GST) 11 to 17 miles from the prime recovery vessel, the aircraft carrier, Wasp.

The meteoric dive back to earth ended the most significant space voyage ever flown by man.

Borman and Lovell have travelled far longer than any other spaceman,-330 hours, 35 minutes, -and had given the United States a lead over Russia in many other phases of the race between the nations to be first on the moon.

The exhausted spacemen asked for a helicopter pickup, electing not to wait for the arrival of the Wasp. They climbed through the hatches into the rafts and gave the pilots of the rescue planes overhead thumbs-up signals, telling them everything was all right.

A horse-collar was lowered from a helicopter and each astronaut was hauled up and flown to the Wasp, where excited sailors lined the rails waiting for a glimpse of them. They were deposited on the deck of the carrier at 8.07 p.m. (IST), 32 minutes after splashdown.

A bit wobbly, but sporting huge grins Borman and Lovell walked to the strains of “Anchors Vaweigh” and to the wild cheers of the Wasp’s men, to the sick bay for their first check-up.

“Wait until we sleep,” Borman said as he was led to the sick bay. But the plea fell on deaf ears of the doctor waiting to check on the effects of their long stay in the environment of space.

Their second choice was for hot showers.

Sixty miles high over Texas, during the hottest part of the fiery re-entry, the spaceship was enveloped by an electrified curtain and entered a four-minute backout period.

When they came through it, Borman reported he was flying a true course towards the recovery task force of five ships and 21 aircraft.

A navy plane sighted the spacecraft bobbing under its giant parachute, tracked it down to the water, and got first word that the flight had been climaxed with a landing at precisely the planned moment.

UP elections: Modi to launch projects worth over ₹2,000 crore in...

Clarify if government will recognise cryptos or not: Adhir Ranjan tells...