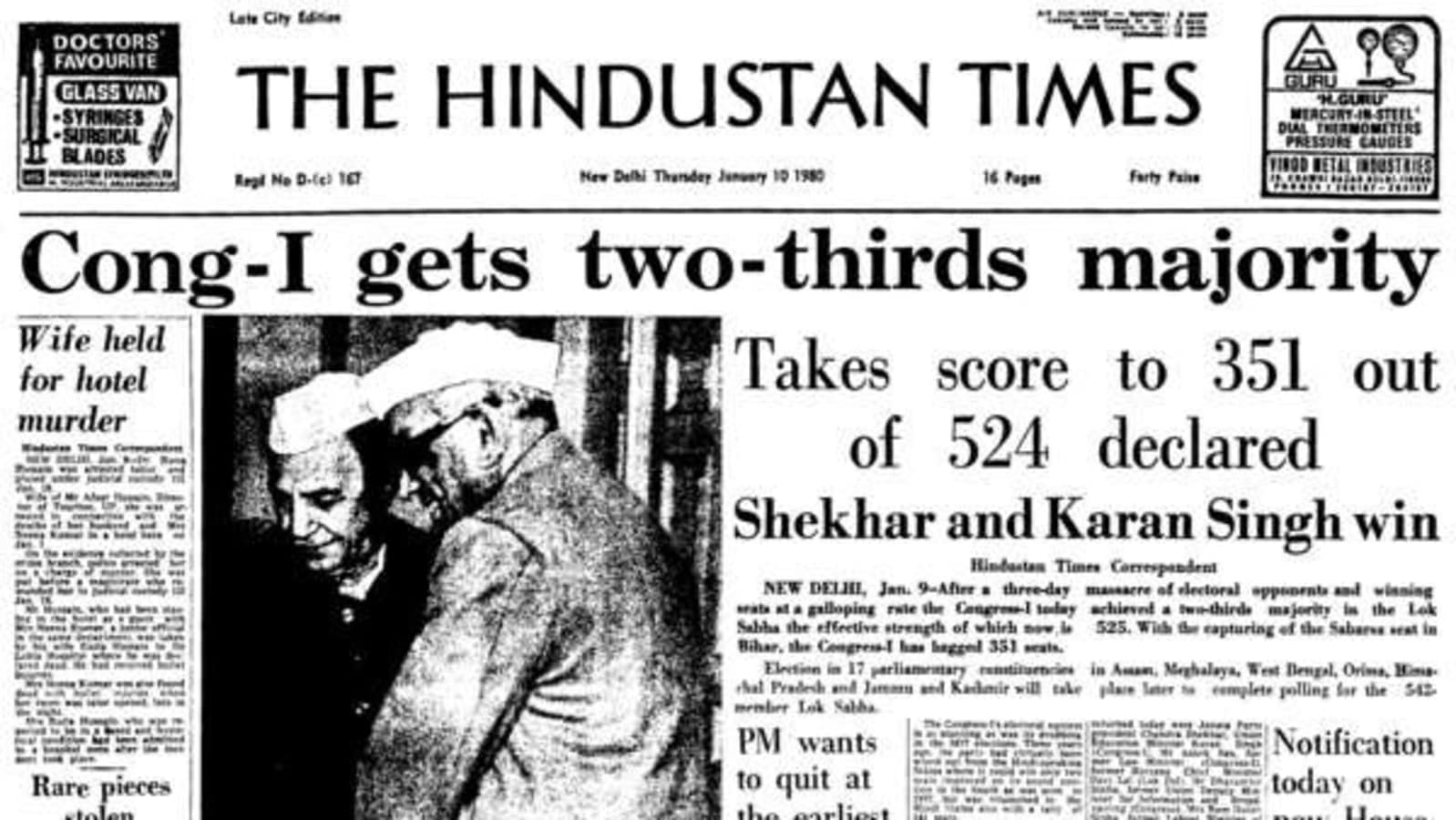 New Delhi- After a three-day massacre of electoral opponents and winning seats at a galloping rate the Congress-I today achieved a two-thirds majority in the Lok Sabha the effective strength of which now.is 525. With the capturing of the Saharsa seat in Bihar, the Congress has bagged 351 seats.

The Congress-I’s electoral success is as stunning as was its drubbing in the 1977 elections. Three years ago, the party had virtually been wiped out from the Hindi-speaking states where it could win only two seats improved on its sound position in the South as was seen in Sin 177, but was triumphed in the Hindi States also with a tally of 141 seats.

If voting analysis on the basis of half the results is any guide the Janata Party and the Lok Dal enabled the Congress-I to romp home by separating themselves from each other. In 1977, the two of them contested as one party and had prevented a split in the anti-Congress vote. The analysis indicates that the Congress-I polled 41.67 per cent of -the votes while the Janata and the Lok Dal together secured 46.64 per cent.

This would seem to be corroborated by the election results from West Bengal. Although the Congress-I candidates polled handsome votes and was a close second to Left Front candidates almost everywhere, it could win only 4 of- the 41 seats. The CPI-M and its allies were able to mop up 37 seats by avoiding a split in the Left vote.

Notable among those who were defeated were: External Affairs minister Shyam Nandan Mishra and Mrs Rashida Haque Choudhury (Congress), Union Minister of State for Education and Social welfare.

On the basis of the results declared so far, it appears that none of the Opposition parties can stake elect claim to the status of a recognised Opposition party.

The Lok Dal has emerged as the largest Opposition party with 41 seats. However, it is 12 short of the requisite number of 53 seats for recognition as the Opposition party in a House of 525.

Interestingly enough the Left Front can possibly summon the requisite strength for recognition as the Opposition group. The left front has won nine seats from Kerala (CPM 6, CPI 2, Kerala Congress-Mani group 1) and 35 from West Bengal (CPI 25, RSP 4. Forward Bloc 3, CPI 3). The Left Front may win three more seats from West Bengal whose results are yet to be announced.

The Left Front total in the House thus comes to 54 seats.

The Speaker is the final authority to decide the status of a recognised opposition party. It is yet ‘ to be seen whether the Front, which has contested the elections in alliance with its partners, will get this status.

‘Shouldn’t have been on bench that heard harassment charge’: Gogoi

Flight carrying 182 Indians from Ukraine, via Romania, lands in Mumbai