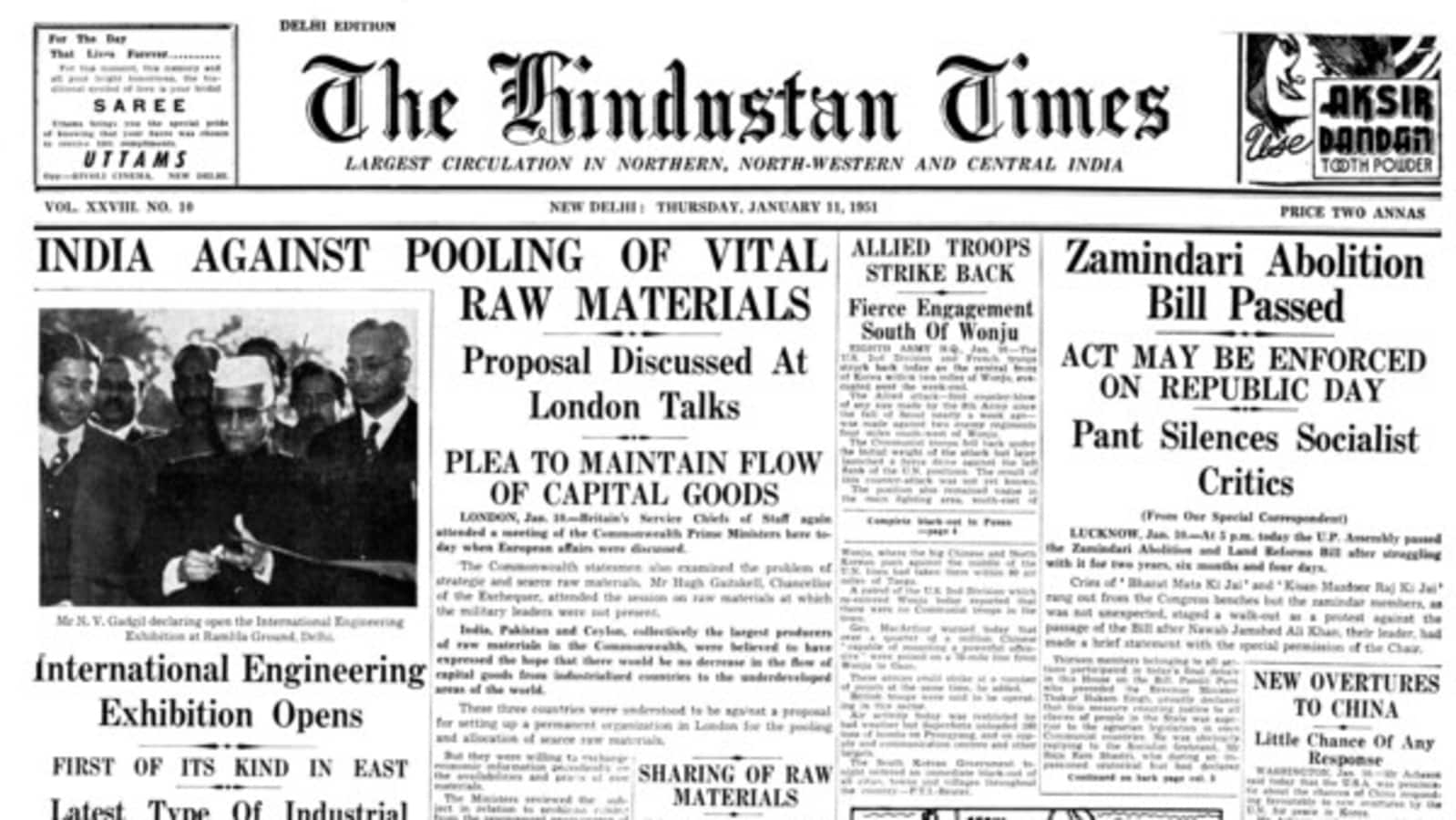 LUCKNOW- At 5 p.m. today the U.P. Assembly passed the Zamindari Abolition and Land Reforms Bill after struggling with it for two years, six months and four days.

Cries of ‘Bharat Mata Ki Jai’ and ‘Kisan Mazdoor Raj Ki Jai’ rang out from the Congress benches but the zamindar members, as was not unexpected, staged a walk-out as a protest against the passage of the Bill after Nawab Jamshed Ali Khan, their leader, had made a brief statement with the special permission of the Chair.

Thirteen members belonging to all sections participated in today’s final debate in this House on the Bill. Pandit Pant, who preceded the Revenue Minister Thakur Hukam Singh, proudly declared that this measure ensuring justice to all classes of people in the State was superior to the agrarian legislation in even Communist countries. He was obviously replying to the Socialist firebrand, Mr Raja Ram Shastri, who during an impassioned oratorical feat had declared that the Bill would not achieve its proclaimed object of zamindari abolition but would only consolidate feudalism and stem the kisan revolution. Mr Shastri had also said that the kisans would soon be disillusioned and would rise and really end zamindari.

Pandit Pant in his speech revealed that compensation to the zamindars might be paid only in the shape of bonds “considering present-day conditions.”

The Bill, it may be mentioned, states that compensation will be paid in cash or bonds or partly in cash and party in bonds as may be prescribed.

Here are the other points which the Chief Minister made: ” The Socialists are against compensation and the collection of 10 times the rent from the kisans for conferring on them bhumidhari rights. When the zamindari abolition resolution was passed by this House on August 8, 1946 nobody voiced against compensation. So compensation has to be given. Who will pay? Not the big zamindars who are losing their land. Not the townfolk who are not in the picture. Only the kisans whose rents will be halved after acquiring bhumidhari rights and who get the rights over the land have to pay. And nowhere has it been stated that the kisans must pay. If they pay their rents will be halved. If they do not they will continue to pay the same rent and will not be evicted from their lands though they will not enjoy the transfer rights. The landless labour will become the common owner of the uncultivated land in the village. I challenge anyone to produce a better Bill conferring better rights on the kisans.

“My sympathies are with the zamindars who will be deprived of their standard of living they had been enjoying. But they should realize that people sacrifice their lives for the nation. For their material losses the Zamindars will gain in spiritual stature.  I appeal to them not to do anything which would leave a bad taste in the mouth. I pray that with the help of all the measure will be successfully enforced soon and the people of the State live a life of affectionate brotherhood and with peace and plenty for all.”

The Revenue Minister who spoke for hardly five minutes (he began his speech at 4-55 p.m. and had to end it at the 5 p.m. deadline) thanked all for their help to him in getting through this gargantuan piece of legislation.

Because he had forgotten to include the Press in the list of officials and non-officials and colleagues who had been with him at the job, he specially called them, regretted the omission and expressed his gratitude to them for all they had done during the past two and a half years.

P.T.I. adds: The Bill will now go for the second time to the Upper House for the consideration of one amendment made in the Assembly. After the Bill is passed by the Upper House on January 15, it will be sent to the President for his assent.

Covid-19: List of states which have rolled out curbs due to...

Explained: Who is Marine Le Pen, the far-right candidate up against...