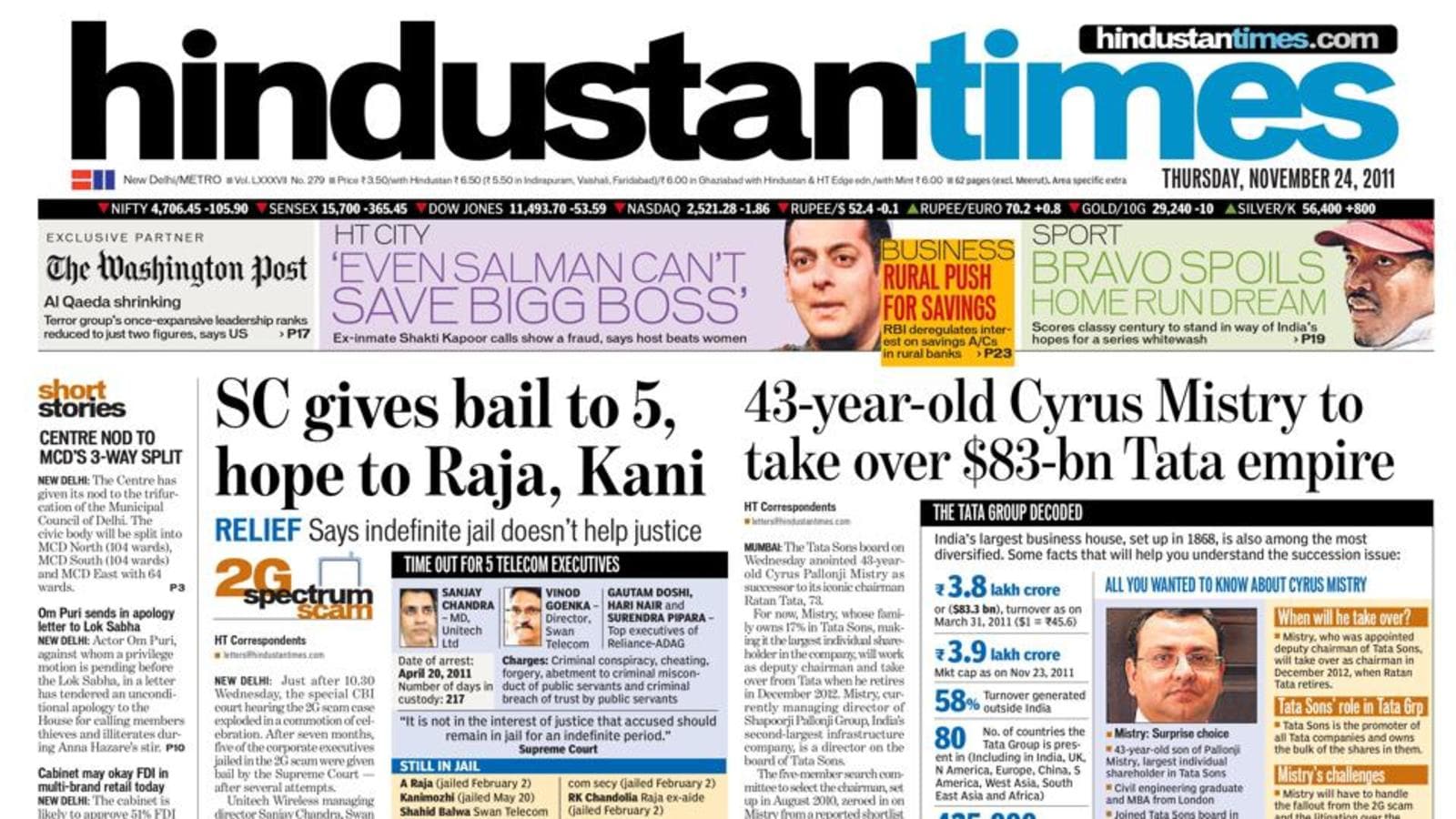 The Tata Sons board on Wednesday anointed 43-year-old Cyrus Pallonji Mistry as successor to its iconic chairman Ratan Tata, 73.

For now, Mistry, whose family owns 17% in Tata Sons, making it the largest individual shareholder in the company, will work as deputy chairman and take over from Tata when he retires in December 2012. Mistry, currently managing director of Shapoorji Pallonji Group, India’s second-largest infrastructure company, is a director on the board of Tata Sons.

The five-member search committee to select the chairman, set up in August 2010, zeroed in on Mistry from a reported shortlist of five. Though no names were ever officially released, media reports had declared Tata’s half-brother Noel, who turned around retailer Trent, as the front-runner. Pepsico CEO Indra Nooyi and Infosys Technology chief mentor NR Narayana Murthy were also mentioned as possible successors to Tata.

Terming the appointment far-sighted, Tata said he will work with Mistry — who will be the second person sans the Tata surname to head the group after Nowroji Saklatwala (1932-38) — over the next one year to provide his successor the necessary exposure and operating experience required for the job.

“He has been on the board of Tata Sons since August 2006 and I have been impressed with the quality and calibre of his participation, his astute observations and his humility. He is intelligent and qualified to take on the responsibility being offered,” Tata, who will remain in charge of the Tata Trusts that own 66% in Tata Sons even after he retires, said in a statement.

“I take this responsibility very seriously and in keeping with the values and ethics of the Tata Group I will undertake to legally dissociate myself from the management of my family businesses to avoid any conflict of interest,” Mistry said in a statement.

The “responsibility” is, indeed, challenging. Over the last decade, Tata has turned the R10,000-crore India focused group he inherited in 1991 into India’s largest multinational.

In 2007, under his leadership, Tata Steel boldly acquired Anglo-Dutch steel maker Corus for $12.3 bn (R50,000 crore then) in a hotly contested takeover to emerge, almost out of nowhere, among the Top 10 steel companies in the world, leaving behind such icons of the industry as Nucor and ThyssenKrupp.

A year later, Tata Motors bought out Jaguar Land Rover from Ford Motor Co. These followed a spate of smaller buyouts in the beverages and hospitality industries that greatly expanded the footprints of the Taj Group of Hotels and Tata Global Beverages (formerly Tata Tea).

Hyderabad FC qualify for maiden ISL semifinals with 2-1 win over...

Ahead of release, Prabhas’ Radhe Shyam run-time cut by 12 minutes

Meteor-like objects which fell in Maharashtra believed to be parts of...

Can you tap into the power of the ‘cosmos’ to improve...