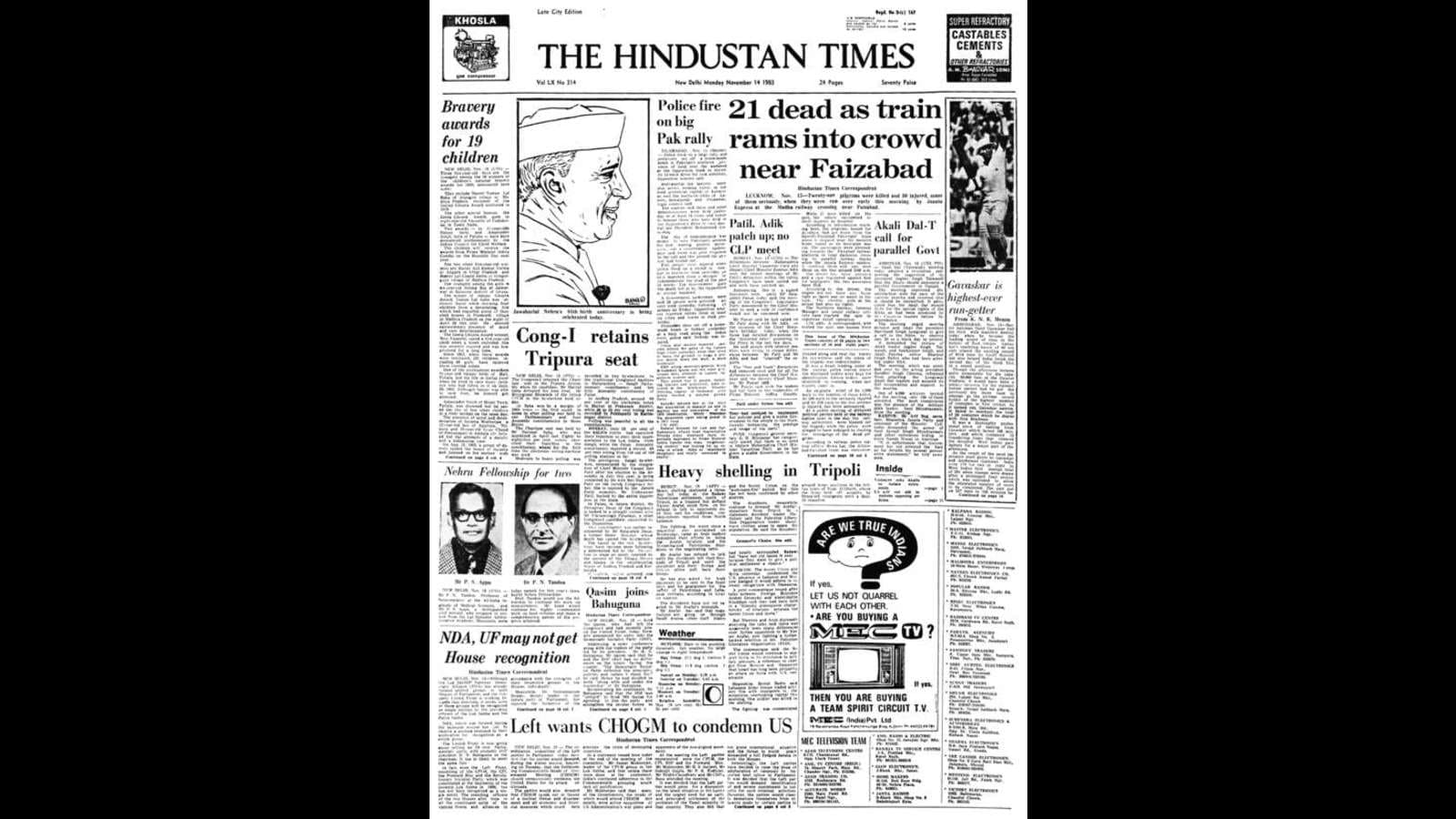 Ahmedabad- Master batsman Sunil Gavaskar had his tryst with manifest destiny today when he became the leading scorer of runs in the history of Test cricket. Gavaskar’s sparkling knock of 90 not only erased the existing record of 8114 runs by Geoff Boycott but also helped India finish the second day of the third Test in a sound position.

Though the afternoon became quite memorable for the capacity 50,000 fans at the Gujarat Stadium, it would have been a unique occasion for the stalwart Indian opener had he got the necessary ten more runs to emerge as the all-time record holder of the highest number of centuries in Test cricket. As it turned out, Gavaskar narrowly failed to overhaul the total of 29 centuries which he shares with Don Bradman.

It was a thoroughly professional piece of batting from Gavaskar which lasted 182 minutes and which contained 13 thundering fours that silenced the dreaded West Indies pace battery for a major part of the afternoon.

As the result of the most impressive start given by Gavaskar and Anshuman Gaekwad, India were 173 for two in reply to West Indies first innings total of 281 when stumps were drawn after a prolonged final session which was extended to allow the stipulated number of overs to be completed. The pair put on 127 runs in 153 minutes before the persevering Michael Holding struck twice and removed both the openers in a spell of 38 balls conceding only 10 runs

Gavaskar’s command performance completely overshadowed yet another valuable knock, this time from West Indies wicketkeeper Jeff Dujon who missed his maiden Test century by just two runs. It was the bearded Dujon who led a resolute rearguard action aided by tailenders Holding and Davis which saw the West Indies reach a respectable total from the overnight score of 209 for eight.

Dujon struck 14 forceful boundaries in a stay of 192 minutes before he committed the only error which resulted in his dismissal. A sudden rush of blood ended his sedate knock when Kapil Dev easily accepted a mistimed drive off left-arm spinner Shastri. Overnight on 44, Dujon was the last man out in the West Indies innings.

At the close, Test debutant Navjot Sidhu, who came in at one drop, and Sandip Patil were together. Both Sidhu and Patil had some luck but they realised the importance of staying there to build up a lead for India and batted on a cautious note. Sidhu showed great sense, keeping his bat and pad together and his head over the line of the ball. In attack, he attempted only those strokes which he knew he could play – through the covers and off his toes.

Sidhu had a narrow escape from the second ball he faced after he had taken a single off Holding. An edged shot off Davis dropped just short of Lioyds grasp at first slip. Patil on five was let off by Haynes at short leg off Marshall. Patil seemed to loose his patience at one stage before he checked himself and saw the day through.

On a day when the spotlight was once Main on Gavaskar, the opener decided to play some exciting shots and at times verged on cheekiness. Yet he flicked and drove the West Indies pace quartet with admirable ease as the catalogue of boundaries speak for themselves. He struck the first two balls from Marshall who commenced the attack to extra-cover and midwicket boundaries. That set the pattern for the rest of his innings. When on 54, Gavaskar completed one thousand runs in a calendar year for the fourth time. Later when he took a single off Holding to reach 83 he bettered Boycott s existing mark of aggregate runs. This was his 96th Test and 168th innings.