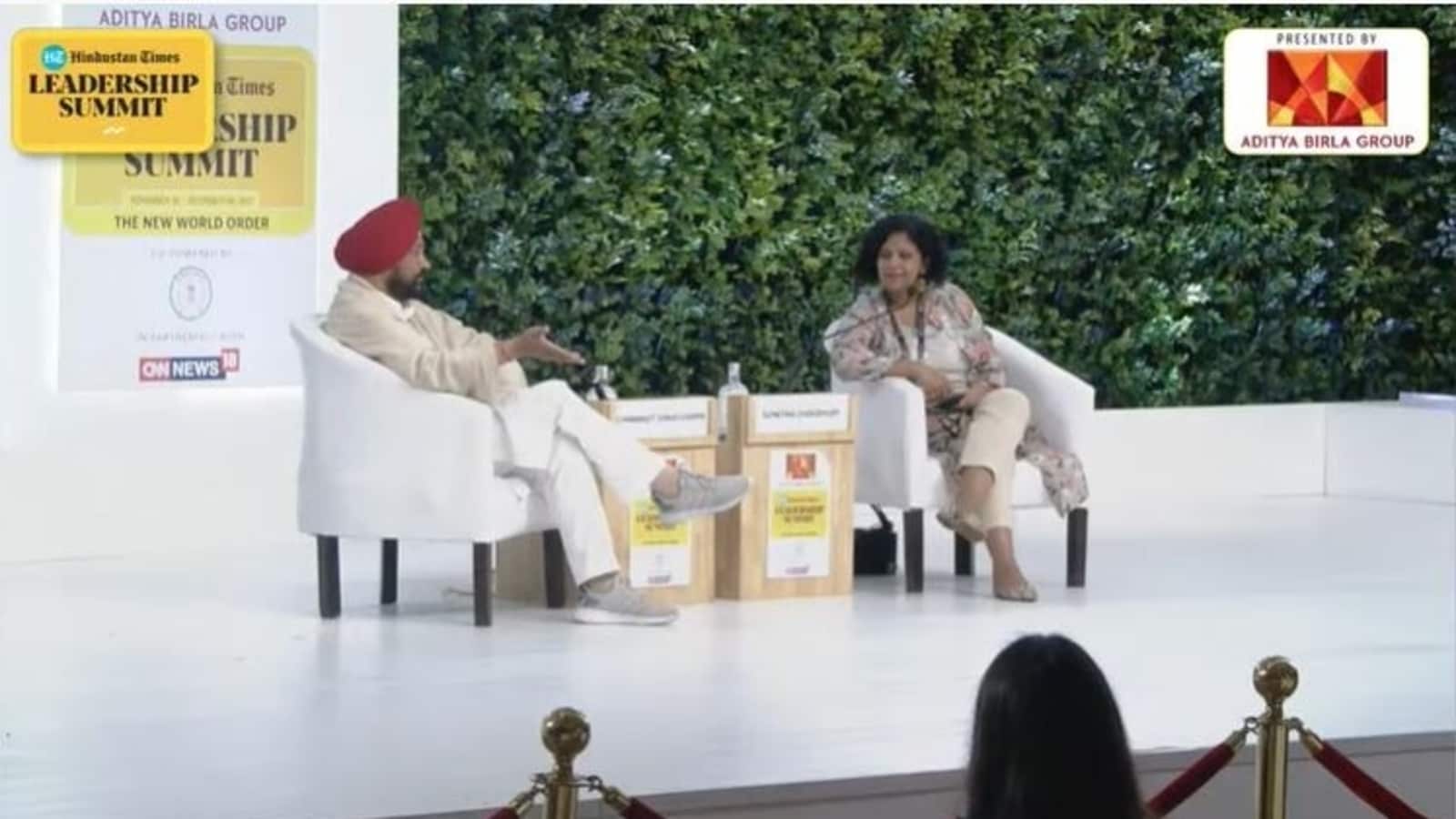 Punjab chief minister Charanjit Singh Channi on Saturday said he never hankered after the chief minister’s post. He is from a modest family and he has no family background in politics, he said at a session of the Hindustan Times Leadership Summit 2021. Recounting his initial days in politics, Channi said the Congress did not give him tickets for years, following which he became an independent candidate and then he became the leader of opposition in the Punjab Assembly. “There has been a sequence,” the Punjab CM said.

Talking about his modest background and how his lifestyle has not changed even after becoming the chief minister, Channi said he is still staying at the house and has not taken the CM’s house. “There is no point in going to a new house for three months,” Channi said.

On being asked whether he still sleeps in his car because of his busy schedule, Channi said, “The government has given such beautiful cars.”

This is a new era, Congress also adapting: Charanjit Singh Channi at HTLS

The announcement of his name as the chief minister replacing Amarinder Singh was surprising to Channi as well, he said. When Rahul Gandhi called him to convey the decision that he will be the next chief minister, Charanjit Singh Channi told him he never hankered after the CM post. “I told him to make someone else. I am with the party. I will be working. Somebody else is upset. I don’t want the post. I cried. Don’t know whether it was tears of happiness,” Channi said.

“What did Amarinder Singh not get from the party? He has been MLA, MP, chief minister. His family members have got plum positions. Now, he is not being able to deliver. What could the party have done? Either his office will be closed or the party will have to shut its shop,” Channi said.

On Union home minister Amit Shah saying BJP is talking with Amarinder Singh for an alliance for the assembly election, Channi said, “Such talks have been going on for long, from long before.”

Netflix suspends all services in Russia in light of Ukraine conflict

Man kills wife and 2 children, dies by suicide in Chennai:...