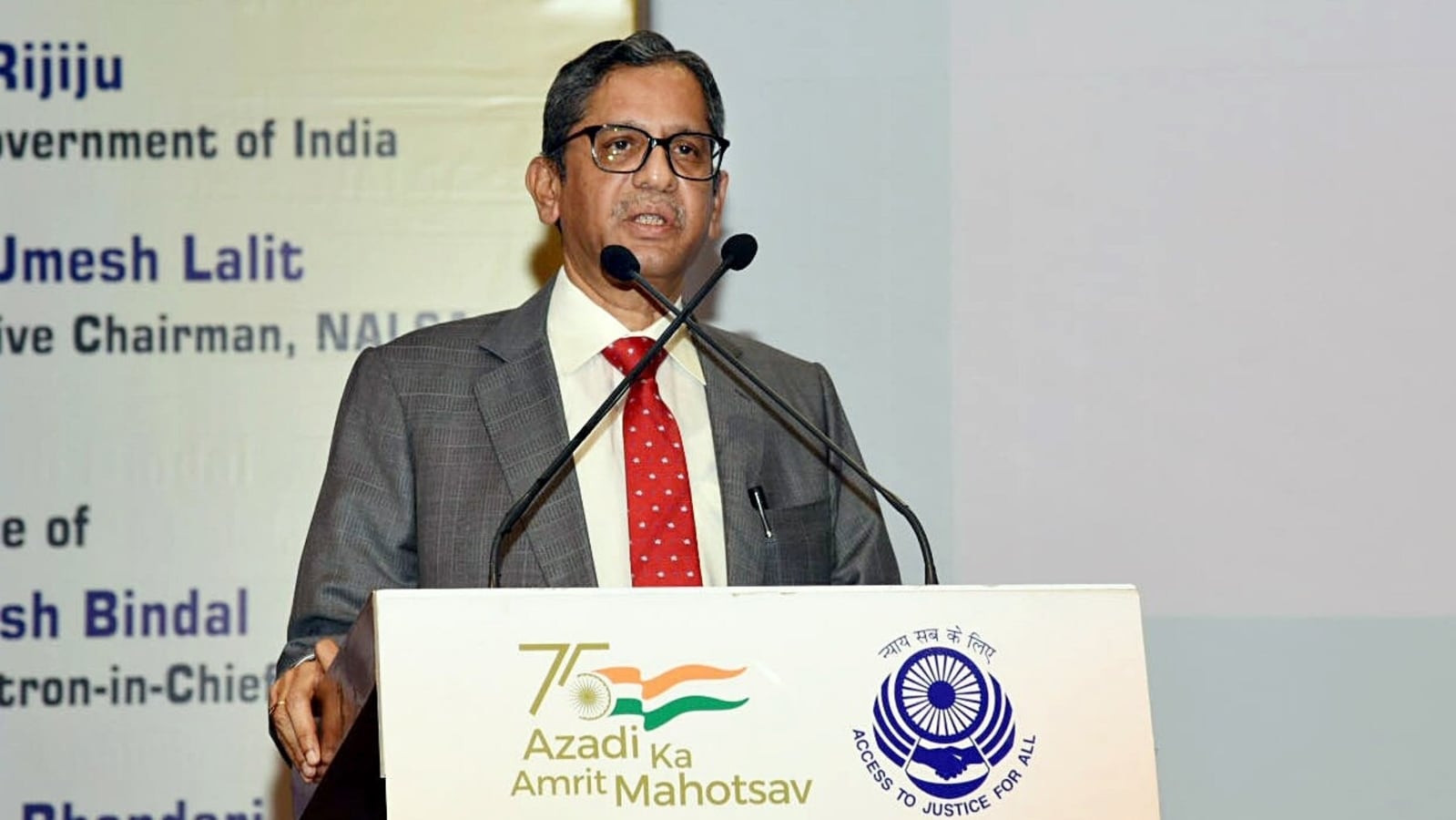 Solicitor general Tushar Mehta said he himself learnt English in Class 8 and studied in Gujarati medium till graduation.

During the hearing of Delhi pollution matter in the Supreme Court on Saturday, some confusion was created between Chief Justice NV Ramana and Solicitor General Tushar Mehta and as they figured out that it might be the language which created the confusion, both of them disclosed that they started studying English only in Class 8, Livelaw reported.

The exchange of these remarks took place as Tushar Mehta sought to apologise for a misunderstanding created by a submission about stubble burning. “Sometimes language in which our response as lawyers is given might create a wrong message, that wasn’t the intention,” Mehta said.

In reply, the CJI said he considers this as his drawback that he is not a “very sophisticated speaker”. “Unfortunately I am not a very sophisticated speaker Mr Mehta, that is my drawback. I learnt this English in class 8th”, the CJI said. The solicitor general said he himself learnt English in Class 8 and studied in Gujarati medium till graduation.

The CJI, according to the report, replied that his schooling was in Telugu medium and he only studied law in English medium. “I never knew the similarities between me and CJI. I am really proud of it,” Mehta said to Livelaw later.

The Supreme Court on Saturday expressed grave concern over the Delhi pollution situation. As the solicitor general referred to the stubble burning issue, the CJI said, “You are projecting as if farmers are responsibile..what about the Delhi people? What about the steps to regulate firecrackers, vehicular emissions?” he said.

The SG said he did not want to suggest that farmers are responsible for the pollution. “Please don’t take it that government, state or Centre is putting this on farmers. There’s not a remote intention of suggesting that,” he said adding that he was only taking the bench through the issues one by one and other issues will be highlighted.

Skeletons found in Punjab those of Indian soldiers killed in 1857...

Police in UP, Mumbai use ‘Stranger Things’ references to spread important...

Madhya Pradesh tribal man killed, 3 others hurt in firing by...

‘We will overcome’: Sonia Gandhi at Congress Chintan Shivir | Top...