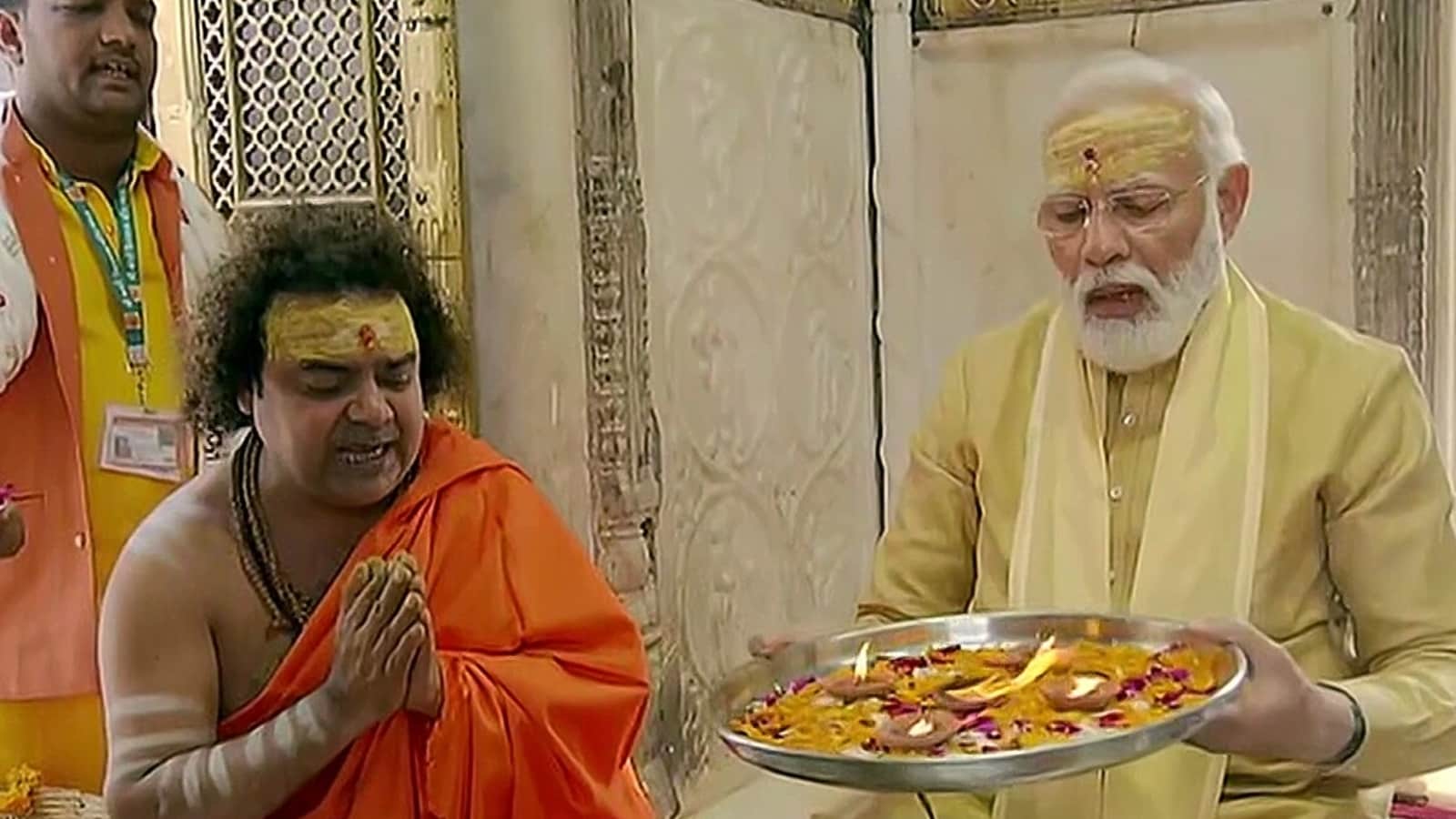 Prime Minister Narendra Modi said the Kashi Vishwanath temple was a testament to the country’s culture and ancient history as he inaugurated the first phase of a corridor dedicated to the temple in Varanasi on Monday.

Addressing a gathering after the inaugural, Modi said the inauguration of Kashi Vishwanath Dham will give a decisive direction to India and herald a bright future. “Kashi reflects the entire India,” he said.

He also expressed his gratitude towards labourers who worked for the construction of the grand complex. “Even during Covid-19, the work did not stop here.”

The temple that was only around 3000 square feet is now spread over five lakh square feet. “Now, 50,000 to 75,000 devotees can come visit the temple and its premises,” he added.

Modi, who is in his Lok Sabha constituency on a two-day visit, said, “Tyrants tried to destroy Varanasi but it remained as sultanates rose and fell. “In our country if Aurangzeb came, then Shivaji also rose.”

“If any Salar Masood moves here, then brave warriors like King Suheldev make him feel the power of our unity,” he said.

“One will feel proud coming here — this is a confluence of ancient and new. New history is being created. We are fortunate to have witnessed it”

“The new India is proud of its culture and also has confidence on its ability…there is ‘Virasat’ and ‘Vikas’ in the new India,” he added.

Further, he urged people to make a commitment towards ‘swachhta’, ‘srijan’ (cleanliness, creation and innovation) and and continuous efforts to create a ‘aatmanirbhar’ (self-reliant) India. “Even a small contribution will make a big change, so don’t forget three resolutions,” he added.

Evening brief: Ashram underpass in Delhi to be opened on Sunday,...

Home quarantine mandatory for all international arrivals in India from today