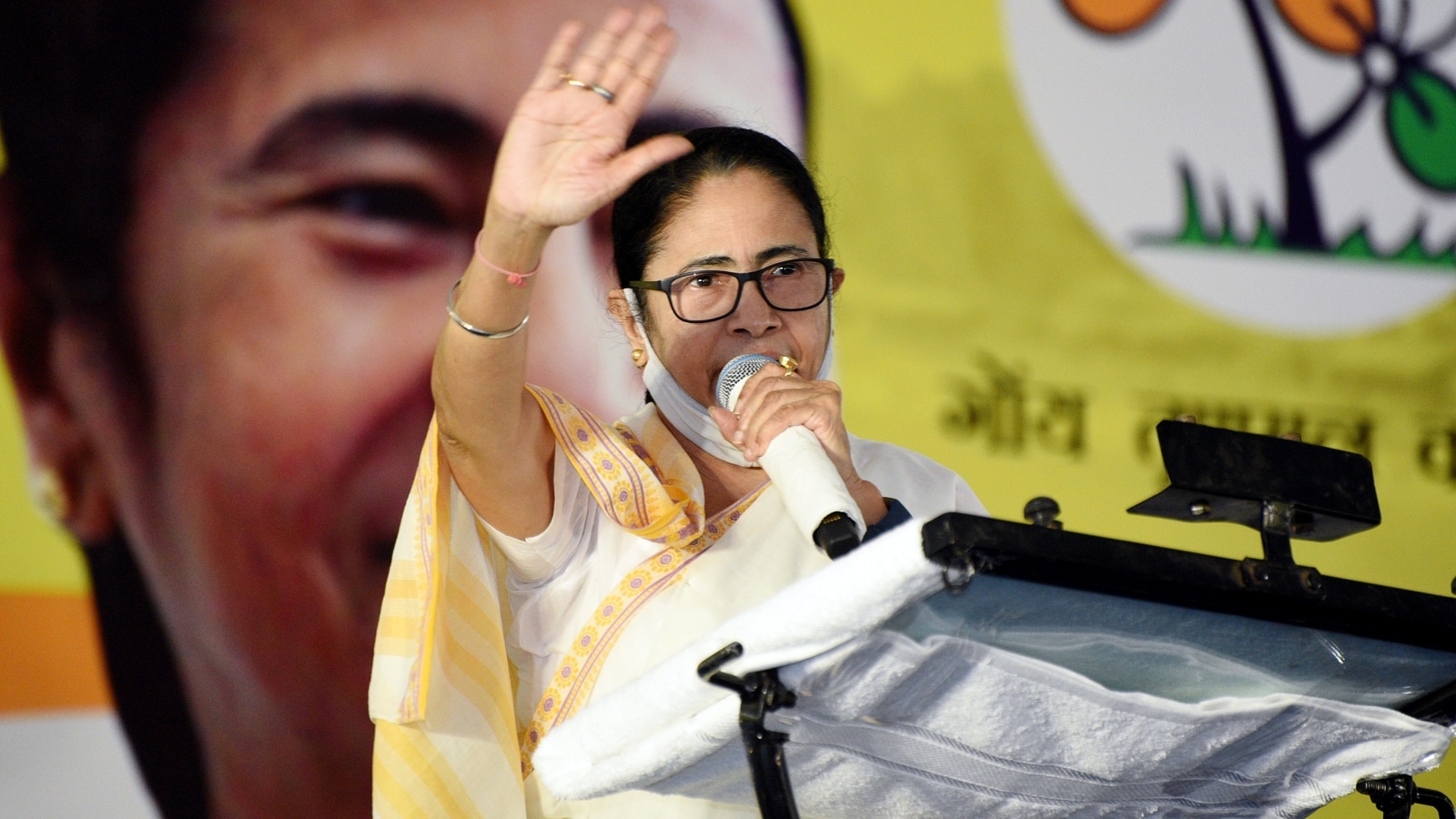 Trinamool Congress (TMC) supremo Mamata Banerjee on Tuesday said that she does not need a “character certificate” from the Bharatiya Janata Party (BJP). The West Bengal chief minister made the remarks while addressing a gathering in Goa where she is on a two-day visit ahead of the assembly polls in 2022.

Maintaining her attack on the BJP, Banerjee said that she wants the party to “end in Goa” and also stressed on everyone coming together to defeat the ruling dispensation in the western state.

“I didn’t come to counter you, I don’t want outsiders to control Goa…I also belong to a Brahmin family, I am a Brahmin. I don’t need to take a character certificate from [the] BJP,” Banerjee was quoted as saying by news agency ANI.

She also took to her Twitter account and posted a small video in which she was seen chanting Hindu hymns. “I pray to God for my dear Goans and for the people of our beautiful country…Come, let us unitedly fight all divisive forces and usher in a New Dawn for Goa!” Banerjee tweeted along with the video.

I pray to God for my dear Goans and for the people of our beautiful country.

May God bless everyone abundantly. May God fill your lives with happiness and prosperity.

Come, let us unitedly fight all divisive forces and usher in a New Dawn for Goa! pic.twitter.com/2GYk0NG7Pu

The TMC chief, who has been on a political high since registering a thumping victory in the West Bengal Assembly elections earlier this year, has been consistently aiming to bring the opposition together to defeat the BJP ahead of the Lok Sabha elections in 2024. However, Banerjee has also been at loggerheads with the Congress, even claiming recently that there is “no UPA (United Progressive Alliance-led by Congress).”

Meanwhile, Shiv Sena leader Sanjay Raut, said that there cannot be “an opposition front” without the Congress. Shiv Sena is part of the ruling Maha Vikas Aghadi (MVA) government in Maharashtra along with the Congress and the Nationalist Congress Party (NCP).

On Monday, Banerjee took a veiled attack on Congress, saying that just because the party is not doing anything to defeat the BJP, it’s not right to think that no one else will too. “If anyone wants to defeat the BJP, then it’s up to them to support us,” the Bengal chief minister added, while addressing a rally in Benaulim.

Banerjee is on a second visit to Goa after her maiden trip in October. The previous time she was in the coastal state, the TMC supremo slammed the BJP for what she called the “poison of communalism”. She added that wherever the BJP is in power, be it in Tripura or Assam, they are not allowing “people to go out…be in a peaceful manner.”

The Goa assembly polls are likely to be held early next year. Apart from TMC, Arvind Kejriwal-led Aam Aadmi Party has also announced that it will contest the elections.

Who was Yusuf Lakdawala whose links are being foisted by both...

‘Violence will not achieve the change’: Mahela Jayawardene appeals for peace...

‘People have lost their mind’: Binance CEO on NFT craze