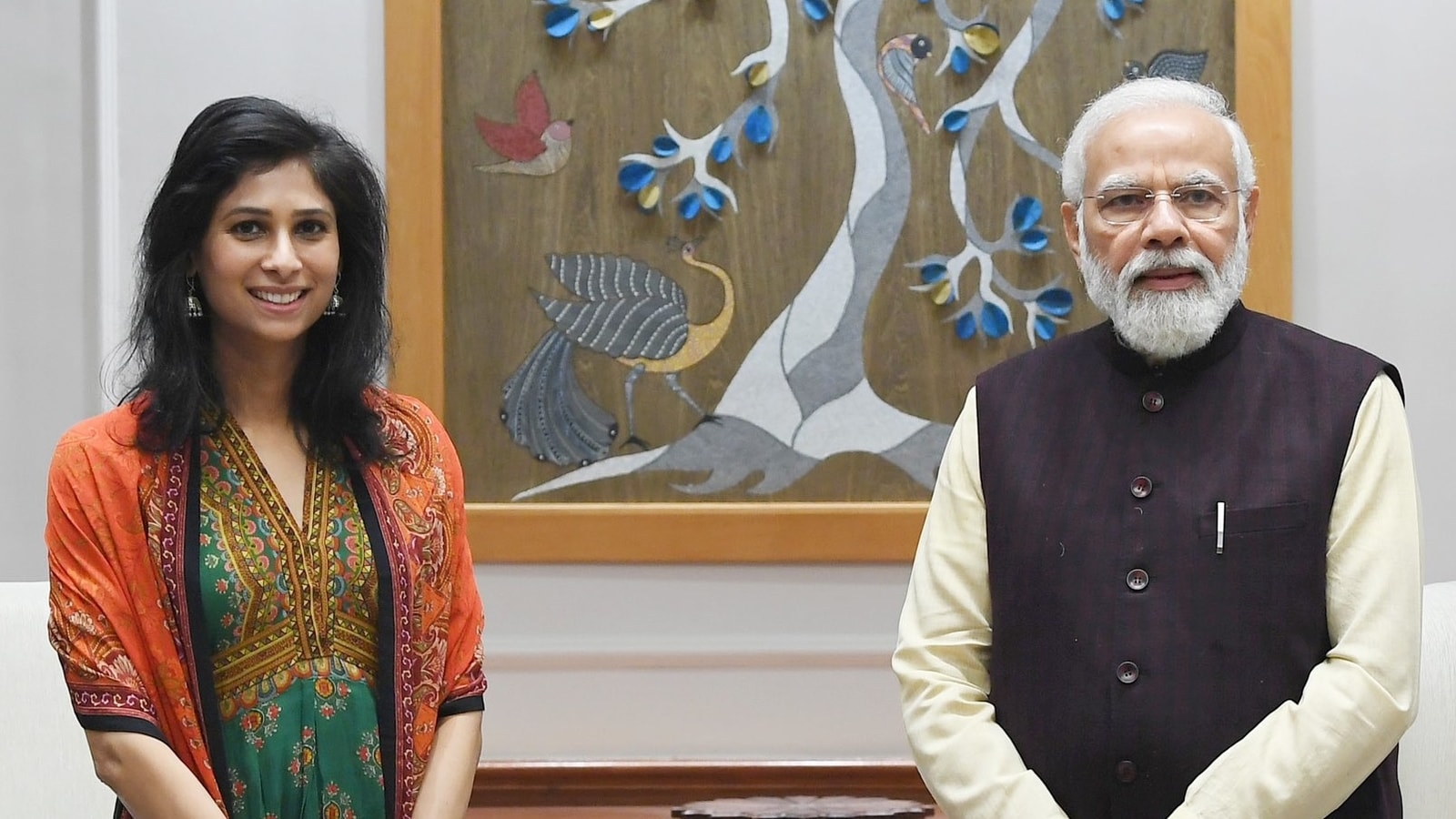 The Indian-American Gopinath was recently promoted as the IMF’s first deputy managing director.

“Chief Economist of the IMF, @GitaGopinath called on PM @narendramodi,” the PMO tweeted along with the images.

The Indian-American Gopinath was recently promoted as the IMF’s first deputy managing director in recognition of her exceptional intellectual leadership in helping the global economy and the global funding body to navigate the “twists and turns” of the “worst economic crisis of our lives”.

Gopinath would be replacing Geoffrey Okamoto who plans to leave the IMF early next year.

Gopinath, who was scheduled to return to her academic position at Harvard University in January 2022, has decided to stay.

Gopinath, 49, is the first woman to serve as chief economist of the Washington-based global lender for three years.

‘The art community is presently focussed on revisiting artists whose histories...

Close to 16k Indians brought back from Ukraine under special ops:...

No single service can win war on its own, says Indian...