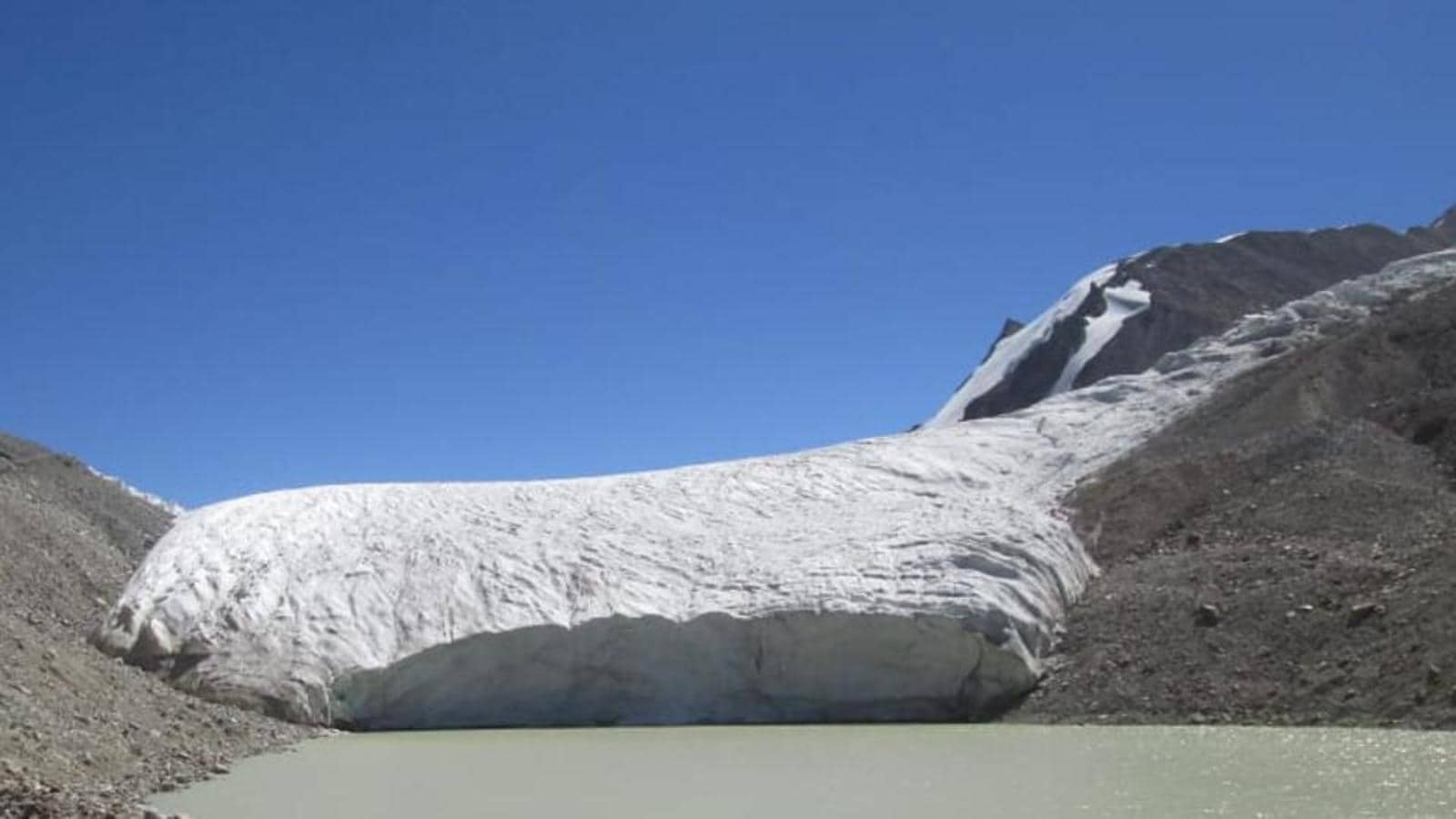 DEHRADUN: A 5-km long unnamed glacier in one of the less explored regions in the upper Kali Ganga valley in Uttarakhand’s Pithoragarh abruptly changed its course and merged with an adjacent glacier named Sumzurkchanki in Kuthi Yankti valley, according to a study by scientists at the Wadia Institute of Himalayan Geology.

This is the first time that such a change of course has been reported from a Himalayan glacier, said Manish Mehta, a scientist at the institute. The 2-km change in course by the glacier spread across 4km has been attributed to the accumulated influence of both climate and tectonics sometime between the Last Glacial Maxima (19-24,000 years ago) and Holocene (10,000 years ago).

A department of science and technology note on the study’s findings on its website said the abnormal behaviour of the unnamed glacier suggests that not only is climate a controlling factor, but tectonics also plays an important role in glacial catchments. “It clearly suggests that the Himalaya is an active mountain range and highly fragile where tectonics and climate play a critical role,” the note said.

Mehta, who co-authored a paper in Geosciences Journal on the findings with Rahul Devrani, Khayingshing Luirei, and Vinit Kumar, said sometime between 25000 to 10,000 years ago, the unnamed glacier couldn’t overcome the rocky debris that got collected at its snout. “So when this impediment in the form of rock debris collection stopped the advance of this glacier, it started advancing by taking another direction, offtrack its original path in the valley”, he said

He said the unnamed glacier has been affected by the active fault and climate change. “Our studies found that tectonic activity and change in climatic conditions have changed the course and morphology of this glacier. We found that northeast moving glacier has been abruptly truncated and forced to move towards the southeast and ultimately merge with the adjacent glacier named Sumzurkchanki as a result of tectonic forcing”, added Mehta, who led the study based on satellite imagery and old maps.

“It is one of the unique behaviours of the glacier, which is for the first time reported from the Himalayan glacier as no such observation has so far been reported on this type of glacier kinematics”.

Kuthi Yankti is one of the major tributaries of the Kali Ganga river and has around 88 glaciers covering an area of 130 sq km in its valley. “The unnamed glacier is located in this valley… north of the Sumzurkchanki glacier. The glacier movement is affected by climatic conditions and studies suggest that the region has freeze and thaw cycles that severely affect the weathering of the rock mass and increase in fracture spacing”, he said

Mehta said a cross-section and geological map of the valley shows that the glacier is bounded by two active thrusts and traversed by three active faults. “These active thrusts and faults have changed the landscape and have made the whole region more fragile and vulnerable to various surface processes. The rerouting of the secondary glacier is not merely because of surface processes but is due to an active fault that got reactivated in the recent past”, he said.

In all, Uttarakhand has around 1,000 to 1,400 glaciers, which can lead to lake outbursts, or lake formation due to the rockfall or landslides in the valleys or on slopes.

According to experts, only around 10 or so glaciers are being monitored. The ones that are being studied include the Gangotri glacier, Chorabari glacier, Dunagiri glacier, Dokriyani glacier and Pindari glaciers.

Glaciers can lead to devastating flash floods downstream sine they can hold a large quantum of water in their crevices and cavities, and also due to blockage by debris or moraine formation at their snouts. On February 7 this year, breakage of a glacier in Chamoli district led to a flash flood and wreaked havoc downstream, killing 204 people.

Open to alliance with TDP for 2024 Andhra polls, says Jana...

2002 RSS resolution haunts BJP, as eyeing its base IkkJutt seeks...