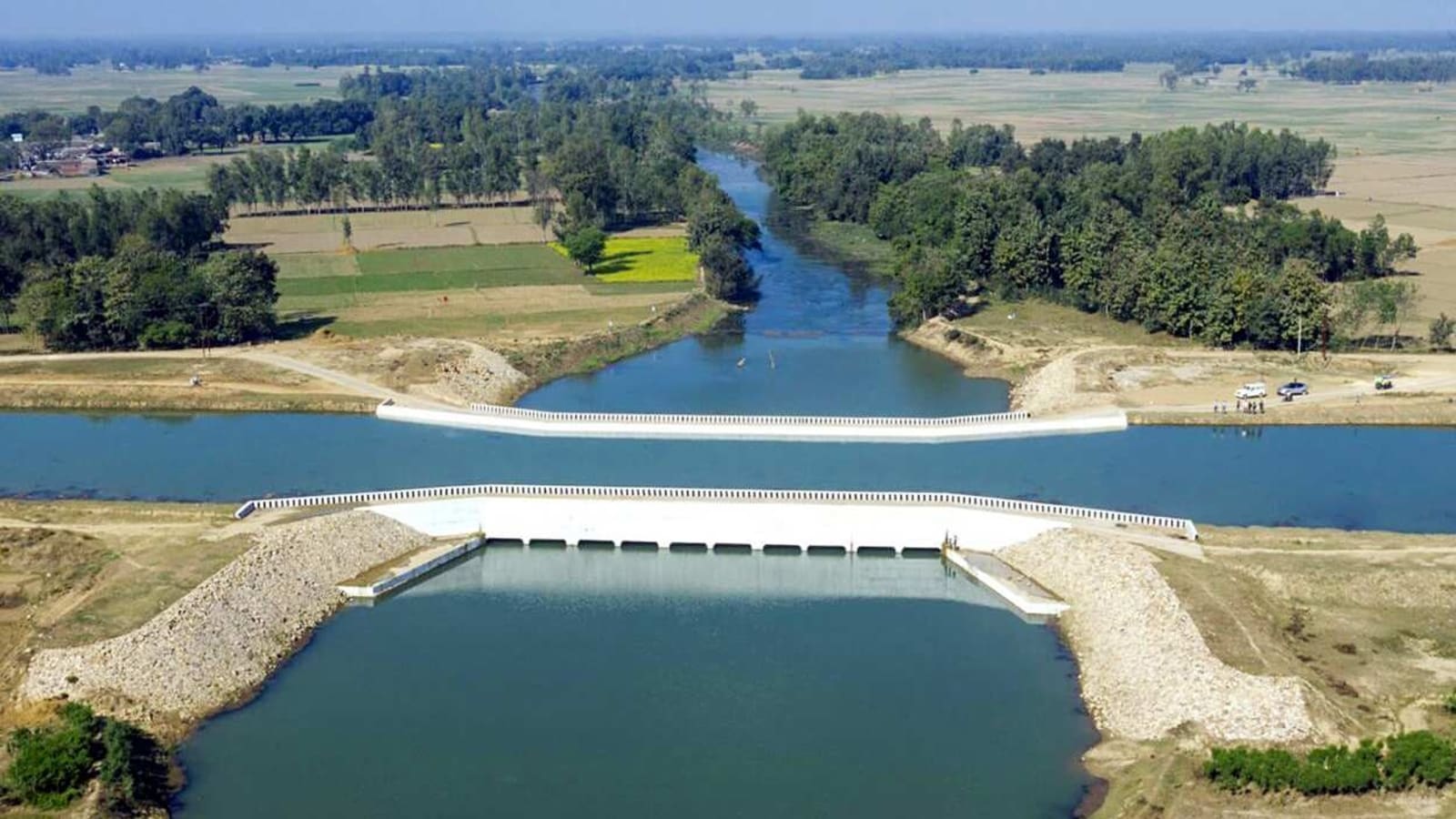 Prime Minister Narendra Modi on Saturday inaugurated the ₹9,800-crore Saryu Nahar National Project at Balrampur in Uttar Pradesh. The canal system is expected to now benefit the lives of lakhs of farmers in the eastern part of the state who had been dealing with water shortage and irrigation issues, especially since the project had been stuck in the government pipeline for nearly four decades before the Narendra Modi government took active steps to fast-track its completion.

The Prime Minister arrived in Balrampur at around 1pm on Saturday and took the stage alongside Uttar Pradesh chief minister Yogi Adityanath, Union Jal Shakti minister Gajendra Singh Shekhawat, and other senior officials and politicians. In photos shared by the ANI news agency, Modi could be seen reviewing the project’s model ahead of the inauguration.

Welcoming the Prime Minister, Jal Shakti minister Gajendra Singh Shekhawat highlighted that the 6,623-kilometer-long canal system will provide assured water for irrigation of over 14 lakh hectares of land to the benefit of about 29 lakh farmers of nine districts in the region – Bahraich, Shravasti, Gonda, Balrampur, Siddharthnagar, Basti, Sant Kabir Nagar, Gorakhpur, and Maharajganj.

UP chief minister Yogi Adityanath commended the Prime Minister for clearing the project that was stuck in the pipeline for nearly four decades. “This project was sanctioned, the same year I was born,” the chief minister said. ”

• The project involves the interlinking of five rivers—Ghaghara, Saryu, Rapti, Banganga, and Rohini—to ensure optimum usage of water resources of the region. The sub canals with a length of 6,600km have been linked to the 318km main canal.

• The project will help irrigate over 14 lakh hectares of land and benefit about 29 lakh farmers of more than 6,200 villages.

• The canal system is also expected to protect the districts of eastern UP from recurrent floods.

The Saryu Nahar National Project began in 1978, but the work was eventually delayed due to a lack of continuity of budgetary support, interdepartmental coordination, and adequate monitoring. Two years after Prime Minister Modi came to power at the Centre, the project was brought under the Pradhan Mantri Krishi Sinchayee Yojana in 2016 with the target to complete it in a time-bound manner. According to the Prime Minister, the project which remained incomplete for four decades was then finished in only four years.

Liverpool beat Villa 2-1, level on points with City in EPL