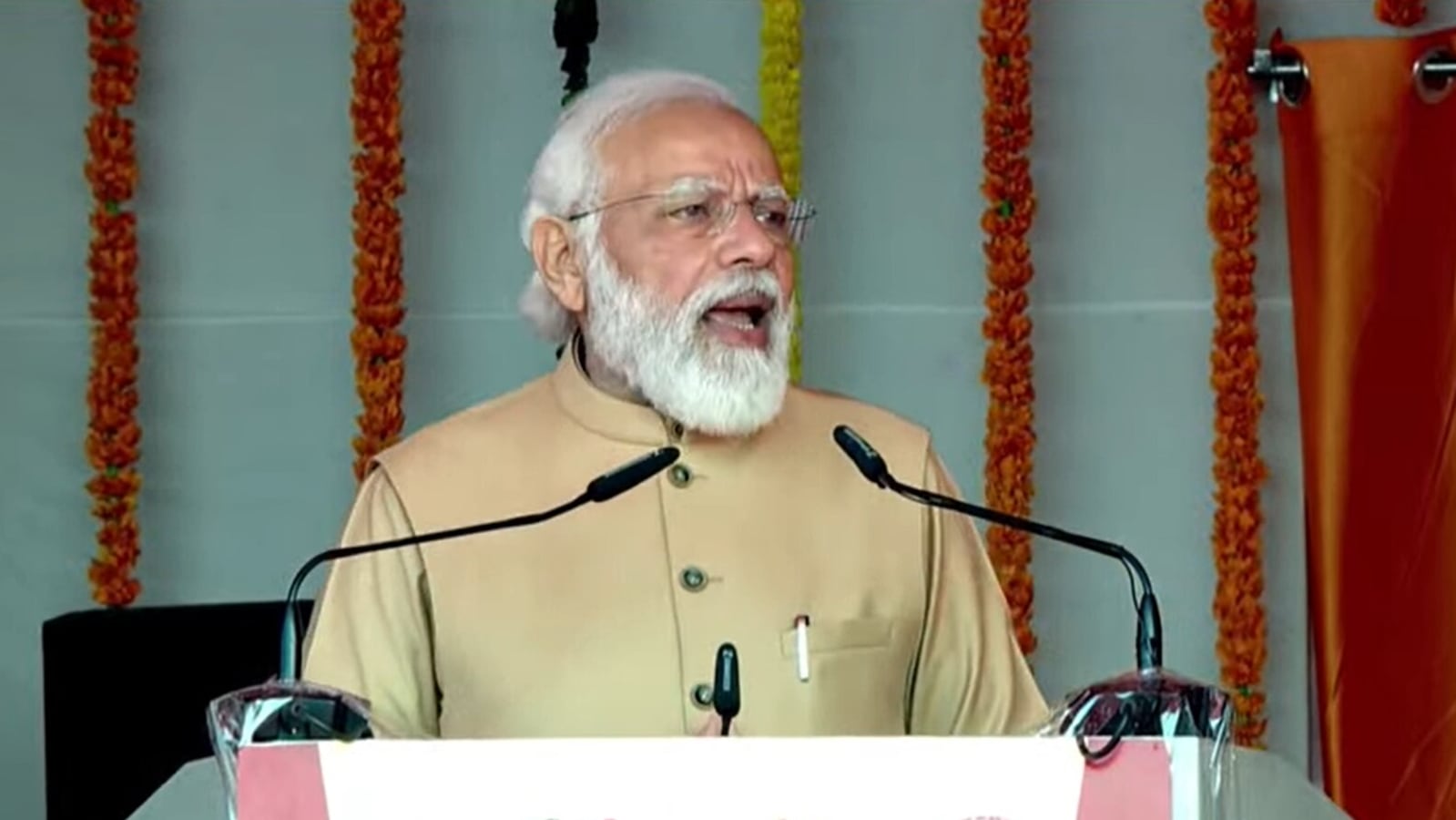 Prime Minister Narendra Modi on Tuesday launched women-centric initiatives in the Prayagraj district of Uttar Pradesh as he transferred ₹1000 crore in bank accounts of various Self Help Groups (SHGs). He also transferred money to over one lakh beneficiaries of the Mukhya Mantri Kanya Sumangala Scheme, which provides assistance to the girl child.

In his opening remarks at the event, PM Modi said Prayagraj has been the land of the confluence of Mother Ganga-Yamuna-Saraswati for thousands of years and today, the pilgrimage city is witnessing a “wonderful confluence of women power”.

The prime minister said the direct transfer of money is benefitting the people courtesy of the Bank Sakhis. He stressed the entire country is watching the work done for the empowerment of women in Uttar Pradesh.

“Most of the beneficiaries are those girls who didn’t even have accounts until some time ago. But today they have the power of digital banking…Now daughters of UP have decided that they won’t let the previous governments come back to power,” PM told the gathering.

Speaking about the patriarchy, PM Modi said for decades, land and property were kept in the name of male members of the family but the Bharatiya Janata Party government is now “removing the anomaly.”

“The homes being given under PM Awas Yojna, are being constructed after women’s name. In UP, 30 lakh homes have been given and 25 lakh out of them are in the name of women,” he added.

Amid the Centre’s attempt to bring in legislation to raise the minimum age of marriage for women to 21, PM Modi said daughters also want to pursue higher studies to move forward and get equal opportunities.

“Therefore, efforts are being made to increase the age of marriage for daughters to 21 years. The country is taking this decision for daughters,” he said.

India evacuates more than 100 people from Afghanistan; brings back ancient...