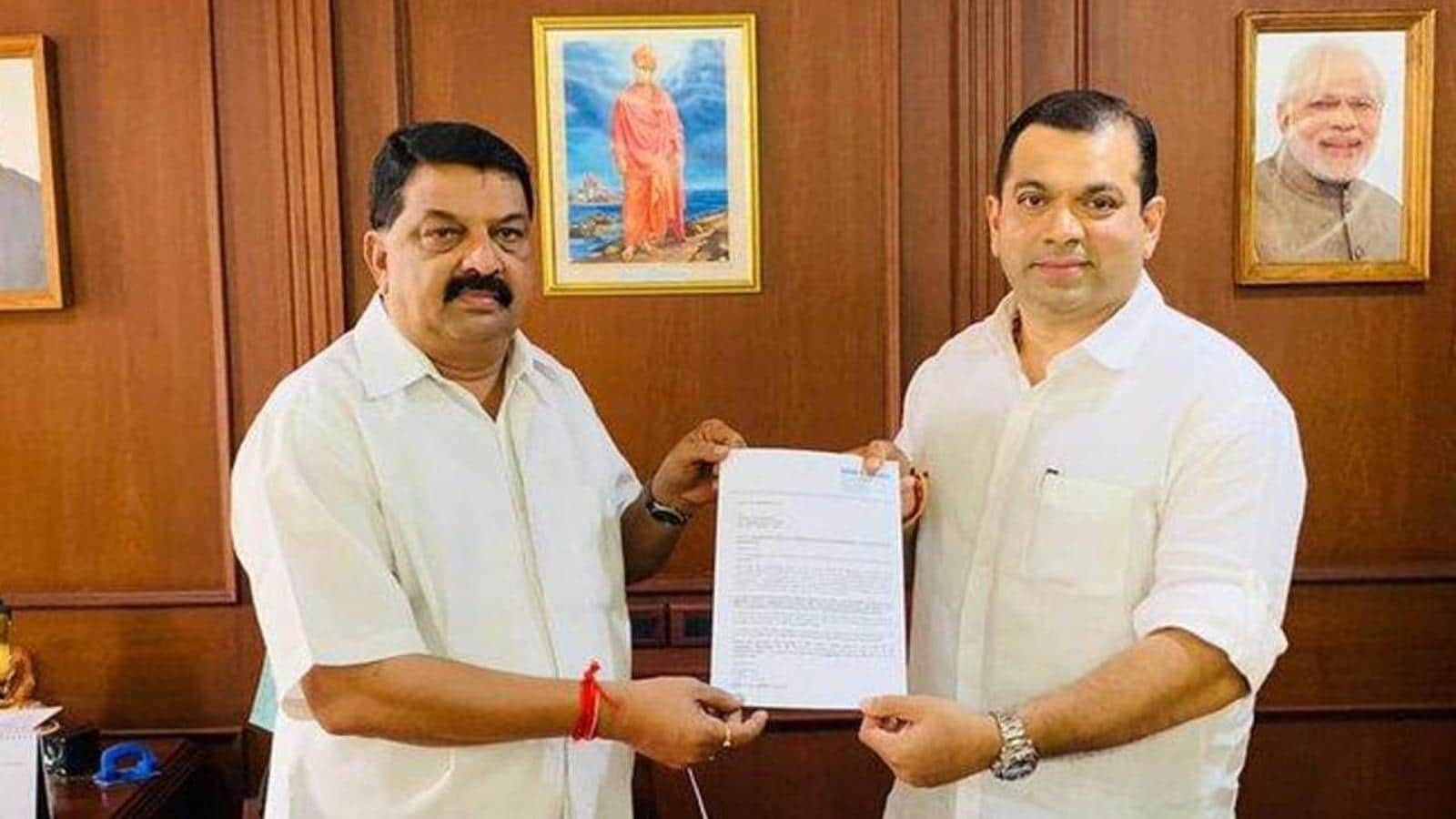 Independent legislator Rohan Khaunte on Friday joined the Bharatiya Janata Party amid much fanfare promising to take forward his vision for Goa but this time round by aligning with a political party.

Khaunte, a two-time independent legislator, had pledged support to the Manohar Parrikar led BJP government that was formed after the 2017 assembly polls and was made a minister. However, he was dropped soon after Pramod Sawant took charge. As a consequence, Khaunte turned into one of the most vocal and often acerbic critic of the Sawant-led government personally targeting the chief minister and taunting him with nicknames like ‘Pappu’ or even accusing his government of being a “Sawantwadi Sarkar” a dig at Sawant’s ancestral roots in a town in Maharashtra.

“There are differences but these are differences about the issues afflicting the state and about how to take the state forward. It is never about personal enmity?” Khaunte told the gathering who had come to witness his induction.

Khaunte’s induction has caused dissension within the BJP as the local unit of the party has vowed to work against him while questioning the party’s decision to induct someone who has been deeply against the BJP.

“You should ask me about what I am going to do and not what I have done,” was Khaunte’s retort when pressed to explain his sudden change of heart and decision of joining the BJP.

The BJP, on the other hand has also lost an MLA to the AAP with Cortalim MLA Alina Saldanha resigning as an MLA before joining the AAP in the presence of Delhi Chief Minister Arvind Kejriwal in Delhi.

“Recent happenings in the state had forced me to take a stand that was in opposition to the government,” Saldanha said explaining how she was opposed to the contentious three linear projects, particularly the railway track doubling that she said would come at the cost of the residents in her constituency.

“I felt it was my duty to stand by the people. I will do that till my last breath. I was feeling suffocated. The party also felt that I was an obstruction to their goal which was anti-people,” Saldanha said.

A total of five MLAs have resigned in recent weeks with three having joined the BJP, Saldanha joining the AAP and Faleiro joining the Trinamool Congress. A sixth — Churchill Alemao of the NCP has joined the TMC without resigning as an MLA.

The Congress has meanwhile said it has shut its doors to those who had ditched the party and joined the BJP.

9 Silger protesters on way to Raipur placed in isolation after...

Afternoon brief: Delhi man who was shot at in Ukraine readies...