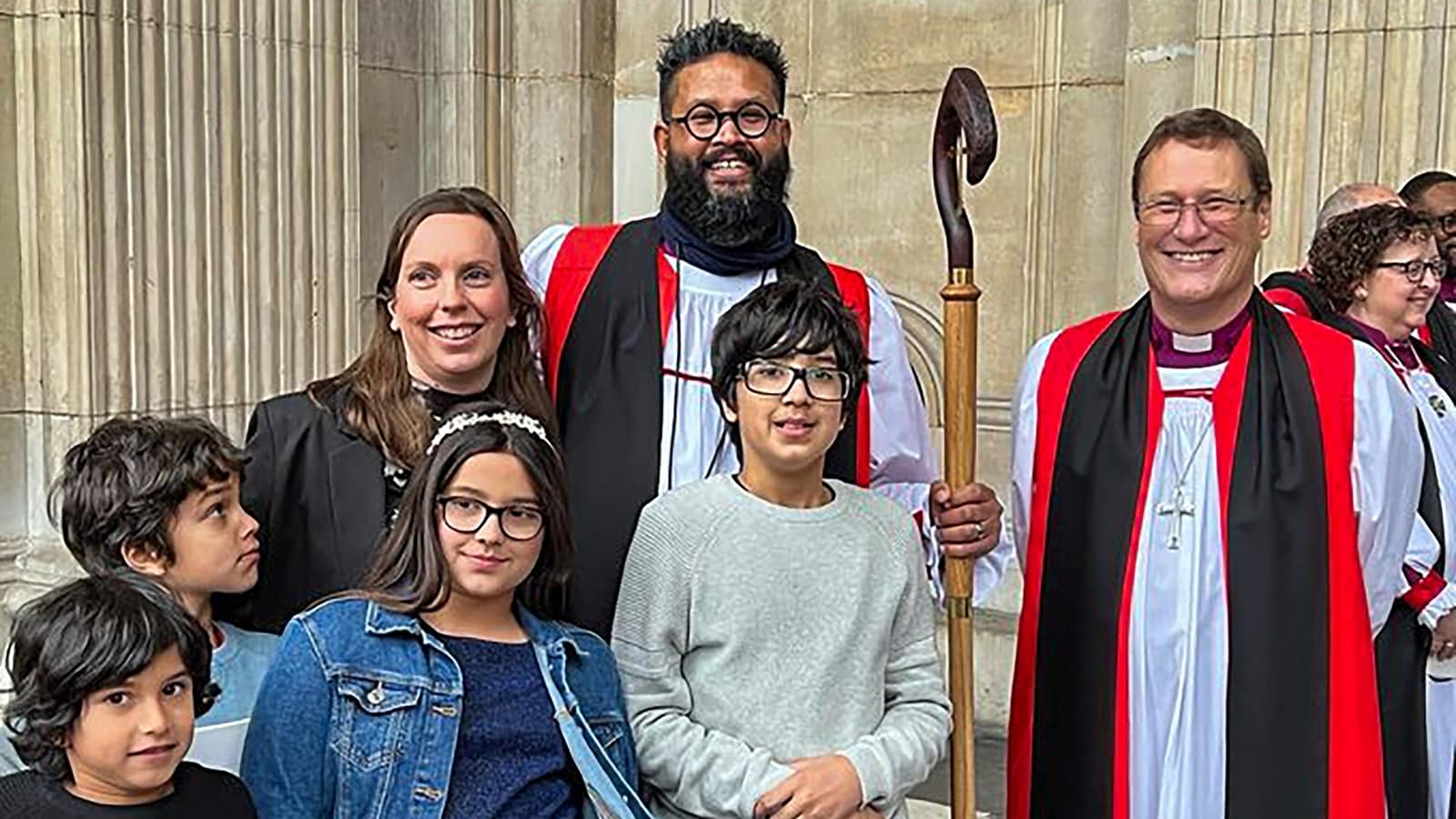 An India-born vicar, who grew up in a leprosy hospital in Bangalore where his mother was a nurse, has been consecrated as Bishop in the Church of England with a staff, or crozier, made of Indian rosewood.

The Right Reverend Malayil Lukose Varghese Muthalaly, known as Saju, aged 42 became one of the youngest Bishops when he was consecrated during a Eucharist service at St. Paul’s Cathedral in London by the Archbishop of Canterbury on Tuesday.

“I have been preparing for this service very much aware of what a great privilege it is that people around the world are praying for this moment. There is a very strong sense of the wider church affirming this calling,” said Rt. Rev. Saju.

Two of his four children, Zipp and Abraham, joined him for prayers during the service this week.

While he has started work towards his new role, he will be formally installed and known as Bishop of Loughborough only after a Welcome Service with guests and representatives of the diocese at Brockington Church of England Academy in Enderby, Leicestershire, on February 5.

The service in London marked the feast day of the conversion of St. Paul the apostle, and an insightful sermon was preached on that topic by Dr Selina Stone, tutor and lecturer in theology at St. Mellitus College.

“I absolutely loved the service… There were so many people there cheering you on from here in Leicestershire and from Dubai, from India and other parts of the world,” Rev. Saju told the BBC.

Rev. Saju has previously spoken about how he was born in India and spent the first half of his life there, around the beautiful backwaters of Kerala and then Bangalore. He has spent the last 21 years in England, where he arrived during a gap year and fell in love with Katy, now his wife.

“I sensed the call to live and work in England. And now, Loughborough feels like home. Our experience is that Leicestershire people are so welcoming,” he said.

On his priorities for his new role in the East Midlands region, the reverend added: “The first year I want to just spend time with as many people as I can. I am a stranger to this place, there’s a lot to learn and a lot to listen to.”

He also revealed his early to bed, early to rise routine, which includes lots of reading and reflecting. With his four young children, aged between eight and 12, he enjoys playing cricket, which he believes is among the most beautiful contributions the English have made to the world.

As a sporty person, he also enjoys running and has completed a few marathons.

Saju, whose appointment as Bishop in the Church of England was approved by Queen Elizabeth II in November last year, was educated at the Southern Asia Bible College in Bangalore, and trained for the ministry at Wycliffe Hall, Oxford. He served his title at St. Thomas’, Lancaster, in the Diocese of Blackburn and was ordained Priest in the Church of England in 2009.

Previously, Saju was appointed Associate Vicar at St. Thomas’, Kendal, and St. Catherine’s, Crook, in the Diocese of Carlisle, north-west England, in 2011. He has served at St. Mark’s, Gillingham and St Mary’s Island in the Diocese of Rochester since 2015 – initially as Priest-in-Charge, before being appointed Vicar in 2019.